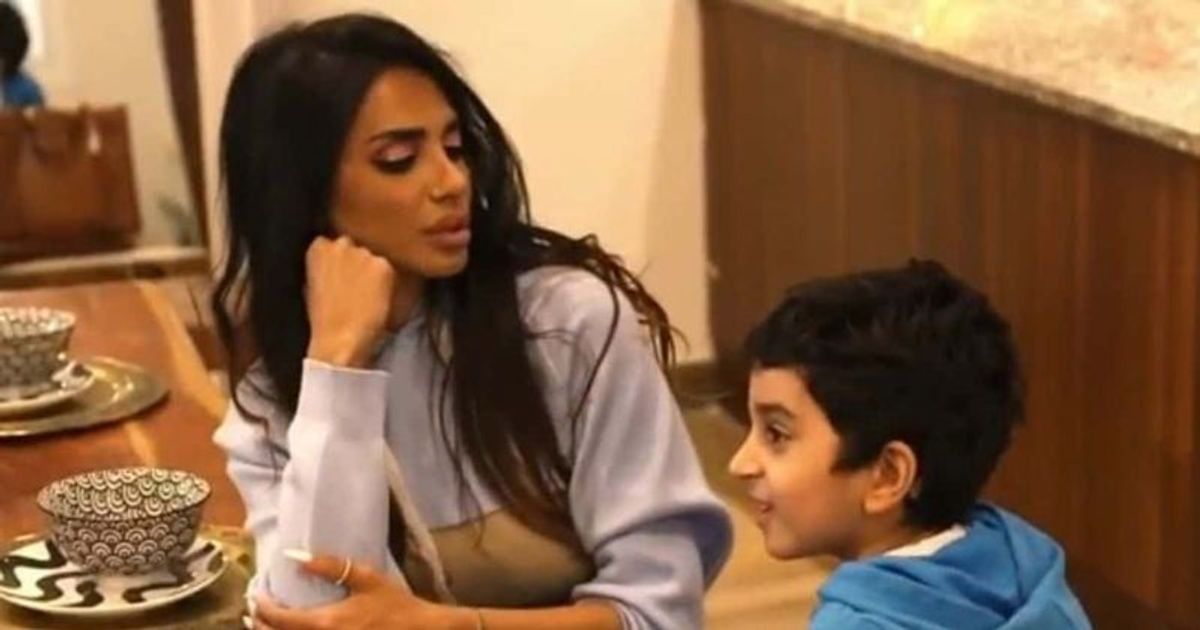 “Sara said she will NOT make sure her son grows up to be a misogynistic bully! She holds him right next to her. Yes,” tweeted one fan

In the latest episode of The Real Housewives of Dubai, Sara is shown spending time with her six-year-old son named Maktoum and baking a cake. She asks him if the cooking is for men or women and her son replies “both”, which Sara approves. Sara reveals in her confessional that the Arab world encourages toxic masculinity and misogyny and she doesn’t want to raise her son that way. She believes men should be more open about their feelings and should be raised to express their feelings. She can also be seen teaching her son the traditional way of eating on the floor. She talks about her childhood and the traditions she would follow. Sara reveals the values ​​her parents taught her and how they were her best friends. She explains her upbringing and how she would like to raise her son differently. She mentions that raising her son traditionally is difficult in the modern world, but she is determined to keep her traditions alive.

Sara’s love life includes two ex-husbands, but she’s kept the details of those relationships private. However, in tonight’s episode, she reveals how she got involved in such toxic relationships that it took her a long time to recover from the trauma. She also reveals the difficulties of being a single mother and how she doesn’t want to raise her son the way her ex-husband wants.

Fans were quick to praise Sara for her parenting skills. One fan tweeted: “Love how @sara_almadani_ is raising her son! She is absolutely right. Young boys are people and should be raised to express their feelings. I’m sure it’s not easy in such a male dominated culture #RHODubai.” “I know it’s only the second episode but I love Sara’s vibe and her relationship with her son is so sweet. #rhodubai,” another fan commented. “#RHODubai Sara: cooks for men or for women her son: both amen teach them to be young because many boys grow up thinking that the kitchen is only for women ‘ one fan pointed out. “Sara said she will make sure her son does NOT grow up to be a misogynistic bully! She holds him right next to her. Yes #rhodubai,” one fan remarked. “I live for Sara raising her son and consciously preserving her culture. It has a beautiful blend of traditional and modern values. We need more of this on @BravoTV. #rhodubai #bravo,” gushed one fan.

Fans also praised Sara for stepping out of an abusive marriage and for her bravery. “Now we find out that Sara’s ex abused her. Shoutout to these women for breaking away from their trauma and speaking out about therapy without shame! Love this cast #rhodubai,” one fan tweeted. “So happy we came to Know the Queen Better Today! @sara_almadani_a great friend and mom, she is a social butterfly and brings personal stories to the show! I knew she would be my girl #rhodubai,” gushed one fan.

Real Housewives of Dubai airs every Wednesday at 9/7c on Bravo.