RHOC Alum Opens Up About Tamra Judge: ‘I Literally Thought She Was Hitting Me’ 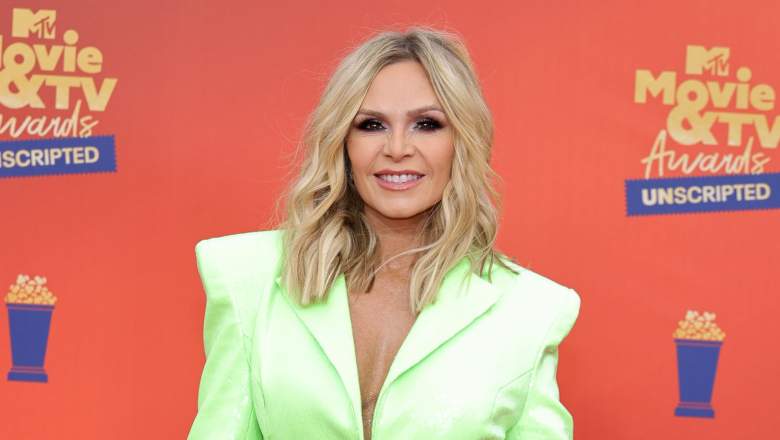 Alexis Bellino began starring on “Real Housewives of Orange County” in Season 5 and left the show after Season 8. As fans know, the RHOC graduate has had some issues with her former co-star Tamra Judge. During an August 2022 interview on the Behind the Velvet Rope podcast, Bellino shared that a scene from Season 8 Episode 4 where Judge made her leave a party at her gym was an iconic RHOC moment. The 45-year-old also revealed that she thought their heated interaction was going to get physical.

“I literally thought she was going to hit me because she jumped right in my face and I was like, oh, if she hits me it’s going to go down, so it’s funny,” Bellino said.

She clarified that she wasn’t afraid of a possible physical altercation with Judge while filming Season 8 Episode 4.

“I wasn’t scared but I really thought she would, I mean I mentally prepared myself, you might get a black eye right now, but she won’t look pretty either when I’m done with it. It didn’t matter that if she did something like that, I wouldn’t go down without standing up for myself,” the former television personality explained.

She also shared that she believed Judge would “do anything for television.”

“I was expecting it — even if she was arrested, I mean, she would hit me and get arrested and I probably wouldn’t care, so I was just ready,” Bellino said, laughing.

While recording the Behind the Velvet Rope podcast, Bellino noted that she is friends with Emily Simpson, who joined the RHOC cast in Season 13. The former Bravo star shared that she gave Simpsons tips for starring on the show. She also explained that she rarely warns RHOC personalities about their co-stars, but insisted Judge was the exception.

“I still wanted to raise her and help her in many ways if I could, but I didn’t want to do it by putting other people down or whatever. I warned her about Tamra, there is no love lost. I have no problem saying that about Tamra because I really believe that she is the devil on earth so I really want to help people in that way and say don’t trust her as far as you can see her you know , she’d do anything, so if Bravo asks her back, that’s probably why, right? Because she does everything,” Bellino assured.

In July 2022, Judge announced that she would be returning to RHOC for season 17 after a two-year absence. During a July 2022 episode of the Two Ts In A Pod podcast co-hosted by former Real Housewives of Beverly Hills personality Teddi Mellencamp Arroyave, the RHOC star shared that her husband Eddie Judge was splitting up she was happy to have Bravo back.

“I think he’s happy because there are certain cast members that I won’t name that are no longer on the show who said some horrible things about him and just went about our business. He doesn’t have to worry about that anymore because the girls that are there, except for one, just don’t fit there, so he was happy. He’s excited,” explained the reality TV personality.

The seventeenth season of RHOC is currently in production.