“RHOBH”: Who is Guraish Aldjufrie? Kyle Richards reveals why she ‘feels bad’ about her first husband. 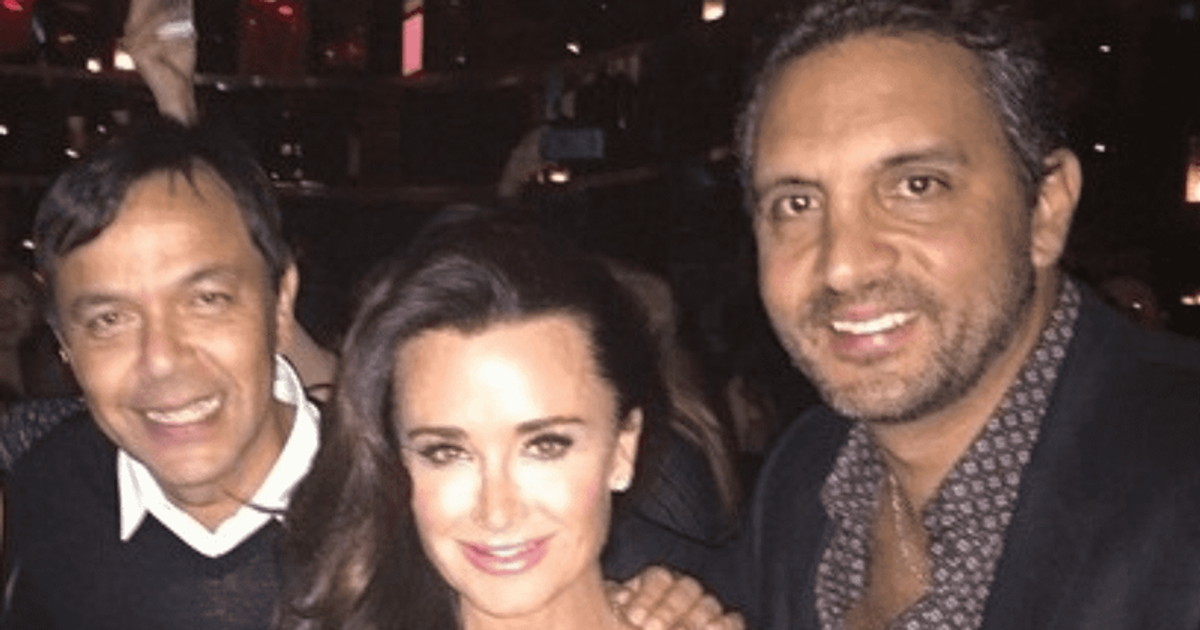 Unfortunately, while Kyle managed to move on from her divorce, marry Mauricio, and start a new family, Guraish couldn’t do the same

‘Real Housewives of Beverly Hills’ star Kyle Richards and her husband Mauricio Umansky could be the perfect couple with their beautiful home and loving kids. But it may surprise many that Mauricio, or Mo as she affectionately calls him, isn’t her first husband.

Before falling in love and marrying the Mexican dreamboat, Kyle was briefly married to Indonesian real estate magnate Guraish Aldjufrie. On the upcoming episode of The Bravo Show, Kyle opens up about her ex-husband and why she “feels bad” for him while discussing her divorce. If you’re curious to learn more about Kyle and Guraish and the reason for their divorce, then read on.

Guraish Aldjufrie is an Indonesian businessman currently residing in Bali. He is engaged in land development and real estate. Though Kyle never went into details about their first marriage, the couple reportedly met at a Tina Turner concert. Kyle was still a teenager when she met Guraish, but the pair hit it off almost immediately. After dating for a while, the couple decided to take their relationship to the next level and got married in 1988. Kyle was just eighteen when she married Guraish.

Kyle became pregnant with the couple’s first child during the first year of their marriage, giving birth to Farrah Brittany Aldjufrie. Unfortunately, although Kyle and Guraish were in love with each other, things didn’t work out between them and the couple separated two years later in 1990 and divorced in 1992. Kyle explained in her confessional that although they were divorced, they continued to care for each other. “My ex-husband and I really care about each other and just because we got divorced young it never went away. And we both always put Farrah first.”

Kyle finally revealed the reason for the divorce from Guraish in the upcoming episode. She explained that she was too young when she got married, which eventually led to their divorce. “He loved me. We have a beautiful daughter together. I loved him. And, um, I was just too young to be married.” Unfortunately, while Kyle managed to move on from her divorce, marry Mauricio, and start a new family, Guraish couldn’t do the same. Kyle revealed her husband never remarried after their divorce and said she feels “bad” about it. “My ex-husband never remarried. And I feel so bad because honestly he’s such a good guy.”

That doesn’t mean there’s any bad blood between Guraish and Mauricio, though. The housewife revealed that the two men are actually good friends. “He’s a great guy, and he and [my husband] Mauricio are good friends.” In an interview with The Daily Dish, Farrah also revealed that both their fathers had a great relationship. “They (Kyle & Guraish) were super, super young when they got married. They always remained very close, extremely good friends,” she said. Even Mauricio is a fan. “He’s very, very close to my mom and Mauricio, like they’re great, great, great friends. I always say I have two fathers; they both raised me,” Farrah explained. “They both get along surprisingly well. You did it [real estate] shops together. My father is constantly referring clients to Mauricio. We all get together, he’s coming to our house for Christmas, Thanksgiving, it’s all good. It’s funny because I’m an only child in a house [with my dad] and then I have this huge family in this other house [with my mom and three younger sisters], so it’s kind of the best of both worlds. There is no real separation or divide.”

Real Housewives of Beverly Hills season 12 airs every Wednesday at 8:7c on Bravo