RHOBH Star Says Producers Know ‘There Must Be A Shake’ 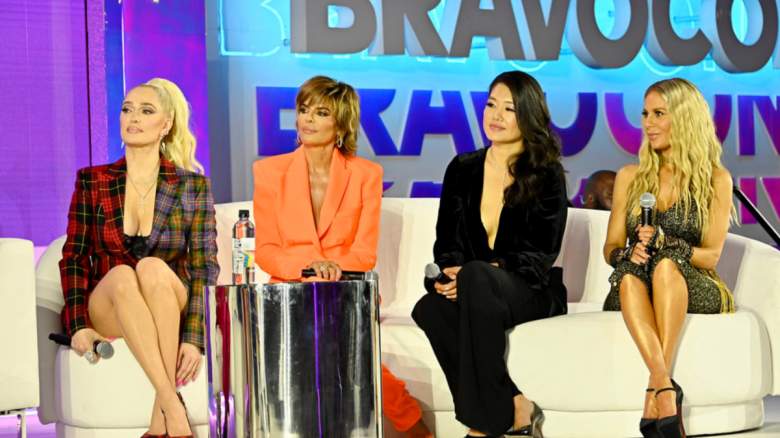 A Real Housewives star opened up about the current state of things in the Beverly Hills franchise after Season 12 ended on a tense note.

During an AMA on Reddit Talk on Nov. 14, 2022, Brandi Glanville shared her thoughts on where “The Real Housewives of Beverly Hills” should go.

“I really feel like they need a shake up right now,” Glanville said when asked if she’d ever want to join a “Legacy”-style RHOBH line-up — to which she directly replied, “Absolutely.”

Discussing what Glanville would like to see with the cast, she said producers should bring her back — as well as former star Adrienne Maloof.

“Let’s start over again. Let’s see what happens to that,” Glanville said. The two people she didn’t want to see back? Joyce Giraud and Dana Wilkey.

Glanville hasn’t exactly played coy when it comes to her possible RHOBH return. In an October 2022 interview with Access Hollywood, she opened up about the possibility.

“I’m not responsible for that,” she said. “Since they all kinda live in Encino and I live in Calabasas, sure. They should do something like Valley Housewives,” she added.

Interestingly, Erika Jayne said she would love to see Glanville return to the franchise.

“Here’s the thing: Brandi is telling the truth whether you like it or not. Even though she called me ‘the most overrated housewife’ the other day, I still love her for it,” she said during “Watch What Happens Live” at BravoCon 2022.

“I’d rather have that than Bullen***. And I want to say something else, you don’t have to like everyone in the group, but you can respect people for being genuinely honest, and Brandi does that,” she continued.

During her Reddit AMA, Glanville said she’s still in touch with Kyle Richards and Lisa Rinna. However, when it comes to Erika Jayne, she said the two don’t actually talk to each other.

Later in the interview, Glanville was asked about casting rumors, specifically a report that she and Lisa Vanderpump were in talks to return to the show.

“I really can not. I mean I wish I could tell you everything. The only thing I can really say is that I know they’re not filming right now because they definitely know there has to be a restructuring,” she said.

“I don’t know what they’re going to do and I can’t really comment on anything,” she continued.

When Glanville was asked if she was “surprised” that there was a break in filming between seasons, she said no.

“No, because I think [like we were] When we were talking about it earlier, it got a little dark and I feel like people don’t want to see that, so I think they’re trying to figure out what to do,” she added.