RHOBH Star reveals cancer diagnosis: ‘I got the call this morning’ 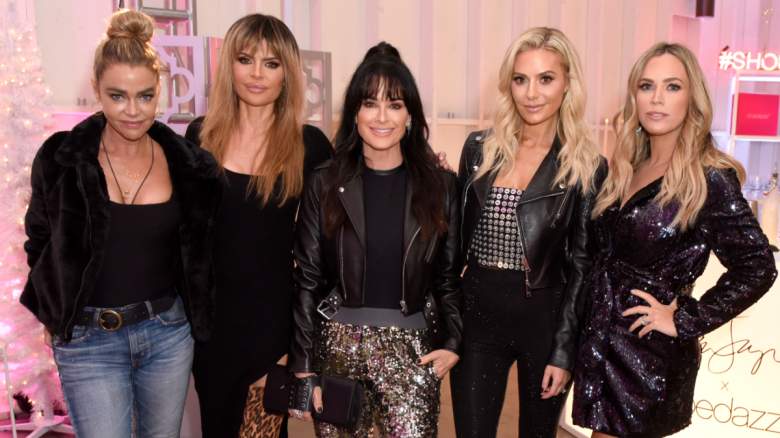 A Real Housewives of Beverly Hills star has revealed her recent cancer diagnosis.

On October 11, 2022, Teddi Mellencamp announced in a candid post she shared on Instagram that she was diagnosed with stage II melanoma.

“Melanoma Awareness Update. Despite my anxiety, I listened to the doctors and went for my 3 month skin check last week for my previous melanoma. They said I had another abnormal spot near my last one, so they did a biopsy. Got the call this morning Stage 2 melanoma,” she wrote.

The mother-of-three said she will be meeting with an oncologist on Wednesday, October 19, 2022.

Mellencamp shared a picture of a patch covering an area of ​​skin on the back of her shoulder where a biopsy was being taken.

“This is all pending some additional testing and biopsies being taken from other sites nearby today,” Mellencamp said. She went on to encourage her followers to go in and have their skin checked whenever their doctors recommend it.

“I wanted to call this off so bad. ‘What could happen in 3 months?’ I thought. Apparently a lot. I keep sharing this journey because I was a 90’s teenager and I used baby oil and iodine to tan my skin. I never wore sunscreen or had my moles checked until I was 40. This was such a wake up call for me and I hope for all of you to love and protect the skin you are in,” she added.

According to the American Cancer Society, stage II melanoma requires surgery and might require additional treatment based on testing. Sometimes a patient may have lymph node involvement, so a biopsy of the lymph nodes may be needed. In some cases, doctors may prescribe a drug called “pembrolizumab,” which “may help reduce the risk of the cancer coming back.”

Unfortunately, this is Mellencamp’s second battle with melanoma. The former reality star was diagnosed back in March after a visit to a dermatologist.

“On my way to work, so I’m all glam. However, this is a reminder, please go to your annual skin exams. I had avoided mine for a very long time due to my own anxiety but when @kylerichards18 saw my back and it had changed color again she immediately took me to the doctor who within minutes said it looked like melanoma and did a large removal . ” Mellencamp shared on March 17, 2022.

She went on to say she was trying to stay positive and engaged while waiting for the results.

A few days later, Mellencamp provided fans with an update.

“I got my results back and it’s good news: melanoma in situ, which means the cancer cells were contained in that area of ​​my skin and didn’t spread deeper! I feel blessed and relieved but also grateful to have hard working friends and doctors to watch over me,” she wrote in another Instagram post. She said she needed to go for three-monthly check-ups – but seemed in good spirits nonetheless.

CONTINUE READING: Nene Leakes gives update on her son: “We are just shocked”