RHOBH Star Opens Up About Lisa Rinna’s Social Media Behavior: ‘Get Off Social’ 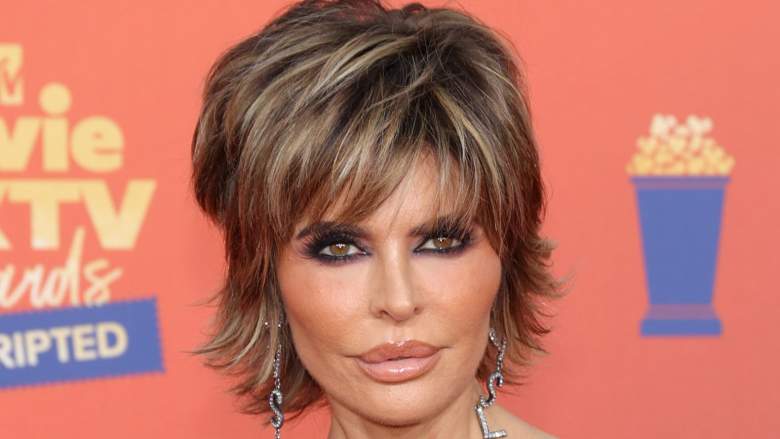 Real Housewives of Beverly Hills star Crystal Kung Minkoff spoke about her co-stars during a November 2022 episode of the Everything Iconic podcast hosted by Danny Pellegrino. In the interview, the reality TV personality shared her thoughts on Lisa Rinna’s behavior on social media.

During the taping of the podcast episode, Pellegrino shared that he believed Dorit Kemsley and Lisa Rinna would not be returning to RHOBH.

“I have the feeling that Dorit and Rinna are out. Am I wrong?” asked the podcast host.

Minkoff replied, “I’ll let you say those things, okay.” She then suggested that she believed there are members of the cast who aren’t the most level-headed.

“I don’t know, I mean, do I think there are people who have kind of lost – actually lost the reality of what’s going on? Yes, yes,” Minkoff said.

While the 39-year-old didn’t confirm that she was referring to Rinna, she did share that she disapproved of how the “Melrose Place” actress is treating herself on social media.

“I enjoy Rinna. Like off-camera, she’s kind of different, but then I see her on social media and I’m like, what is — what the heck. Just step out of the social circle,” Minkoff said.

The mother-of-two then shared that she didn’t think Bravo could coerce the ‘Days of Our Lives’ star into not posting on social media.

“If you don’t ban social media like all cast members do, people will do what they want,” the reality TV personality said.

She went on to say that she, Sutton Stracke and Garcelle Beauvais have decided not to engage with RHOBH on social media.

“We run the show and then we live our lives, you know, like it’s hard to see and like experience and whatever. But how I choose not to engage in this way. But some people just feel like they need to dig in their heels and like I said looking at the edit like I’m giving that up while [Rinna] not, and that’s just a different personality,” Minkoff explained.

During a November 2022 episode of Virtual Reali-Tea Podcast by Page Six, Stracke shared that she was unhappy with how Rinna behaved on and off RHOBH. She pointed out that the “Melrose Place” actress has continued to claim that Kathy Hilton engaged in aggressive behavior after leaving an Aspen club during a cast tour. Rinna also claimed the Paris in Love star spoke negatively about her castmates, including her sister Kyle Richards.

“I just wish it would stop, I don’t think it does anyone any justice. I think it just hurts everyone and I think it makes us all look bad. Just let it stop,” said Stracke.

The RHOBH cast performed at BravoCon 2022, held over the weekend of October 14th. During a panel, Rinna was booed by viewers. In an October 2022 interview with Entertainment Tonight, the 59-year-old shared that she wasn’t impressed by the negative reaction.

“I got booed and then I took them off and I’ll tell you what made it so fun, I loved it so much, everyone was worried about me and I was like, ‘Why are you worried? It’s fabulous.’ I’m like a wrestler, I’m like WME, I think I made it,” Rinna said.