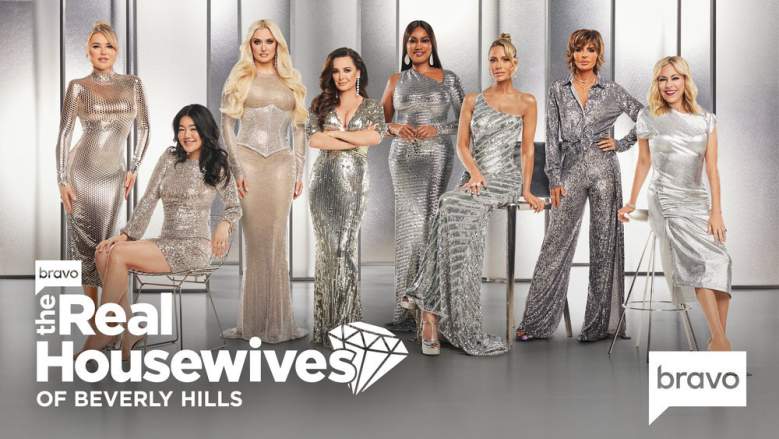 Have you ever wondered how rich housewives actually are? Here are the “RHOBH” cast members, ranked from wealthiest to least, according to Celebrity Net Worth, along with what you need to know about how they made their money:

According to the experts at Celebrity Net Worth, the newest cast member of “RHOBH” Diana Jenkins tops the rankings with an estimated net worth of $300 million. According to Bravo, Jenkins, whose full name is Sanela Diana Jenkins, was born in 1973 in Sarajevo, then-communist-controlled Yugoslavia. The country is now known as Bosnia and Herzegovina. She fled Yugoslavia as a refugee while studying at Sarajevo University, according to her foundation’s website.

“The Bosnia I grew up in was part of Yugoslavia, a collection of states that also included Slovenia, Croatia, Serbia, Montenegro and Macedonia. Despite centuries of historical tensions between different ethnic and religious groups, Jews, Muslims and Christians lived and worked together in the rolling hills and scenic river valleys of Bosnia. My parents were middle-class citizens who made it possible for me and my younger brother Irnis to live comfortably,” she says on her website. “In 1992, that easy life was swept away. My life – and the fate of Bosnia – irrevocably changed course when Serbian bombs began falling and snipers targeted schoolchildren. Serbia began brutal aggression against Bosnia and Herzegovina in 1992. In the four years that followed, nearly 45% of Bosnia’s 4.5 million people were displaced as Serb forces besieged cities and wiped out entire neighborhoods. More than 200,000 people were murdered – including thousands of children.” Her brother was among those killed.

Along with their business ventures, Jenkins’ net worth grew following her divorce from her husband, Scottish business tycoon Roger Jenkins, in 2012. According to The Scot, Roger Jenkins gave his ex-wife $150 million in their divorce settlement, calling the split the “happiest of all.” divorce ever”. Diana and Roger Jenkins have two children. They split up their properties, including a $25 million home in California where she continued to live with her children, The Scotsman reported.

Jenkins, who is now engaged to actor, dancer and musician Asher Monroe, sold this home for $87 million in 2021, according to the Los Angeles Times.

Kyle Richards has a net worth of $100 million, according to Celebrity Net Worth. Richards, a child actor-turned-entrepreneur, is married to Mauricio Umansky, who, according to Forbes, made millions from real estate as CEO of billionaire brokerage firm The Agency. The business news website said Umansky, who has been married to Richards since 1996, was once one of the top-selling real estate agents in the US before starting his own business. The couple have three children and Richards has a fourth daughter from her first marriage.

Richards also had her own business ventures, including appearing on the Home Shopping Network (HSN) to sell her clothing line and owning boutiques that are now closed. In 2011 she published the book Life Is Not A Reality Show. According to reports from The Sun and Womens Health Mag, Richard’s salary from Bravo for “RHOBH” ranges from $270,000 to $500,000 per season.

Dorit Kemsley has a net worth of $50 million, according to Celebrity Net Worth. Kemsley’s net worth comes from her career as a fashion designer and her husband, real estate developer Paul Kemsley, according to the site. The couple has been married since 2015. They have two children together.

Kemsley has developed swimwear and bridal lines, including through her current venture, Beverly Beach by Dorit. According to her company’s website, “Beverly Beach by Dorit is a culmination of Dorit Kemsley’s design history and her love of fashion and the fabulous life. Dorit spent 10 years of her career specializing in luxury Italian swimwear and ran her own business before taking a short break to start her family. Inspired by her desire to be able to chase after her kids while still feeling sexy and comfortable on the beach, Dorit has created a collection that empowers women to live their chicest, most glamorous and stylish lives. All swimwear is proudly made and manufactured in Los Angeles, California.”

Paul Kemsley made his fortune from real estate, but took some of her net worth from a gambling habit, according to Radar Online. In 2022, he settled a $2.27 million debt with the Las Vegas casino Bellagio, according to court records obtained by Radar. The Sun reported in 2021 that the Kemsleys owed the IRS $1.3 million in unpaid taxes from 2015.

When the couple separated, Stracke kept their Bel Air home as part of the divorce settlement, according to public records. Bravo Bone Collector, citing court documents, announced in 2021 that Stracke had also received half of her ex-husband’s shares in PIMCO, more than $1.2 million in cash, two cars, artwork, parts of several other investments , including interests in minor league baseball teams in Idaho and Georgia, and received spousal support of $300,000 a month.

According to Zillow, Stracke sold her Bel Air home in June 2020 for $7.7 million. According to public records, the home was purchased by her and her then-husband in 2012 for $7 million. Also in 2020, Stracke bought a home in Bel Air for $5.35 million, according to Bravo. According to Bravo, she also owns homes in Georgia, where she was born, and in New York City. During the reality show’s 11th season, it was revealed that Stracke was renting one of Kyle Richards’ homes for $20,000 a month while her new mansion was renovated.

Crystal Minkoff has a net worth of $30 million, according to Celebrity Net Worth. Minkoff is an entrepreneur and married to Hollywood director and producer Rob Minkoff. According to his IMDB, he is best known for directing Disney’s The Lion King along with Stuart Little 2 and The Haunted Mansion. They have been married since 2007 and have two children. They own a mansion in Bel Air that was bought in 2010 for $2.3 million, tore it down and rebuilt a new home that is now worth $14 million, according to Celebrity Net Worth and public records .

Crystal Minkoff is the founder of Real Coco, a water and beverage company, according to her Instagram profile. She founded the company with Brian Bardos and Jeffrey Kung and it is described on his Instagram as “Premium Organic Coconut Drinks made from #FarmToBottle”. According to University of Michigan alum networking website Food & AG, Jeffrey Kung, Crystal’s brother, founded the company in 2012 with her and Bardos, his childhood friend.

Kung said of the company on the Michigan blog, “Our commitment to quality, sustainability and transparency have proven to be values ​​shared by us as a company and by our loyal customers. To date we have sold over 50 million bottles of coconut water, coconut milk and non-dairy coffee creamer. In 2020, Real Coco is on track to hit over $15 million in revenue with over 100% year-over-year growth. We are actively raising capital to keep coconut water momentum.”

Lisa Rinna has a net worth of $10 million, according to Celebrity Net Worth. Her wealth stems from her career as an actress and entertainer, which includes roles on Days of Our Lives and Melrose Place. Her husband, Harry Hamlin, is also an actor. They have two children together. The couple co-owned a boutique, BElla Gray, which closed in 2015, according to Racked.

Rinna and her family live in a $5.9 million Beverly Hills home, according to Hello Magazine and Heavy’s public records. Rinna and Hamlin bought the home in 1987 for $1.12 million. It was last valued at $5.9 million by Zillow.

According to The Sun, Rinna is being paid $500,000 per season to appear on RHOBH. She has also designed her own clothing line, the Lisa Rinna Collection, which has been sold on QVC, and a cosmetics line, Rinna Beauty, according to her website, and has authored three books, including The Big, Fun, Sexy Sex Book, Rinnavation: Getting Your Best Life Ever and Starlit: A Novel.

Garcelle Beauvais has a net worth of $8 million, according to Celebrity Net Worth. Like Rinna, Beauvais made most of her wealth through her career as an actress, entertainer, and model. Born in Haiti, she has starred in The Jamie Foxx Show, NYPD Blue and Coming to America. She joined the RHOBH cast in 2019 and is also a co-host on Fox’s The Real.

Beauvais has been married twice, to Daniel Saunders, a music producer, and talent agent Mike Nilon, and she has three children, two with Nilon, twin sons and one son with Saunders, according to her social media pages and Bravo bio. She and Nilon divorced in 2011 after she accused him of cheating on her, according to Bravo. Beauvais and her children live in a $1.2 million San Fernando Valley home, according to public records. According to Bravo, she’s also building a beach house in Ventura County.