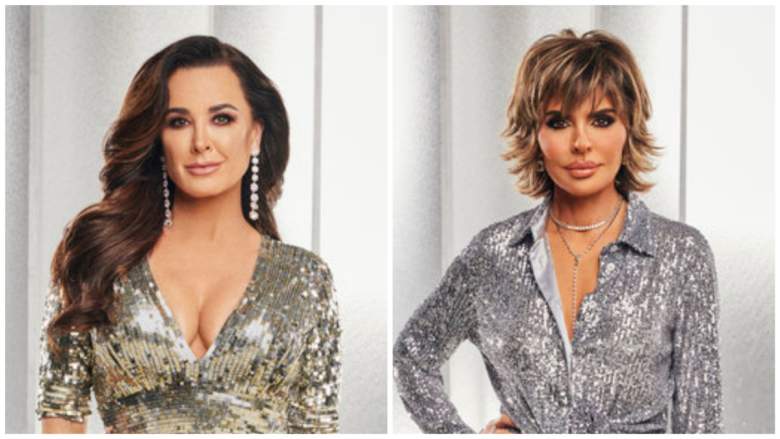 The current season of The Real Housewives of Beverly Hills has been one of its most shocking seasons yet — and the explosive cast trip to Aspen hasn’t even aired yet.

In one controversial scene from the “Calamity Jayne” episode of the Bravo reality show, Erika Jayne was seen swearing at Garcelle Beauvais’ teenage son, and in another scene it was RHOBH stars Kyle Richards and Dorit Kemsley and her husbands Mauricio Umansky and PK Kemsley seen laughing at Jayne’s behavior. In another scene that angered fans, Richards was also shown questioning and becoming aggressive with Sutton Stracke’s story about her previous miscarriages.

Additionally, veteran RHOBH star Lisa Rinna has been hit with backlash over controversial comments about the race and the cast of “Real Housewives of Dubai,” according to Us Weekly. And newcomer Diana Jenkins has rubbed fans the wrong way after a social media scandal.

All in all, things weren’t looking good for some of the Beverly Hills-based Bravolebrities, and some fans are wondering if a major cast change is warranted.

The July 6 episode of RHOBH had sky-high ratings after the release of two teaser clips hinting at the controversial scenes. TV Deets and other outlets reported that the episode “Calamity Jayne” drew more than 1 million viewers.

In a Reddit thread, one fan noted, “Despite all the uproar, RHOBH racked up over 1 million views this week and had a higher viewership than last week. Do we think that means the cast is unlikely to change?”

“Bravo successfully played the hate-watching game by releasing these viral previews before the episode aired…. We all complain about BH (including me) but let’s face it we’ll all watch the mess,” one fan wrote.

“Watching hate is just as high as watching normal, which means Bravo has no incentive to change anything,” agreed another.

Others speculated that the cast is unlikely to change.

“There’s no way they’re going to change that cast… it’s pretty much the only show on Bravo rn averaging over 1 million viewers,” one viewer wrote.

“Erika, Lisa Rinna, Diana, Dorit and Kyle are probably not going anywhere anytime soon, and if they are fired individually or collectively from Beverly Hills, another housewife even more outrageous at antics will be hired to replace her.” Why? Because Bravo doesn’t care about your outrage: Bravo cares about your viewers,” wrote another.

“People forget that Bravo is a company and its moral compass makes profits. Whether Kyle is mean or Diana is racist, as long as they’re bringing in viewership, they’re a keeper. If you’re waiting for Kyle or Rinna to get fired, don’t hold your breath. If they don’t go of their own accord, they can stay as long as they continue to be problematic,” added another fan.

Some of the RHOBH cast members have addressed their long stints on the show. Richards has been a cast member since RHOBH’s inception in 2010. In an interview with Time, she said she couldn’t see herself leaving the show.

But after filming a wild 12th season, she might have had a different attitude — and that was before backlash over her behavior started.

“I’m always like, ‘I don’t know,’ and every season I’m like, ‘Well, maybe I can do another one,'” she told E! News earlier this year. “And sometimes I’m just like, ‘As can I continue?’ especially when I’m really upset, like last season when we ended.”

Richards admitted that she initially thought it was “absolutely impossible” for her to return to RHOBH after Season 12 went off the rails, but added that she’s still thinking about what she would do if the show would be extended. “I don’t know,” she revealed. “I just take it every day.”

Lisa Rinna, who has also come under fire, is also said to be reconsidering her status as a housewife. A source told SoapDirt that Rinna is “reportedly considering making season 12 her last.”

She has been a full-time cast member on The Real Housewives of Beverly Hills since 2014.