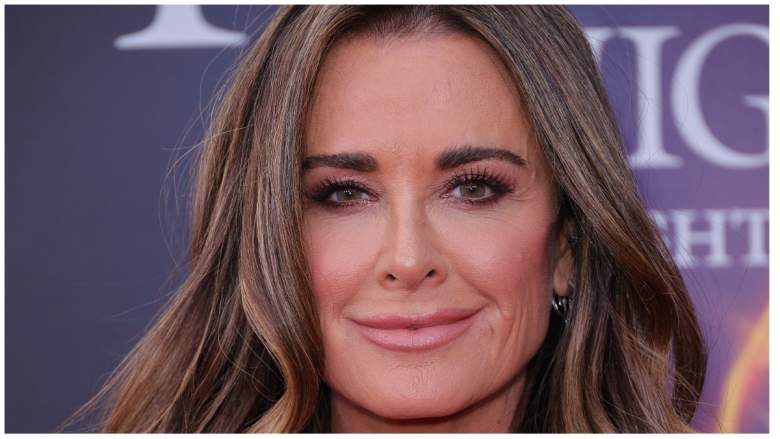 It’s been five years since Kyle Richards’ home was robbed. In December 2017, The Real Housewives of Beverly Hills star’s Encino mansion was broken into while her family was staying at their vacation home in Aspen.

According to TMZ, thieves stole more than $1 million worth of handbags and jewelry, as well as an expensive watch collection belonging to Richard’s husband Mauricio Umansky, including a watch given to Umansky by his late grandfather and Richards’ gold wedding ring inscribed “Mauricio forever ‘ engraved on it.

“They took everything — all my bags and bags and jewelry that my mother left me,” Richards later told Vogue.

But fans of Reddit using Real Housewives aren’t missing a trick, and some questioned a new RHOBH scene that showed Richards carrying a designer bag she carried during a cast tour that took place years before the robbery.

In a September 2022 Reddit thread, a screenshot from a RHOBH season 12 episode showed Richards carrying a sequined Chanel bag to Dorit Kemsley’s Homeless Not Toothless charity event. A second snap showed the Bravo star carrying the same bag during a cast trip to Amsterdam in 2015.

“Kyle Richard’s purse. Same bag??? asked a Redditor. “Amsterdam’s Sequin Chanel is back again at the Homeless Not Toothless event…was she honest about the burglary?”

Other commenters responded with possible explanations.

“They make more than one of the same bag…could have bought them again…” wrote one Redditor.

“I remember her saying she’s rebuilding her bag collections so I can imagine her buying the same bags,” agreed another.

“It could also be a representative. You can get reruns of classic Chanel bags that are no longer made,” wrote another.

“Wasn’t she out at the time of the break-in? This bag could have been packed and not in the house,” suggested another.

“Kyle and Mauricio aren’t dumb enough to carry one of the supposedly stolen bags on camera lol,” chipped in another. “Either she had this bag with her when she traveled, she slightly exaggerated that every single bag was stolen (maybe this one was with one of her daughters or something at the time) or she bought a new one on the used market.”

“She said the bags and jewelry had significant sentimental value to her, so she wanted to buy them back. Kyle has the money and resources to rebuild the collection. …. I 100% believe she was burgled,” wrote another fan.

Richards was devastated when priceless family heirlooms were stolen from her.

“Everything my late mother ever collected and saved to give to me — what I always imagined I would pass down to my four daughters — was gone,” she told People. “Even my kids’ baby bracelets. Of course, those are the things that hurt the most, things I can’t replace. You are invaluable.”

But she admitted to Fashionista that she was just as “hurt” by the stolen handbags.

“You think robbery, you think jewelry, but when I found out all my bags were stolen I was so shocked,” she said. “The material things, yes, they can be replaced, but they also hurt. I’m embarrassed to say this, but these are things that were either given to me by someone I care about or have worked really hard for. So it hurts no matter what.”

Richards has been on the hunt ever since to rebuild her handbag collection — times five.

“Let’s just say I do very good,” the RHOBH star told Vogue of her backup plan. “I try to get four of everything for each of my daughters.”