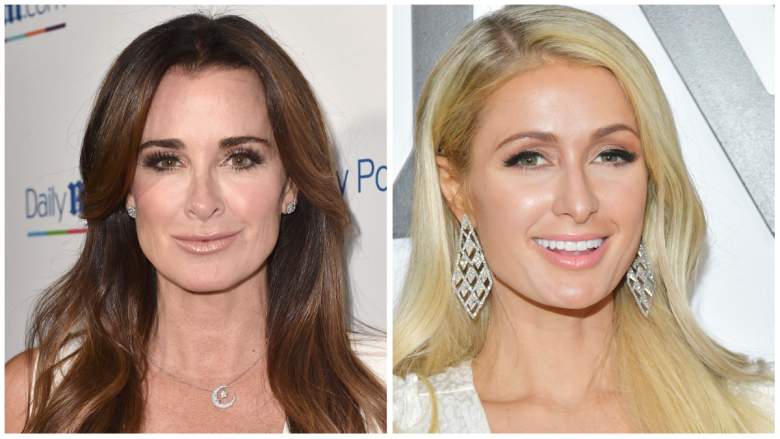 During “Real Housewives of Beverly Hills” Season 12 Episode 17, Kathy Hilton tried to get her castmates to drink tequila from Eva Longoria’s Casa Del Sol brand. She explained that she, her daughter Nicky Hilton and son-in-law James Rothschild are investors in the company. Her co-stars, including her sister Kyle Richards, declined to try the tequila.

Several fans tweeted that they didn’t appreciate the RHOBH cast’s reaction to Kathy Hilton in the Season 12 Episode 17 scene. For example one social media user wrote“She was so sweet, so excited to show the ladies the tequila… and then Kyle [Richards] just mocking them/ none of them seemed even slightly interested. It was so sad to watch.” The RHOBH star’s daughter, Paris Hilton, retweeted the message, writing, “So rude 🥺.” a post that has been read, “@ParisHilton has her own career spanning 20+ years, spanning shows, films, music and her public role. @KathyHilton also has more connections to famous people than Kyle could ever dream of. Kyle struggled through a show for relevance. Kathy & Paris already had it.”

The “Stars Are Blind” singer also liked a Twitter post about how Richards’ husband Mauricio Umansky reacted to his sister-in-law during the Aspen trip.

“Mauricio is so rude @KathyHilton Why is he acting like he hates her so much? #rhob,” read the tweet.

During a September 2022 episode of their Two Ts In A Pod podcast, former RHOBH personality Teddi Mellencamp Arroyave and Real Housewives of Orange County star Tamra Judge opened up about the situation.

During the taping of the “Two Ts In A Pod” episode, Arroyave suggested that she disapproved of Paris Hilton’s tweet mentioning Richards.

“Paris takes things without knowing the full context and puts pressure on her aunt on behalf of her mother. And you know, I personally think that maybe those who live in glass houses shouldn’t throw stones like they do in the world of Twitter,” Arroyave said. “That being said, I think when it comes to what happened with Kyle and the tequila and [Lisa] Rinna and all those things, I think there’s an unwritten rule that, of course, all housewives and friends will take their marks. Whether they talk about it or not [Kathy Hilton] talked about it several times.”

She went on to say that Kathy Hilton did not attend events with her co-stars before promoting the tequila.

“Kathy’s come to Aspen, she doesn’t show up snowmobiling or skiing now and she sleeps and then comes up then wants to plug her two second shtick and then her tequila. And they’re all stoned and laughing about it,” said the former RHOBH star.

During an interview with E! Insider Kathy Hilton revealed that she would not be interested in becoming a full-time member of RHOBH. She explained that her husband, Rick Hilton, didn’t want a strong presence on the Bravo series.