RHOBH alum slams Erika Jayne: ‘I remember Erika you know how to call me names’ 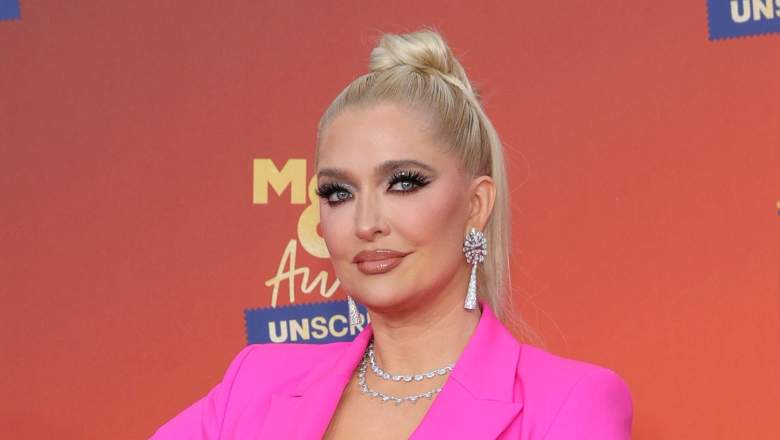 Real Housewives of Beverly Hills alum Kathryn Edwards shared her thoughts on her former co-star Erika Jayne during a November 2022 episode of the podcast Behind The Velvet Rope. While taping the podcast episode, the former Bravo personality mentioned that Jayne and Kyle Richards had a heated discussion during RHOBH Season 12 Episode 17. When Richards slammed the “Pretty Mess” singer for not showing more empathy towards her estranged husband, Tom Girardi claimed victims responded by vacating their Aspen home.

“Garcelle and Sutton said those things to you, but you don’t shed a tear, you just come back at them and Crystal with malice. But then Kyle says it and it just brings you to tears,” said the Wisconsin native.

Edwards also referenced Jayne’s disagreement with Stracke in season 12, noting that she believed the “Pretty Mess” singer was “that bully.” She then shared that a social media user claimed that Lisa Rinna “followed” her while filming RHOBH Season 6. The 58-year-old said she doesn’t recall having any problems with the “Melrose Place” actress. However, she did mention that she had conflicts with Jayne after criticizing her use of vulgar language.

“I don’t really remember Rinna chasing me. But I remember Erika, you know, calling me names and like it’s so stupid for telling you not to say the C-word? And then it’s like oh? Whatever,” Edwards said. “But no one came out in my defense publicly like on the show when it happened, at the reunion, when she was talking like that, but every one of them was like, ‘Oh God, yeah, I can’t believe she said that,’ but no one said it at the reunion.”

In Season 12, Episode 16, Stracke mentioned that Jayne called her “ab ***** f ***** c ***” during the Season 11 reunion. The Georgia native shared that she was hurt that her co-stars didn’t come to her defense. Diana Jenkins responded by saying, “But you are,” which made Jayne laugh. During a September 2022 episode of “RHOBH After Show,” Stracke shared that she found the moment hurtful.

“I said, ‘Erika publicly called me the C-word and neither of you told her anything and it was in a huge public forum.’ And Diana, she said, “That’s because it’s you.” And everyone laughed. [Beauvais] didn’t laugh. Who are these people laughing at this joke?” Stracke said.

On the RHOBH After Show episode, Jayne indicated that she had no regrets insulting Stracke during the Season 11 reunion.

During the filming of the RHOBH After Show episode, Kyle Richards shared that she disapproved of Jayne and Jenkins’ comments about Stracke. She explained that she believed the mother-of-three “made mistakes, but she’s not the C-word.”

“People use it lightly. I personally don’t like that word at all. If someone called me I would feel bad, so now I feel bad for them,” the Halloween Ends star shared.

Beauvais also shared that she didn’t approve of Jenkin’s response to Stracke. She claimed the 49-year-old was “angry” for making that comment.

“It really was like that — nothing I’ve ever seen, it was just inappropriate, but I felt like Diana just got straight to the point and just said some really, really hurtful things,” said the Coming to America” star.

CONTINUE READING: Vicki Gunvalson reveals which RHOC star she was looking forward to