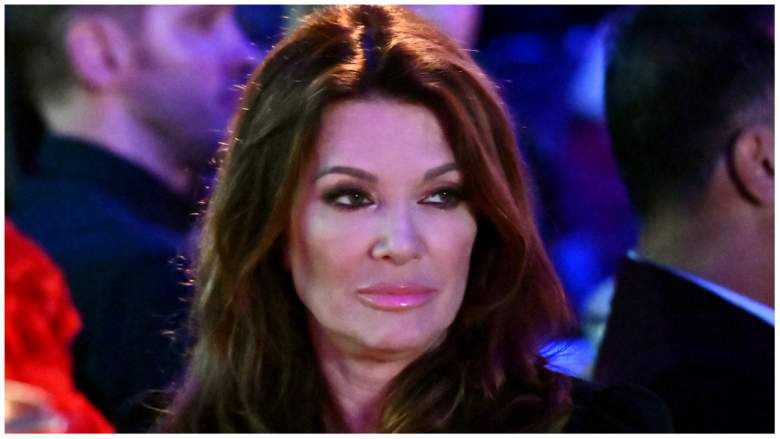 The former Real Housewives of Beverly Hills star, who has remained close to Vanderpump, responded to a commenter on Twitter who asked her “@joycegiraud can you clarify something for us… @TeddiMellencamp says LVP has no real friends?”

“Not true!” Giraud shot back. “She just surrounds herself with real ones like me @LisaVanderpump.”

vander pump answered to Giraud’s comment with “I love you.”

“Which really pissed me off more than anything…. was that tweet,” Mellencamp said on her Two Ts in a Pod podcast in January 2023. “That’s what everyone said when she (Vanderpump) was gone. And the reason she doesn’t have any real real friendships to sustain is because she cares more about Twitter likes than people.”

Vanderpump was a star on RHOBH for nine seasons, but her friendships with many of her co-stars faded when she left the franchise in 2019.

Giraud, who only appeared in Season 4 of RHOBH, has remained a close friend of Vanderpump. After celebrating Vanderpump’s birthday in 2021, Giraud shared a video of her and friend Elaina Alain each kissing Vanderpump on the cheek with the caption: “Beautiful evening celebrating you baby surrounded by so much love.”

Vanderpump previously said on The Bellas podcast that she only keeps in touch with a few women from Bravo’s The Real Housewives franchise.

“I’m very good friends with Joyce Giraud, who was only there for one season,” she said. “She was almost too nice for housewives. She’s just such a fabulous woman, so I’m very good friends with her. I speak with [Camille Grammer]. I occasionally join in the conversation [Taylor Armstrong]. The rest of them? no … I was hoping it wouldn’t be because I believed I had authentic friendships.”

Vanderpump previously addressed her falling out with Kyle Richards amid season 9 RHOBH drama PuppyGate, in which she kicked Richards out of her home during an argument.

“You don’t need some of your supposed best friends standing in your kitchen yelling at you for being a liar,” Vanderpump told the Daily Mail of her recent run-in with Richards.

And in January 2023, Lisa Rinna told Interview magazine she had “zero” ties to Vanderpump. “There’s zippo, zip, zilch,” she said.

But Vanderpump has struck up a new friendship with Real Housewives since leaving the show. In October 2021, she posed with Garcelle Beauvais at a charity event at her bar TomTom in West Hollywood. The two formed a quick friendship that has nothing to do with the housewives.