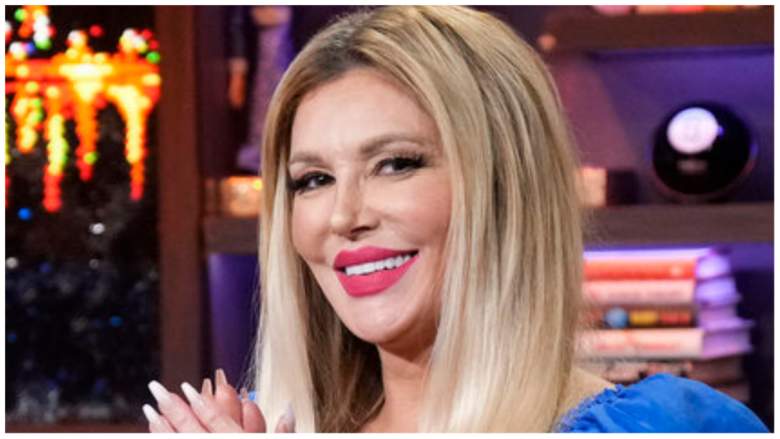 Brandi Glanville made a hilarious mistake on her podcast. The former Real Housewives of Beverly Hills star welcomed The Bachelor graduate Ben Higgins to her Unfiltered podcast, and she mistook him for someone else when she started talking about his wife.

In 2021, Higgins married his longtime love Jessica Clarke at The Estate at Cherokee Dock in Nashville, according to Entertainment Tonight. But while speaking to Higgins on her Unfiltered podcast, Glanville misidentified a TV star as Higgins’ new bride.

In a clip shared to Instagram, Glanville and Higgins both posed for a virtual interview. Glanville referenced her hairdo and outfit as she told the Bachelor Nation alum, “I tried to copy your wife’s look from ‘Love Island’ last night, but I don’t own an orange.”

A confused Higgins revealed that Glanville mistook him for fellow franchisee Wells Adams, whose fiancé is actress and TV presenter Sarah Hyland. “Oh… that’s not my wife. This is Wells’ wife,” Higgins said of the Love Island host.

Glanville burst out laughing. “Well you guys all look really handsome and sort of alike,” she said. “Except for the blondes. I don’t like blond boys. I’m such an ad***.”

“I think a lot of the bachelors are d***s and obviously you’re not one of them,” Glanville added, before asking Higgins if it was “required” for the contestants to jump up and wrap their legs around the bachelor, when they greet you. “You don’t do that when you greet people?” Higgins broke down.

Higgins was the lead actor on the 20th season of “The Bachelor” in 2016, while Adams was a contestant for his rejected runner-up, JoJo Fletcher’s season of “The Bachelorette” later that year. Adams has been in a long-term relationship with former Modern Family star Hyland. In July 2022, it was announced that Hyland had landed a job hosting the reality show Love Island.

Several fans reacted to Glanville’s case of confusion on Instagram.

“Love you @brandiglanville you always keep it real and make me laugh,” wrote one commenter.

“I love that you can laugh at yourself,” wrote another to the former Bravo star.

“That was hilarious! I love you and how real you are,” chimed in a third fan.

This isn’t the first time Glanville has talked about The Bachelor franchise. Over the years, she has featured several stars of the ABC dating franchise on her podcast, and at times she has spoken about the show from a fan’s point of view.

Glanville once told Us Weekly that she would never have taken Arie Luyendyk Jr. back like Lauren Burnham did after he dumped Becca Kufrin as cameras rolled.

According to Soap Hub, she also called “Bachelor” Colton Underwood a “tongue monster” due to his kissing technique. And she once made a joke about “Bachelor” star Sean Lowe. According to BravoTv.com, Glanville met Catherine Giudici, Lowe’s final Bachelor pick, and commented on his steamy routines with Peta Murgatroyd, his pro partner on Dancing With the Stars.

“I hate that your fiancé is having an affair with Peta,” Glanville told Giudici in 2013. “But you’re going to have the best threesomes!”

The RHOBH alum later hit Twitter to set the record straight. “I was clearly joking [Catherine Giudici] about the 3somes thing!” she tweeted. “We both laughed — some people are so uptight!”