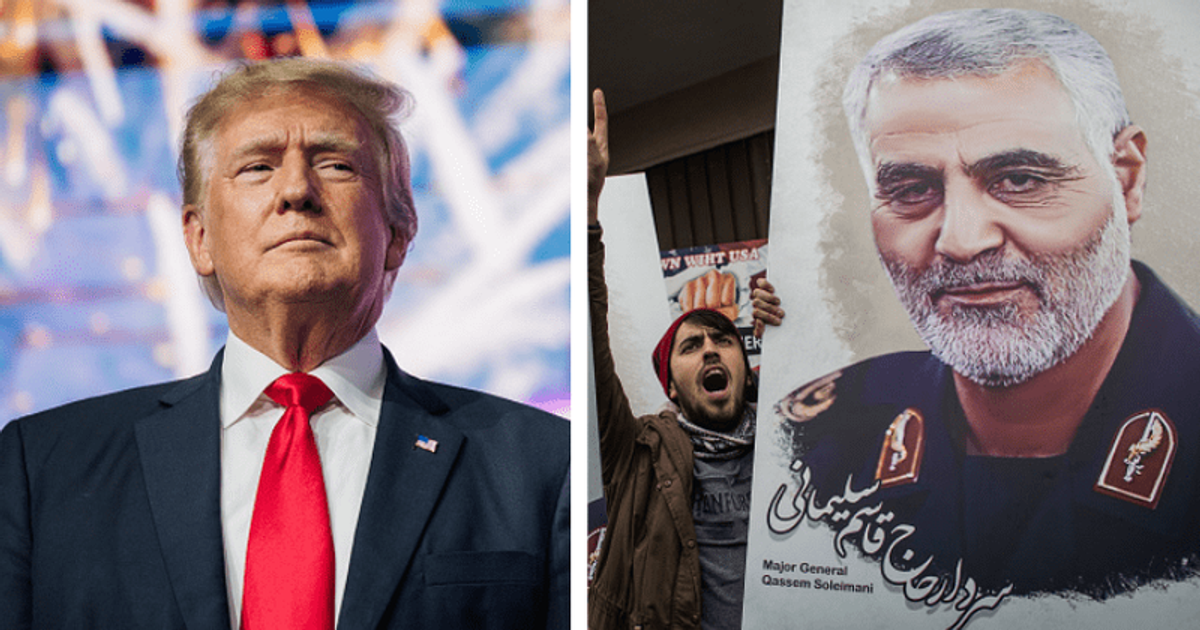 The film was reportedly made for a competition to commemorate the death of Qassem Soleimani, who was killed in a Trump-authorized US drone strike in Iraq

Iran has created an animated film showing former US President Donald Trump being attacked by a drone at a golf course in an unusually hostile gesture. The film was reportedly made as part of a competition to commemorate the death of former Iranian Revolutionary Guards Quds Force commander Qassem Soleimani, who was killed in January 2020 following a US drone strike in Iraq authorized by then-President Trump. The CGI video was published on the official website of Iran’s Supreme Leader Ayatollah Ali Khamenei.

The film appears to show Trump being the target of a robot-controlled drone attack on the golf course at his estate in Mar-a-Lago, Florida. An American flag can be seen on the golf course and Trump dons his signature hat, joined by four other people in the disturbing clip. After that, a small remote control car appears out of nowhere, piloted by a drone operator. Soleimani’s image appears next in the video. The operator hacks the security cameras so no one can see the remote control car. During this time, Trump’s phone receives a message demanding revenge for Soleimani’s murder. Meanwhile, a drone arrives and launches a direct attack on Trump. After the video ends, a text that says “Revenge is Guaranteed” will appear on the screen.

The drone attack on Soleimani was described by Iran as an “insensitive act of terrorism”. President Ebrahim Raisi has threatened Trump with revenge for the assassination of Soleimani. Iran’s hardline President Ebrahim Raisi earlier this month ordered Trump to be “prosecuted and killed.” “If not, I say to all American leaders, have no doubt that the hand of vengeance will come from the sleeves of the Ummah,” Raisi warned, referring to the global Muslim community

A similar video of Trump emerged at a golf course last year. Iran imposed penalties on 50 US officials, mostly from the Trump administration, despite statements by the White House that it will guard and defend its nationals. “Should Iran attack any of our people,” the White House warned, “serious consequences” would follow. Former National Security Advisor Robert O’Brien and former US Representative to the United Nations Nikki Haley were also targeted by President Raisi’s administration.

In a tweet, Haley poked fun at the Iranian government, writing, “Looks like I’ll have to cancel my relaxing getaway to Iran,” adding, “If you get sanctioned by Iran, the world’s top state sponsor of terror, you know you’re doing something right.” The latest move comes as Iran works to revive the 2015 nuclear deal with the US. In 2019, President Trump withdrew from the deal and imposed severe penalties on Iran when he was his nuclear weapons program resumed.