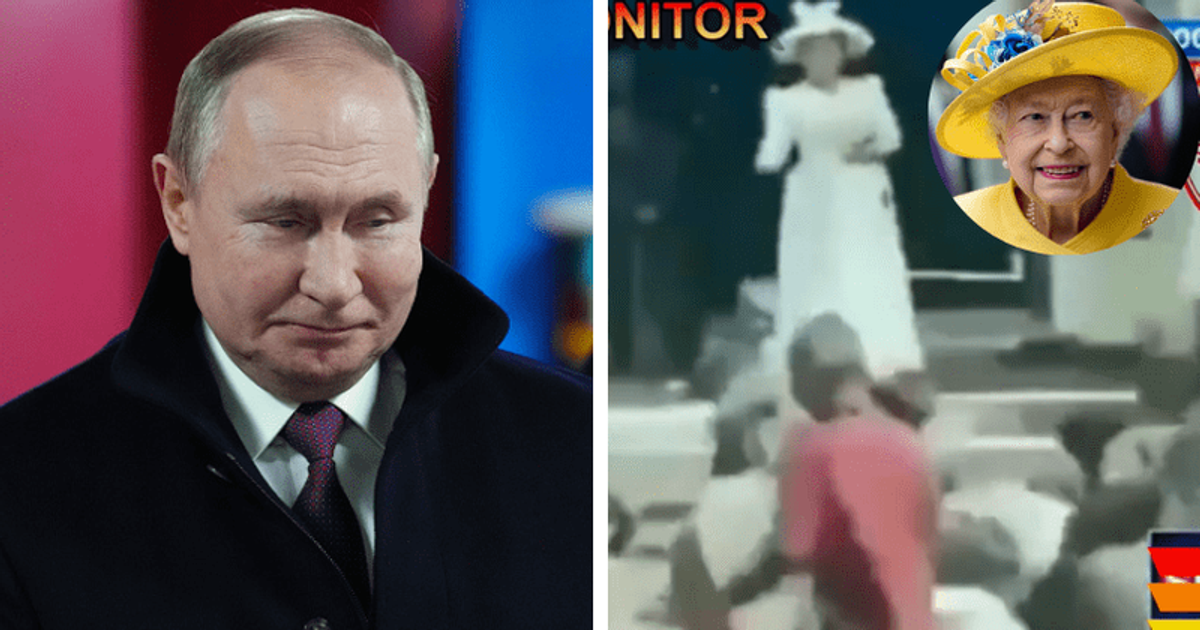 A fake video is making the rounds online, purporting to show the Queen throwing food at African children

Condolences have poured in from around the world for the late British monarch, whose funeral service is set to take place at Westminster Abbey on September 19. Thousands of mourners have since traveled to London to pay their last respects to the late Queen A glorious reign of 70 years comes to an end on Thursday 8 September. Leaders from all corners of the world will attend the state funeral.

‘Signs from Heaven’: Rainbows appear over Westminster and Windsor on the eve of the Queen’s funeral

According to Express UK, the Russian president is unhappy about his exclusion from the list of VIP guests at the historic event. A fake video has been circulating the internet purporting to show the Queen throwing food at African children during a visit to the continent.

The video shows the children picking up the scraps. According to the outlet, the fake clip was shown on a program hosted by Russian TV presenter Olga Skabeeva.

The host said: “To understand what Queen Elizabeth was like. This footage shows the Queen in her younger years. And so she gave food to the children of enslaved people in Africa. Just look at that kindness. As if they were animals in a zoo.”

She added: “This video embodies the way the West and Anglo-Saxons relate to everyone else in the world.”

Social media users pointed out that the footage was shot by the famous Lumière brothers at least two decades before Her Majesty’s birth.

One user wrote: “It’s not Queen Elizabeth. It’s a short film made by the Lumiere brothers before the Queen was born.” Another wrote: “Olga has emerged from her cesspool to bring more blatant lies to the Russian public. Shot in Vietnam, not Africa for starters. Not the queen, but a French woman. No food is thrown, only coins. Olga’s lies go on and on and on…”

A third chimed in: “I think it’s their revenge for not inviting Putin to the funeral.” A fourth commented: “Russia actually issued a statement saying (the UK) is using the Her Majesty’s death to settle scores with Russia by not inviting Putin.”

The Kremlin reacted with anger when it learned that the Russian president had not been invited to the funeral.

Russia’s foreign ministry has criticized London for “deeply immoral” using a national tragedy for geopolitical gain. In a statement published on its website on Thursday September 15, the Foreign Office accused Britain of “making divisive statements in furtherance of its opportunist aims”.