Resistance was futile long before Star Trek: The Next Generation 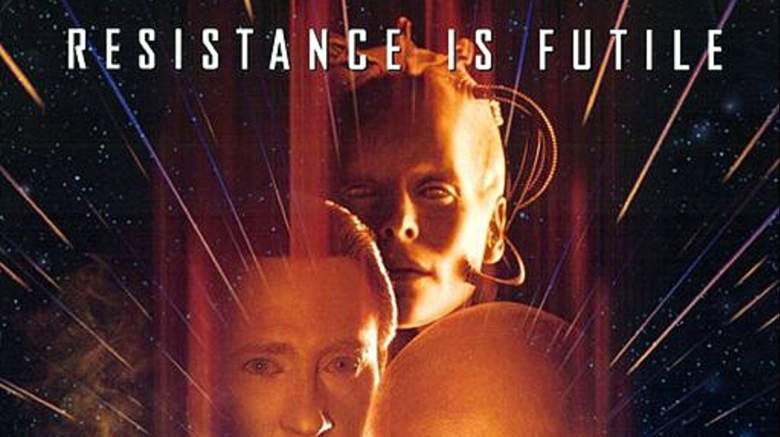 Resistance was futile long before the ominous line of dialogue “Resistance is futile” was first uttered in Star Trek: The Next Generation. This phrase is practically synonymous with “The Next Generation” and the series’ most famous and infamous villains, the Borg. The Borg Collective first made this threat in “The Best of Both Worlds”, which according to Memory Alpha was the 26th episode of the show’s third season and aired on June 18, 1990. It happened during the ensuing interaction between Captain Jean-Luc Picard (Patrick Stewart) and the Borg after the Enterprise’s captain was kidnapped by the Borg.

“Captain Jean-Luc Picard, you command the most powerful ship in the Federation Fleet. You speak for your people.”

“I have nothing to say to you! And I will resist you with my last strength!”

“Strength is irrelevant. Resistance is futile. We want to improve. We will add your biological and technological uniqueness to ours. Their culture will adapt to serve ours.”

“Impossible! My culture is based on freedom and self-determination!”

“Death is irrelevant. Your archaic cultures are authority driven. To facilitate our introduction to your societies, it has been decided that a human voice will speak for us in all communications. You were chosen to be that voice.”

This “resistance is futile” line was heard many other times throughout the Star Trek franchise, up to the present day. Perhaps most prominently, it served as the tagline for Star Trek: First Contact, the Borg-centric second Next Generation feature film, which starred actress Alice Krige as the Borg Queen. The line even appeared prominently on the film’s poster.

However, “resistance is futile” and lines like those found in several other sci-fi films years ago – and even the Star Trek franchise – were futile. The renegade alien Time Lord known as The Master said “resistance is futile” in 1976 in “The Deadly Assassin,” the ninth episode of the fourteenth season of “Doctor Who.” Later, in 1977, in an episode of Space: 1999 entitled “The Dorcons,” the alien race said, “Resistance is futile.” The following year, in 1978, a young Vogon Guardian declared in “Fit the Second.” , an episode of the Hitchhiker’s Guide to the Galaxy radio series, that “resistance is futile”. And in 1979, in Star Trek: The Motion Picture, nearly a decade before The Next Generation debuted, Spock (Leonard Nimoy) pointed out that “any resistance would be futile.” Similarly, in the 1980 sci-fi classic Star Wars: Episode V: The Empire Strikes Back, Darth Vader (voiced by James Earl Jones) said to Luke Skywalker (Mark Hamill), “You are defeated. It’s useless to fight back. Don’t get destroyed like Obi-Wan.”

The phrase continues to be used in all manner of pop culture businesses. It served as the title of an episode of Dexter in 2007 and was voiced by Galactus in Planet Hulk, an episode of Hulk and the Agents of SMASH that aired in 2015. Alternative rock band Oh Hiroshima released their album Resistance Is Futile in 2011, while rockers Manic Street Preachers released the album Resistance Is Futile in 2018. Ann Coulter, the conservative media scholar, published the book Resistance Is Futile!: How the Trump-Hating Left Lost Its Collective Mind in 2018. These are just a few examples.

And in the “Star Trek” franchise, fans have also heard “Resistance is futile” spoken in episodes of “Deep Space Nine”, “Voyager”, “Enterprise” and most recently “Lower Decks” after “Next Generation”. The current Star Trek animated comedy series included the line in the Season 2 episode “I, Excretus,” which premiered September 30, 2021. Alice Krige, who played the Borg Queen in Star Trek: First Contact and in the Voyager episode Endgame, the character was re-voiced for Lower Decks.