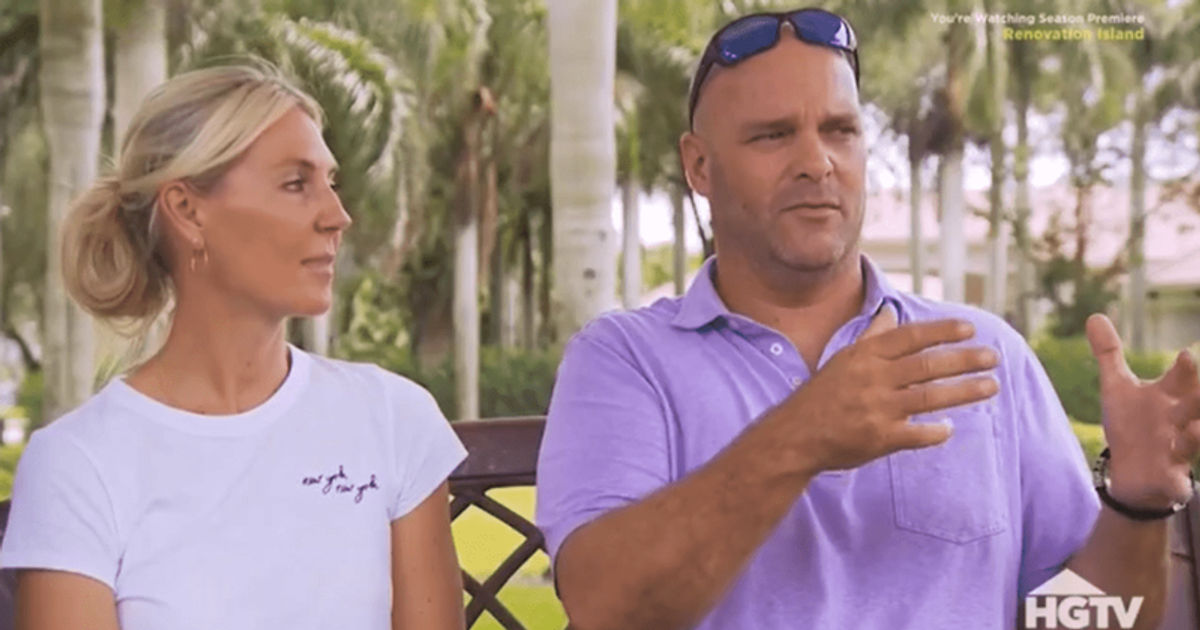 As the Baeumlers renovate their Florida home, fans are thinking, “They’re just addicted to renovations and @hgtv has us watching.”

The fourth season of the popular HGTV show Renovation Island has premiered with a new season of drama. Fans, on the other hand, seem to have gotten tired of watching Sarah and Bryan Baeumler embark on yet another home improvement project.

After a year of anticipation and speculation, new episodes premiered on Sunday, July 24 at 9pm ET. Sarah and Bryan Baeumler will embark on a new renovation journey this season. They have moved on to another project after safely reopening their island resort Caerula Mar when Covid travel restrictions were eased. In the season premiere, Bryan and Sarah make the difficult decision to sell their home in Canada and move their entire family to Wellington, Florida. The family is restoring their Florida home, which is in dire need of some TLC.

‘Renovation Island’: Will Bryan and Sarah Baeumler leave the Bahamas for Florida?

When the hotel reopened, the world opened up again and the family moved across the Gulf Stream to their Florida home. They live in a house that was previously abandoned. It had no landscaping and bricks falling off the roof, so it needs some attention. Sarah, on the other hand, considers this a luxury because there is “no lizard droppings, very few cockroaches, and more than one room for all six of us and the dogs and the cats.” Bryan says it’s spacious but could use some work. You can also travel back and forth to the hotel in under an hour, which is crucial at this point. The kids can participate in Florida activities, so it’s a good compromise; a decent stepping stone for the time.

The Florida house was built over 40 years ago. It is 4,500 square feet with a split floor plan. It features three bedrooms, three and a half bathrooms and a centralized kitchen leading to a patio and covered pool. The garage connects the home to a 2,500-square-foot aircraft hangar that leads to the community’s paved airstrip. The Baeumlers intend to keep the floor plan of the house but completely redesign it inside and out. First, they want to remove the overgrown landscaping and pool and redesign the entire backyard. The pool will have a shallow lounging area as well as a wooden walkway leading to a fire pit and hosting area.

The hangar will be converted into a workshop with storage and a built-in home cinema. They intend to turn the garage space into a mud room and laundry room. They plan to build an open concept living space on one side of the property. The kitchen will be gutted and replaced with new cabinets, appliances and a large island that will connect to the existing family area.

Charlotte and Josephine share the two renovated bedrooms and shared bathroom. Quintyn and Lincoln will have a similar configuration on opposite sides of the house, with two restored bedrooms and an adjoining bathroom. A guest bedroom that doubles as office space is also added to the area. They intend to demolish the existing storage space and build a new staircase that will lead to a fresh new second floor extension with a master bedroom, walk-in closet and en-suite bathroom. The new house will be modern, functional and the ideal starting point for all family adventures.

The first day of the demo renovation at the Florida property was quite difficult. The landscapers came to start work and roofers came to start work on the roof because there are huge leaks in the hangar. They don’t intend to replace the roof until they’ve built the extension, so they asked the roofers to patch a few leaks for now. Sarah spoke about how they are making the nursery a priority because they are excited to be back in Florida and attending an official school. On the first day, Chris, a local contractor, supported the Baeumlers.

However, fans seem less than thrilled as the Baeumlers return with a new season and a fresh restoration project. One fan tweeted: “I saw this couple when they had a Canadian Reno show. Then they did Reno Island, now they are renovating a new house. I think they are just addicted to renovations and @hgtv lets us see. When you finish this time, you can let the kids rest. #RenovationIsland.”

Another fan questioned her decision to leave Canada for Florida: “I can’t understand why anyone would leave Canada to live in Florida. Why? #RenovationIsland.”

Calling out the couple for their extravagance, one fan wrote: “#RenovationIsland Rich people are rich. Def doesn’t like her or her show.”

Some fans are also confused, wondering if the season will now be entirely dominated by the Floida restoration: “So wait… #RenovationIsland is now… Renovation Florida? Uhhh ok.. @hgtv.”

LANE SHAME Watch as the cyclist argues with the driver about parking and calls a GUARD to give him a ticket – whose side...

LANE SHAME Watch as the cyclist argues with the driver about parking and calls a GUARD to give him a ticket – whose side...