“Renovation Island”: How many children do Sarah and Bryan Baeumler have? Family time at the Fixer Upper Hotel 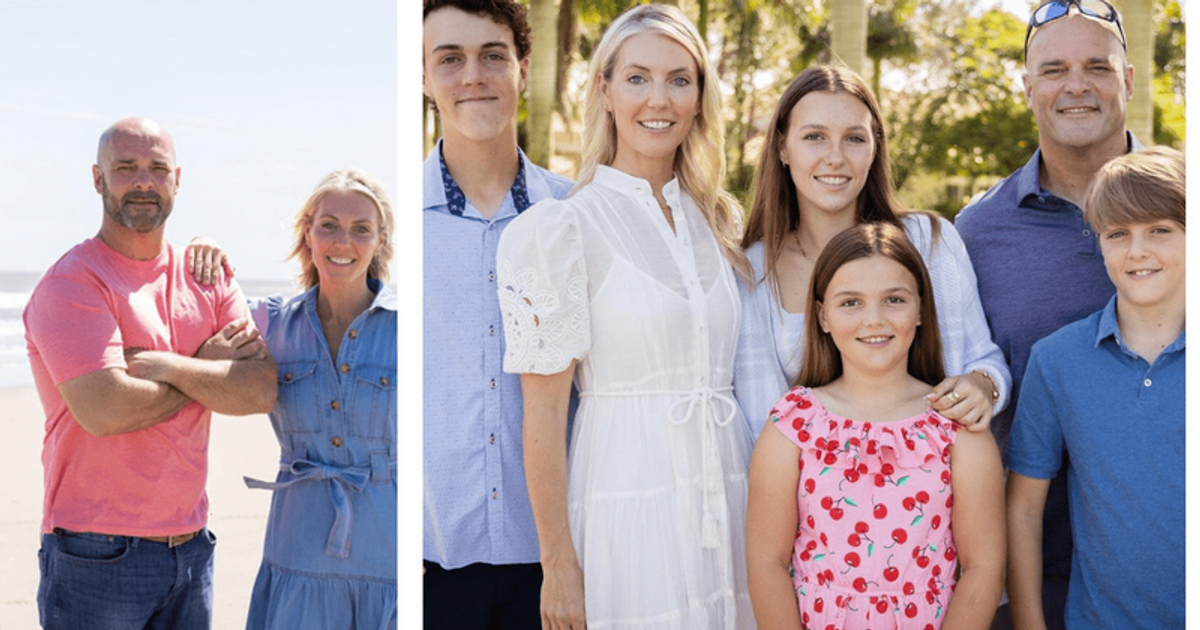 Moving to the Bahamas so your family can renovate and run a resort may sound like something out of a movie, but for the Baeumler kids, it’s everyday life. What is it like growing up on Renovation Island? Ask Bryan and Sarah Baeumler’s children, who are growing up at their parents’ Caerula Mar Club on the Bahamian island of Andros.

Sarah and Bryan Baeumler are the couple behind the reality show Renovation Island. The series follows the couple and their family as they renovate an old resort on the island of San Andros in the Bahamas. Sarah’s talent as a designer and Bryan’s skill as a contractor make the two remodeling experts stand out. Bryan revealed in a season 2 episode that the kids had been living, playing and studying in a hotel for most of the pandemic.

They came up with the idea of ​​renovating the run-down Caerula Mar Club while vacationing on the island in 2017. With their TV history — they’d also starred in Canadian shows like House of Bryan and Disaster DIY — they pitched their idea to HGTV, and Renovation Island was born. Despite setbacks like Hurricane Dorian and the COVID-19 pandemic that forced the hotel to close for several months in 2020, the show was an instant hit with viewers, according to Cheat Sheet. One of the main reasons for the show’s success is that the Baeumlers moved their children to the Bahamas to rebuild the resort and record the show. But how many children do they have?

Sarah and Bryan Baeumler married in 2004 after dating for a few years, according to HGTV. Quintyn, their first child, was born in 2006, followed by three others: Charlotte, Lincoln and Josephine. Renovation Island viewers saw a lot of young people in the first two seasons. According to Distractify, Sarah and Bryan originally planned to homeschool their children when they moved to the island of San Andros, but when work at the resort became excessive and unsafe, they enrolled the children in a nearby school. Quintyn, their oldest, was starting high school and instead of keeping him close to home, they decided to put him in a boarding school about 20 minutes away by plane.

Sarah and Bryan told RBC in 2019 how they teach their kids about money — and the value of saving. “Having a savings account might not be as cool as the latest toy, but it’s important to understand the short-term value of things versus the long-term. And when you save up and put the money up for something you really want, you develop a proud ownership,” explained Bryan. Sarah and Bryan shared how they taught Quintyn about compound interest when he wanted to spend all his money on a skimboard. When Charlotte asked for a phone, they talked about her babysitting her younger sister. “By giving your children some level of responsibility, you can teach them the concept of working for money. And when they’re working for cash — or for something they want — there’s more weight and importance attached to the item they’re buying,” Sarah explained.

HGTV’s “Renovation Island” is a very unique type of home renovation program, as the lead couple, Bryan and Sarah Baeumler, are remodeling an entire island resort and not just a property or two. Likewise, the rebuild lasts a full season, not just an episode or two. As a result, viewers became obsessed with whether the couple would sink or swim in the Bahamas, where their Fixer Upper beach resort is located, and cheered them on all the way. Thankfully, their tale had a happy ending for everyone watching at home while in isolation, as well as for the Baeumlers themselves. They completed their resort, Caerula Mar Club, and opened it to guests this year (although slightly over budget to have). Reviews have been overwhelmingly positive, both from visitors and critics. And while it was undoubtedly worth it, there are some things the Baeumlers would have liked to understand before embarking on such an ambitious endeavor. However, they have learned a lot and they hope their children have too.