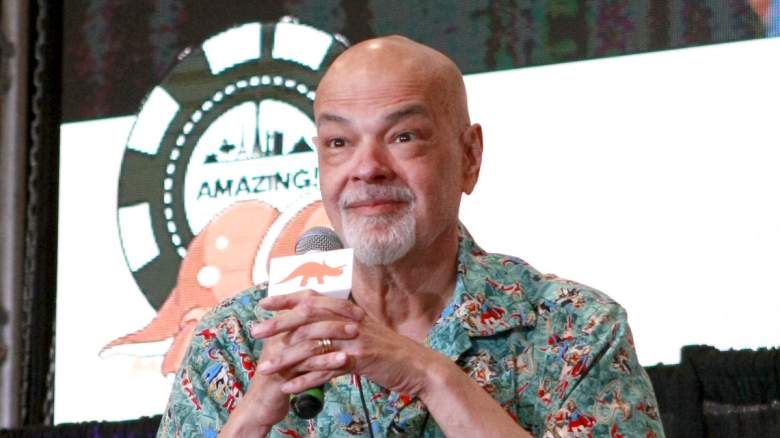 Legendary DC Comics artist George Perez passed away on Friday, May 6, 2022, at the age of 67, according to Constance Eza, a close friend who posted a statement on Pérez’s Facebook page and her persona Twitter Account. Perez himself announced in December 2021 that he had been diagnosed with pancreatic cancer.

“Everyone knows George’s legacy as a creator,” Eza said. “His art, characters and stories will be revered for years to come. But powerful as that legacy is, it pales in comparison to the legacy of the man who was George. George’s true legacy is his kindness. It’s the love he had for bringing joy to others – and I hope you all carry that with you always.”

According to Memory Alpha, Perez made four contributions to the Star Trek universe beginning in 1984. He created the cover art for the first three DC-published Star Trek comics – The Wormhole Connection,…The Only Good Klingon, and Errand of War! — and contributed art along with several other DC artists to Who’s Who in Star Trek, released in 1987.

DC Comics wrote in a statement released on Twitter: “George Pérez made everything look effortless. His contributions have been instrumental in advancing and reinventing DC’s long and rich history. George’s stories were a pleasure to read and his work resonated with everyone he met. He will be missed by those here at DC and fans worldwide.”

Marvel Entertainment also released a statement via Twitter. It said: “George Pérez was an artist, a writer, a role model and a friend. His work has paved the way for seminal stories across comics, and his legacy of kindness and generosity will never be forgotten. Our family at Marvel mourns his loss today and our hearts go out to his family and loved ones.”

According to The Hollywood Reporter, Perez was born in 1954 in the South Bronx, New York. The Puerto Rican-American writer, penciler, colorist, and inker started his comics career in the 1970s and made his major publishing debut in 1974 with Marvel Comics’ Amazing Stories #25. He later helped create White Tiger, the first Puerto Rican superheroes, and worked on Marvel’s The Inhumans, Fantastic Four, The Avengers, as well as DC’s The New Teen Titans and Crisis on Infinite Earths. ‘ and ‘Wonder Woman,’ a title he also wrote for. The Hollywood Reporter noted that he also wrote about The New Titans, War of the Gods, Infinity Gauntlet, Batman, the JLA/Avengers Crossover, The Brave and the Bold, Superman , ” and “Sirens” among others.

According to The Hollywood Reporter, Perez has received multiple Jack Kirby Awards and the Inkwell Awards Stacey Aragon Special Recognition Award for lifetime achievement. He was inducted into the Will Eisner Award Hall of Fame in 2017. According to Variety, Pérez was a member of the Hero Initiative, a comics charity dedicated to providing health and medical support to comics professionals. He was co-chair of the non-profit board and a member of the payout committee. Perez had announced his retirement in 2019, which he attributed to vision problems and other ailments, mostly caused by diabetes.

He announced his diagnosis of pancreatic cancer on December 7, 2021 in a statement on Facebook. He rejected chemotherapy and radiotherapy, choosing instead to “just let nature take its course and I’ll make the most of the time I have left with my beautiful wife of over 40 years, my family, my friends and my fans.” At the end of his lengthy statement, he concluded with the following thoughts: “Well, that’s it for now. This is not a message I’ve enjoyed writing, especially during the holiday season, but oddly I feel the holiday spirit more now than I have in many years. Maybe it’s because it will probably be my last. Or maybe because I’m in the loving arms of so many people who love me as much as I love them. It is very uplifting to hear that you have lived a good life, that you have brought joy to so many lives, and that you will leave this world a better place because you were a part of it. To paraphrase Lou Gehrig, “Some people might think I had a bad break, but today I feel like the luckiest man alive.” Take care — and thank you. George Perez.”

Pérez is survived by his wife, Carol Flynn, according to Variety.