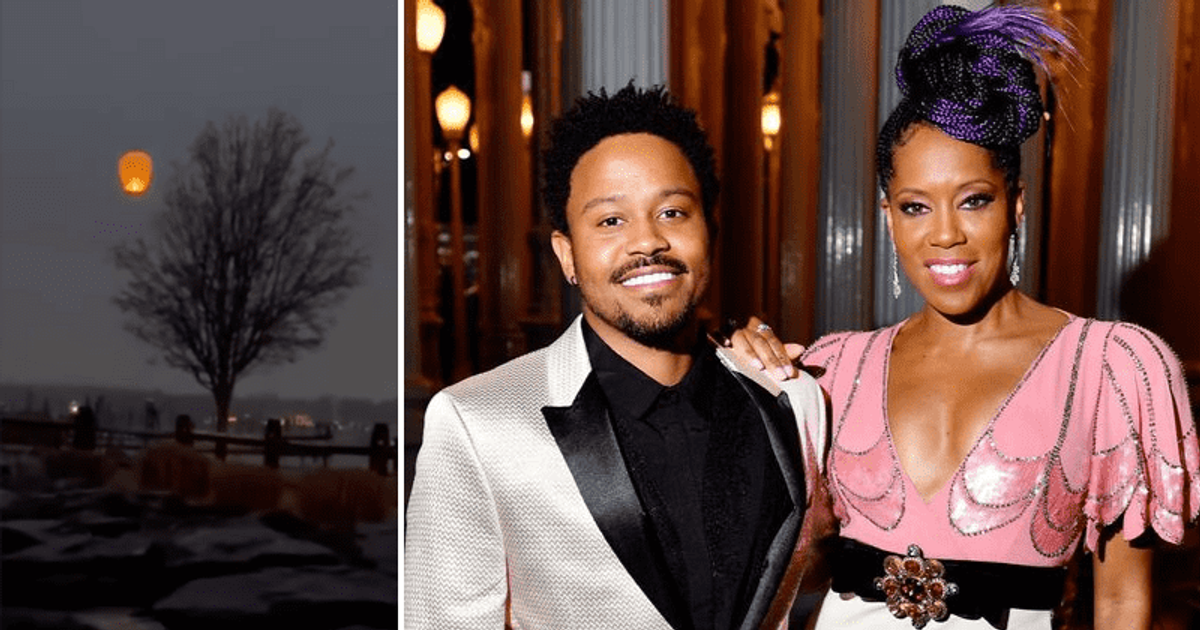 LOS ANGELES, CALIFORNIA: Regina King honored her beloved son Ian Alexander Jr. a year after he took his own life at the young age of 26. He was the acclaimed actress’ only son, whom she shared with her ex-husband, record producer Ian Alexander Sr.

Ian followed in his father’s footsteps and became a professional DJ. His mother, now 52, ​​paid tribute to him emotionally on her Instagram page late Thursday evening, January 19, posting a video of an orange sky lantern she lit in honor of Ian’s 27th birthday.

“January 19 is Ians Worthday,” King wrote. “While we’re still processing his physical absence, we’re celebrating his presence. We’re all in different places on the planet…so is Ian. His spirit is the thread that binds us together.” The Oscar winner explained how the orange hue of the candle-lit paper lantern held a special meaning for her late son. “Orange is obviously your favorite color,” she remarked, “it’s the fire and the calm.” King added, “I see you in everything I breathe. My absolute favorite thing about me is…Regina, the mother of Ian the Godking. Keep shining bright, my guiding light.”

It’s worth noting that the actress posted to Instagram for the first time since her son’s death on Jan. 20, 2022 — just a day after his 26th birthday. His heartbroken family issued a statement to People at the time of his death. “Our family is deeply saddened by the loss of Ian,” they wrote. “He is such a shining light who cares so much about the happiness of others. Our family asks for respectful consideration during this private time. Thanks.” King previously told the magazine that Ian was “an amazing young man.”

Despite his prospects for advancement as an actor and director, King always regarded Ian as her greatest source of pride. She split from Ian Alexander Sr. in 2007 after nine years of marriage and later admitted that being a single parent wasn’t easy. However, she insisted that nothing is stronger than the love she has for her son. “They don’t know what unconditional love is. You can say you do, but unless you have a kid, you don’t know what that is,” she explained. “When you experience it, it’s most fulfilling [thing] Ever.” The mother-son duo even sported matching tattoos on their arms that read “unconditional love” in Aramaic.

Following the news of Ian’s death, tributes poured in from around the world. Many celebrities have expressed their condolences to King as she mourned the unfathomable loss. The actress’ post on Friday also drew similar comments from stars like Tracee Ellis Ross, Octavia Spencer, Tabitha Brown, Julianne Moore, Sarah Paulson, Ava DuVernay and Holly Robinson Peete, who all sent their love and support to her, People reported .