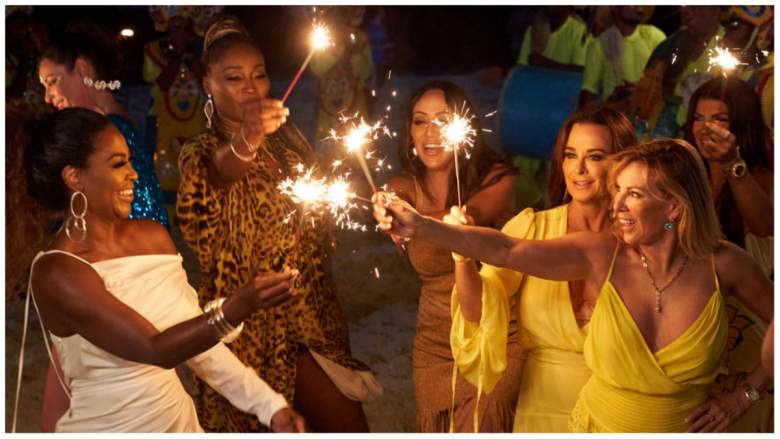 A Real Housewives star teased that her long career is coming to an end.

Cynthia Bailey was a lead actor on The Real Housewives of Atlanta for 11 years. In October 2021, Bailey told Entertainment Tonight she felt it was time to leave the show.

“Honestly, I’ve had a good run,” she told the outlet. “It’s been 11 years, and it was just about time, and I think not only was it about time, it was about time.”

Now that her tenure as the Housewives star has ended, Bailey surprised fans by signing up for Celebrity Big Brother, where she came in third place.

The 55-year-old mother-of-one started out as a model, and having already married a reality star and a businesswoman, she has one more career goal in mind before she quits for good.

Bailey had a few small acting roles early in her career, but over the past year she has expanded her resume into larger roles. According to IMDb, she’s appeared in several TV movies and miniseries in 2022 alone, including Games People Play, Single Drunk Female, Cruel Instruction, The Stepmother, and Terror Lake — and she’s not done yet.

In an interview with Page Six, Bailey described acting as her “final chapter” in terms of her career.

“You had Cynthia Bailey as a model, you must follow Cynthia Bailey the reality star. Now you’re going to see actress Cynthia Bailey,” she said. “And what happens after that? Nothing. That’s it. I am a 55 year old woman in full premenopause! That’s it, okay?

Bailey didn’t give an exact timeline for when she plans to fully retire, but she teased that she wants to snag a few roles outside of her “wheelhouse.”

Bailey previously admitted she was nervous about starting a new career later in life. In June 2022, she told The Wrap that walking away from a guaranteed gig like “Real Housewives” gave her pause.

“When I left Housewives I was a woman of a certain age, I’m a black woman who just turned 55 this year in the Celebrity Big Brother house,” she said. “This is a young industry, the entertainment industry is largely for young people. So there was a bit of doubt in my head, like, ‘Oh wow, I hope this works out’.”

Judging by her resume, it seems to be working.

“I didn’t think doors would open so quickly,” the RHOA graduate admitted to Essence. “I feel like I need a break to be honest. It’s been overwhelming, the responses I’ve received and the opportunities I’ve been given.”