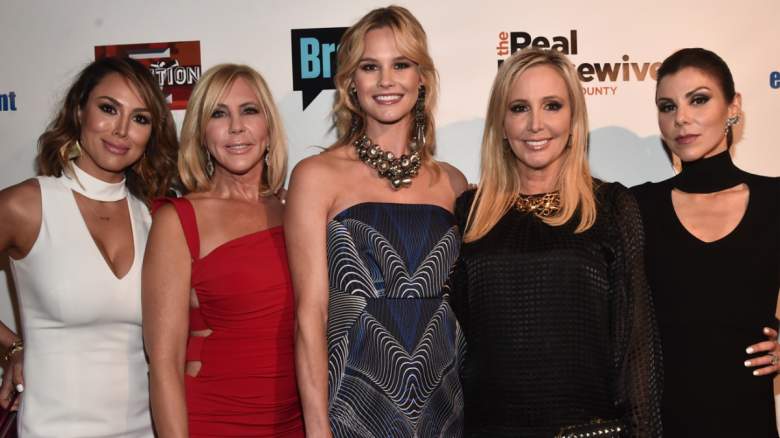 A Real Housewives star has been granted a restraining order against her ex-husband.

According to TMZ, Meghan King filed for a restraining order, claiming that her ex Jim Edmonds “insulted” her. Court documents were filed in Missouri and the restraining order was issued in June 2022, according to TMZ. Sources told the outlet that the split between King and Edmonds has to do with custody of their three children, Aspen, Hayes and Hart.

Heavy reached out to King’s rep for comment and received no response.

“This protection order request is completely unfounded and also a mockery of the pain endured by millions of women in this country who are legitimate victims of abuse,” Edmonds rep Steve Honig told Heavy to TMZ.

According to Us Weekly, Edmonds filed for divorce from King in October 2019. The two had been married for five years at the time, and the filing came a day after the former couple’s wedding anniversary.

“Meghan and Jim fought. The last fight started when he recently went to a hockey game and she started questioning him about who he was going with,” a source told the outlet at the time.

Towards the end of their relationship, King had suspected Edmonds of cheating on her, although he has denied having any physical relationships with other women. In a blog post titled “I’m Sad,” King shared some details about her then-husband’s seemingly wandering eye.

Meanwhile, Edmonds told Us Weekly that he had an “error of judgment” and admitted having an “inappropriate conversation” with another woman.

“At no time was there any kind of relationship or physical contact. Absolutely none. This is someone trying to cash in on my name. I’m aware that she has done this to others in the past,” he told the outlet.

In May 2021, King confirmed that she and Edmonds had finalized their divorce. The two used an app to navigate their co-parenting agreement, according to TMZ.

On July 19, 2022, King took to Instagram to ask her followers for advice on potty training a child with special needs. Her 4-year-old Hart was diagnosed with periventricular leukomalacia in 2019, King shared on her website.

“As with many neurodivergent children, occupational tasks can be difficult (like eating, dressing, tying shoes, driving, waiting in line, etc.) and our newest challenge is drum roll POT TRAINING! Hart is scared of the toilet (I think) and I’ve tried every motivator on the planet. The clock is ticking as school requires him to be potty trained and it starts in a month,” King captioned a video.

Shortly after, Edmond’s rep spoke to TMZ about the post.

“If Meghan wants to improve her ability to co-parent with Jim, it might be a good idea for her to stop constantly belittling him,” the rep said.