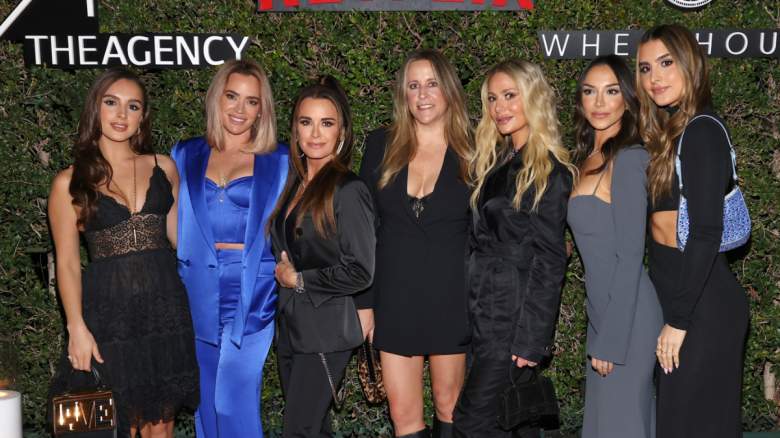 A Real Housewives star is responding to backlash caused after people saw her father sitting at an NFL game during the national anthem.

It all started on November 10, 2022 when Andy Cohen tweeted asking fans to send questions to him to ask Teddi Mellencamp and her father John Mellencamp to appear on Watch What Happens Live.

According to the former Real Housewives of Beverly Hills star, several people noticed her father didn’t get up during the national anthem and wanted to know why. In response, she shared a statement on social media and vowed to cover it further on her Two T’s in a Pod podcast.

“My father hasn’t stood for the national anthem for as long as I can remember, but he never told me I couldn’t. Growing up in an era of love and peace, he thinks it’s a war song. Instead, he sees Woody Guthrie’s This land is your land as a substitute anthem. He’s been to countless games and never stood up for the anthem. He loves his country as much as anyone, but since this is the land of the free, it is his right not to stand up for what he considers a war anthem,” Mellencamp said in a statement posted to her Instagram Stories .

On the November 21, 2022 episode of “Two T’s in a Pod,” Teddi spoke at length about the apparent controversy.

Teddi explained that her father had no intention of addressing his decision to sit down for the national anthem, but she did want to address it because she felt it would eventually become bigger news.

“I know he doesn’t talk to the press and stuff like that. And I, I don’t know, I just feel like I don’t want people to feel like he didn’t do it because he was lazy,” Teddi explained. She then proceeded to read the statement, which she shared on social media.

“I’m just saying that because I’m letting him know what he thinks about something,” Teddi said. “He’s always done that,” she continued.

Tamra Judge, co-host of Teddi’s “Two T’s in a Pod,” said that no matter what people say, Teddi doesn’t owe anyone an explanation.

In addition to opening up about her dad’s decision to sit during the national anthem, Teddi opened up about some other behind-the-scenes moments she shared with her dad backstage ahead of the WWHL.

“When I walk out, he immediately looks at me and says, ‘Are you going to wear this? I can see your legs,'” Teddi said to Judge.

After the WWHL, Teddi and her father went to dinner and he told her that she needed to “change clothes.” When Teddi said she didn’t really have anything to wear, he suggested wearing her sweatpants – which she eventually did.