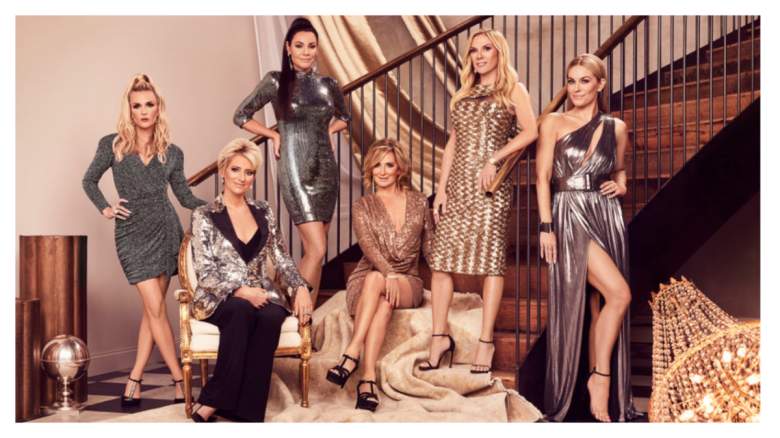 A Real Housewives of New York star is open about a serious drug addiction she had when she was younger.

In an interview with The New York Times, Leah McSweeney revealed that she was addicted to crystal meth as a teenager. The interview took place at a place called Wall Street Bath, where McSweeney often goes to relax.

“This is my haven for relaxing and detoxing,” she told the outlet.

McSweeney opened up about her struggles with mental health and addition in her new book, Chaos Theory: Finding Meaning in the Madness, One Bad Decision at a Time, which was released in April 2022.

“I can’t believe I’m just telling people I’ve had a crystal meth addiction,” McSweeney told the Times. She explained that she was still a teenager at the time and was in rehab. “It’s something I don’t talk about openly. It happened a long time ago. It’s kind of a world away. It was scary to open up about it,” she added.

In an interview with E! News In April 2022, McSweeney revealed that she started using “hard drugs” when she was just 14. “It was like living in hell,” she told the outlet.

McSweeney had made the decision to get sober nine years before joining a hit reality TV show. However, once she started hanging out with the other women at RHONY, McSweeney felt like she wanted to give alcohol another try.

“I’ll see how that goes,” McSweeney told Today of her mindset that emerged from her near-decades of sobriety.

“I struggled all season but I didn’t share that. I was so in the grip of… my alcoholism that I knew I should quit, but I couldn’t at the time. I wasn’t ready,” she continued.

“I wasn’t ready to be honest with anyone about it either. Maybe there were a friend or two that I would say something to, like, ‘Holy shit, like I need to quit.’ In no way did I want to be honest [my castmates] or tell them that because I’ve had a hard time being honest with myself,” she added.

McSweeney details her journey in her new book.

McSweeney made the decision to work on her sobriety and has been sober for two years as of March 2022.

On May 5, 2022, she posted an Instagram update of sorts, letting her fans know that she’s still sober.

“Everybody go to @potusbway it’s freaking hilarious. And no, I’m not high, lol, I’m not sober anymore. I am sober. Just making a funny face,” she captioned a photo of herself.

In her interview with E! News, McSweeney admitted she smoked weed earlier in the year but has since quit.

“I went two years without alcohol on March 31, but I have 90 days off from everything because I also smoked weed, which made me realize I don’t want to. So I’ve started my day count all over again and I’m kind of recommitting to sobriety and recommitting to my recovery. So my 90 days is tomorrow,” she told the outlet.