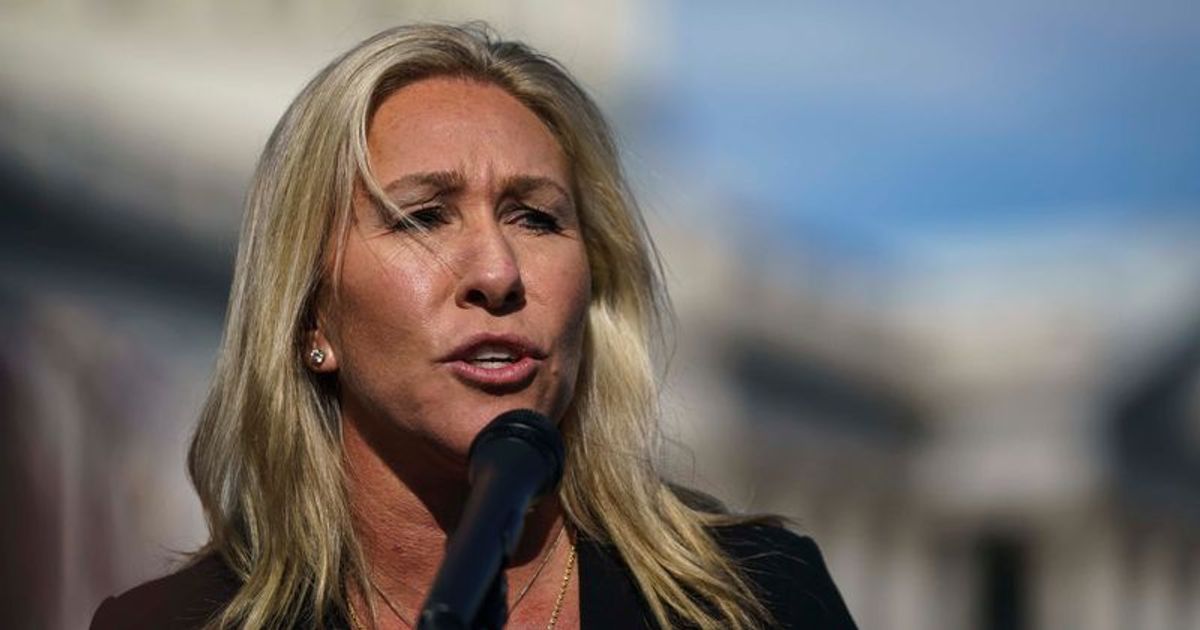 “Real Housewives of Hades” was trending after Rep. Marjorie Taylor Greene doubled down on her claim that Satan tricked women into having abortions.

The Georgia Republican’s comments came just days after Florida joined a growing list of states on April 14, 2022, that ban or severely limit access to abortion. “It has opened the floodgates for a long line of similar legislation, which are perhaps the most controversial in Texas.

“When you defend pedophile priests and those who protect them, grooming teachers and Disney LGBTQ propaganda, drag-queen-story-time and say it’s not Satan convincing women to abort their unplanned child and that children can be mutilated to change their gender, you’re wrong,” the conservative arsonist tweeted on Saturday, April 30.

This sparked a wave of reactions on Twitter, with some joking that she could star in a TV show called Real Housewives of Hades. In Greek mythology, Hades is considered the god of the underworld and ruler of the dead. In fact, the underworld itself was also known to the Greeks as Hades.

Watch Lauren Boebert, jealous of Marjorie Taylor Greene’s relationship with Satan, confront her. All next week about the real housewives of Hades,” tweeted filmmaker Jeremy Newberger.

“The real housewives of Hades should be a real thing. Along with Marge and Lauren we add Marsha Blackburn, Ginnie Thomas and Ronna McDaniel and you have an Emmy winner,” added one user.

“Someone should write an ongoing sage about these insane dangerous lunatics,” wrote another.

“Addressing Marjorie Taylor Greene as the ‘gentle lady from Georgia’ is like calling Adolf Hitler the ‘gentleman from Hades’!” someone else joked.

Rep. Greene’s tweet came just days after she made similar comments in a television interview with Catholic activist Michael Voris. “It’s being whispered softly and gently in your ears and in your soul,” she told the hostess, adding that Satan tells women “it’s okay” to have an abortion and in return “promises them all these dreams.” that you have in your heart . And that’s how Satan sells a sin, and that’s how he sells abortion. He tells a woman all you have to do is go to this clinic to just get it over with, you know.” She added, “And then you, that guy, he’ll stay with you, that friend or that guy , whoever he is, he will marry you, sweep you off your feet.”

It’s worth noting that abortion is a cultural flashpoint in the US, with several GOP-led states passing restrictive abortion laws. Rep. Greene has spoken out strongly against the practice and has been known to invoke her Christian faith when confronted with the issue. Her hour-long interview with Voris, published on Monday April 25, sparked controversy this week after she attacked the Catholic Church. Greene also claimed that Catholics were supporting an “illegal invasion” by providing sanctuary to undocumented migrants and that there was evidence that “Satan controls the church.”

Bill Donohue, the president of the Catholic League for Religious and Civil Rights, condemned Greene’s comments Wednesday, April 27, saying they “slandered the entire Catholic Church.” The Congresswoman replied with an explanation on Twitter and said she was a “cradle Catholic” who left the church “because I realized I couldn’t trust the church leadership to protect my children from pedophiles and that they harbored monsters even within their own ranks.” She added: “It’s church leadership that I was referring to when I called the devil. The bishops know this, but their faithful lapdog acted like I was disrespectful to the faith.”