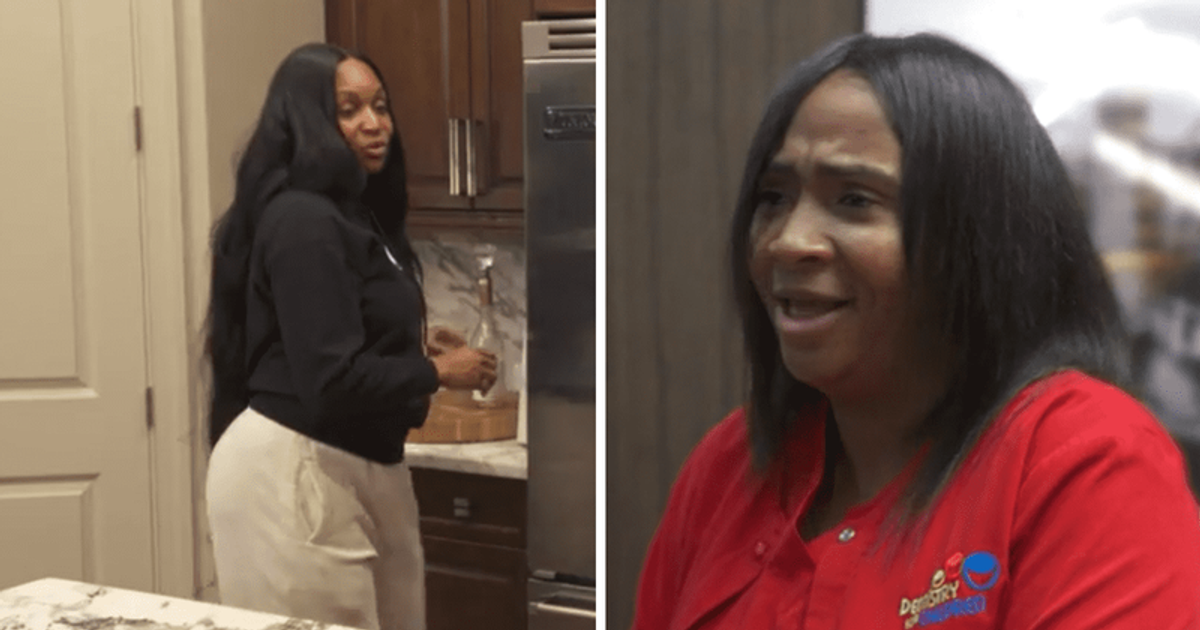 In a brand new preview of Real Housewives of Atlanta Season 14, Marlo Hampton talks to her sister about their challenges as a parent

Bravo’s Real Housewives of Atlanta star Marlo Hampton is used to being vulnerable. In a recent network preview, she can be seen struggling to reconcile with her nephews Michael and William.

Madame Noire claims that Marlo was awarded full custody of her nephews when her older sister was hospitalized with bipolar disorder and schizophrenia. Marlo has been taking care of her nephews for two years. She is currently responsible for 14-year-old Michael and 13-year-old William Roberson, with whom she attended the ‘Meals On Wheels Atlanta’ Community Service Day in June 2022 on ‘RHOA’ Season 12. They currently live with her aunt . Marlo is referred to as her “Munty”, a cross between “mama” and “aunt”.

Marlo Hampton Responds to Twitter Backlash About Her Nephews

In a recent Bravo preview for the July 17 episode, Marlo can be seen scurrying through the debris her nephews had made in her room. The room appears to be in ruins, with piles of clothes everywhere. Marlo receives a visit from her sister Crystal as she tries to navigate the chaos. When her sister arrives, she talks to her two nephews about their parenting issues.

When Crystal asks about Marlo’s day, she immediately offers to show her the boys’ room. Marlo leads them around the room and realizes that they cleaned up a few days ago, but everything is a mess now. The most shocking thing in the room was Michael’s apparent punch through the wall. Marlo tells Crystal that Michael reportedly got angry about something she said no to when she was in New York, culminating in him punching a hole in the wall.

Crystal quickly suggests anger management for the boys based on this. Marlo, outraged, adds that the boys would never do such a thing at their other aunt’s house. In such matters, Crystal advises her to be more “structured”. She warns Marlo that the boys will do whatever they want if she doesn’t get the situation under control, citing the smashing in the wall as an example.

Marlo goes on to say that the boys often complain that she is too strict with them. Crystal weighs herself in with her two cents. According to Crystal, Marlo is only strict about schoolwork, but she also has to be strict about housekeeping. She advises Marlo not to just act scary as the boys would notice and take advantage of her.

Marlo Hampton of ‘The Real Housewives of Atlanta’ has responded to anger and criticism after admitting to forcing her nephews Michael and William to leave their home in the latest episode of ‘RHOA’. Marlo took to social media to defend herself against parenting critics who accused her of expelling her nephews. “Your nephews grew up feeling abandoned by their mother who was in and out of their lives and at the first sign of trouble you throw them out of your house?! MARLO, me and you, #RHOA.”

Meanwhile, the newly promoted ‘RHOA’ actress shared a series of retweets to defend herself against her co-stars, many of whom disagreed with her decision to kick her nephews out of their home, mentioning that when she signed up Parents, she should have stuck with it — even through tough times. “How can you wrongly call @iheartMarlo when she never had kids or had to worry about anyone but herself until these boys showed up! #RHOA,” her first retweet read.

Another retweet read: “It’s a lot of moms judging @iheartMarlo like they don’t know motherhood/parenting is extremely tough at times #RHOA.”

The Real Housewives of Atlanta Season 14 airs a new episode every Sunday at 8 p.m.