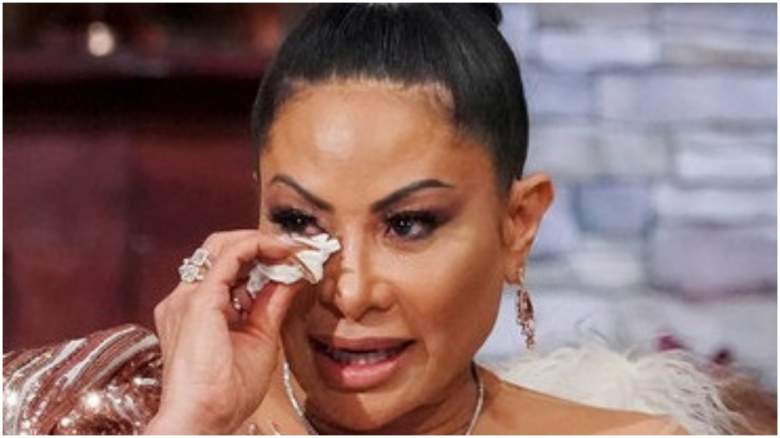 The stars of The Real Housewives of Salt Lake City are mourning the loss of a longtime friend and legendary season one guest-star.

According to KSL, Nassi was born in Italy, but he’s been trained to be a chef around the world. He moved to Utah in 1998, fell in love with the city and eventually found great success with top Italian restaurant Valter’s Osteria.

On September 21, Valter’s Osteria’s Facebook page shared a post announcing Nassi’s death, according to KUTV. The since-deleted post states that Nassi died of cancer and that his “spirit at Valter’s Osteria” will live on through his food and staff “family.”

Utah Governor Gary Herbert mourned Nassi’s death. tweet“We are saddened by the death of a Utah icon, Valter Nassi. Winner of the Governors Award for Culinary Arts, Valter’s Osteria is where we come to enjoy great food and Valter’s outstanding personality.”

RHOSLC star Heather Gay posted on social media a tweet about Nassi. “RIP Walter,” she captioned a photo of him along with a broken heart emoji.

On Instagram, she shared a photo of Nassi with the caption, “Rest in peace Valter! Utah icon and #RHOSLC. We will miss you. Sending love and condolences to the entire famiglia.”

RHOSLC star Whitney Rose also reposted a group photo of the RHOSLC Season 1 cast posing with Nassi on her Instagram story with the caption “We’ll miss you Valter.”

Nassi appeared in two RHOSLC episodes titled “Roaring Emotions” and “Ladies Who Lunch” in 2020 on IMDb. The latter episode documented a fancy Met Gala lunch at Nassi’s restaurant, where co-stars Jen Shah and Mary Cosby got into a loud argument while the restaurant owner and his staff stood mute and stone-faced.

“I don’t want that around Valter. He’s really upset right now,” Cosby said as the camera panned to the restaurant owner and his stunned group of employees.

“I’m also friends with Valter. And Arturo,” added Shah. “You’re not the only one who knows her.”

The embarrassing scene made Nassi a RHOSLC icon, and Cosby’s “Valter is upset” line became a meme and is even available on a sweatshirt, according to Bravo and Blaze.

When the episode aired, Gay suggested that Nassi be a full-time cast member of “Real Housewives of Salt Lake City.” “He was a scene thief tonight! Give Valter a snowflake! #RHOSLC,” she tweeted.

According to BravoTV.com, Shah later gave fans an update on her relationship with the restaurant owner and his general manager after she ran into them at lunch after the screaming match. During an appearance on “Watch What Happens Live” in December 2020, Shah was asked if she had seen Nassi since she made a scene at Cosby’s lunch.

“Yes, I saw Valter and Arturo,” Shah revealed to WWHL. “You are so good. You are totally good.”