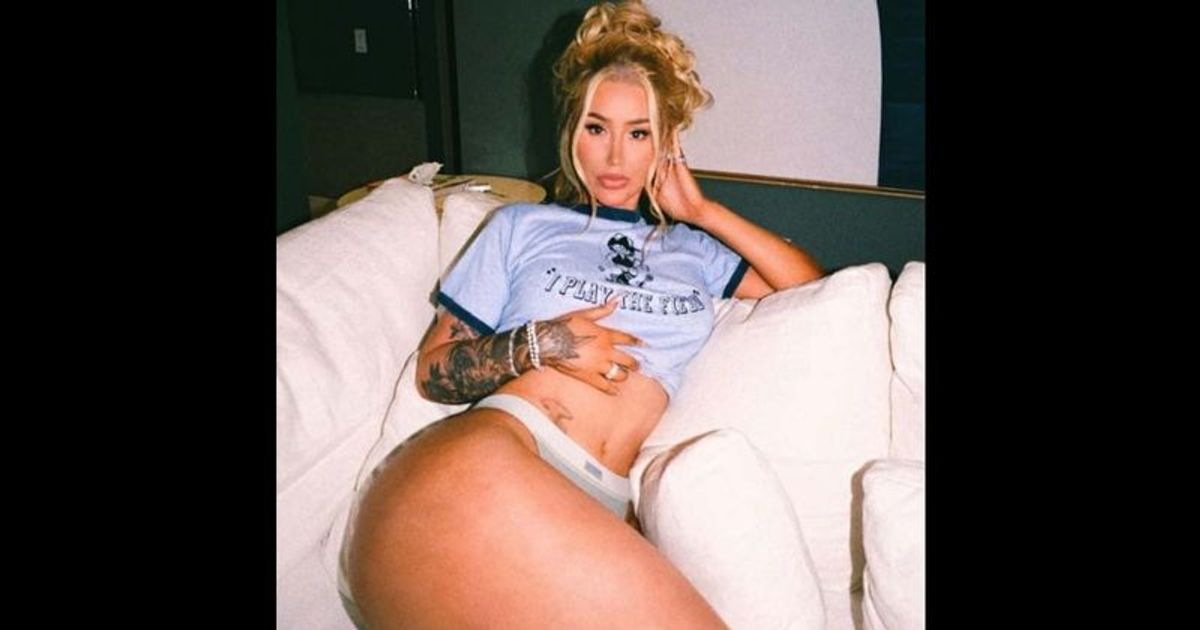 Almost two weeks after joining OnlyFans, rapper Iggy Azalea has caused a stir on Instagram with her exclusive and uncensored photos. The 32-year-old raised the temperature yet again when she teased her fans with a steamy lingerie snap on the social media platform on Saturday, January 21. Azalea donned a faded blue thong and a matching crop top that read “I Play The Field,” which flaunts her curves and inked body as she faces the camera.

Her shiny golden locks were wrapped in a high messy bun, with two strands falling to the sides of her face. She added a simple caption: “Hi” and tagged the photographer in the post. Azalea’s makeup was on point as she kept it natural with a nude color on her plump lips. She completed her look with a pair of shiny silver bracelets and rings as accessories. At the time of joining the adult sharing site, Azalea revealed she was collaborating with a “mixed media project.”

Is Iggy Azalea Coming Out Of Retirement? Rapper says ‘cry about it’, fans claim ‘it’ll flop’

She shared the news with her followers: “SURPRISE! I’m coming up with a mixed media project called ‘Hotter Than Hell’. There’s photography, visual art collaborations, videos, merchandise, and all kinds of aesthetically pleasing hot-as-hell things happening this year. You can get a first look at content and updates on my new OnlyFans account.”

Fans praised the ‘Fancy’ hitmaker’s idea, with one writing in the comments section: “OMG yeah yeah yeah!!!” A second chimed in: “Your hotter than hell.” still can’t believe it Iggz!!! You weren’t acting when you said “Hotter Than Hell,” read a third comment.

Meanwhile, a user found a deleted tweet from Azalea from 2021, in which she vowed not to join the site despite “empowering” others. “I think OnlyFans can really empower people. But I will never join,” she said in the now-deleted tweet, according to the DailyStar. “I don’t want to do that type of content and it just bogs down the bag for people who are really engaged in this life. Shoutout to the villains!!!!”

Azalea’s OnlyFans content is $25 per month for subscribers. The ‘Work’ rapper describes her content from ‘Hotter Than Hell’ as “uncompromisingly hot” and largely inspired by Pamela Anderson and Madonna’s infamous ’90s sex book.