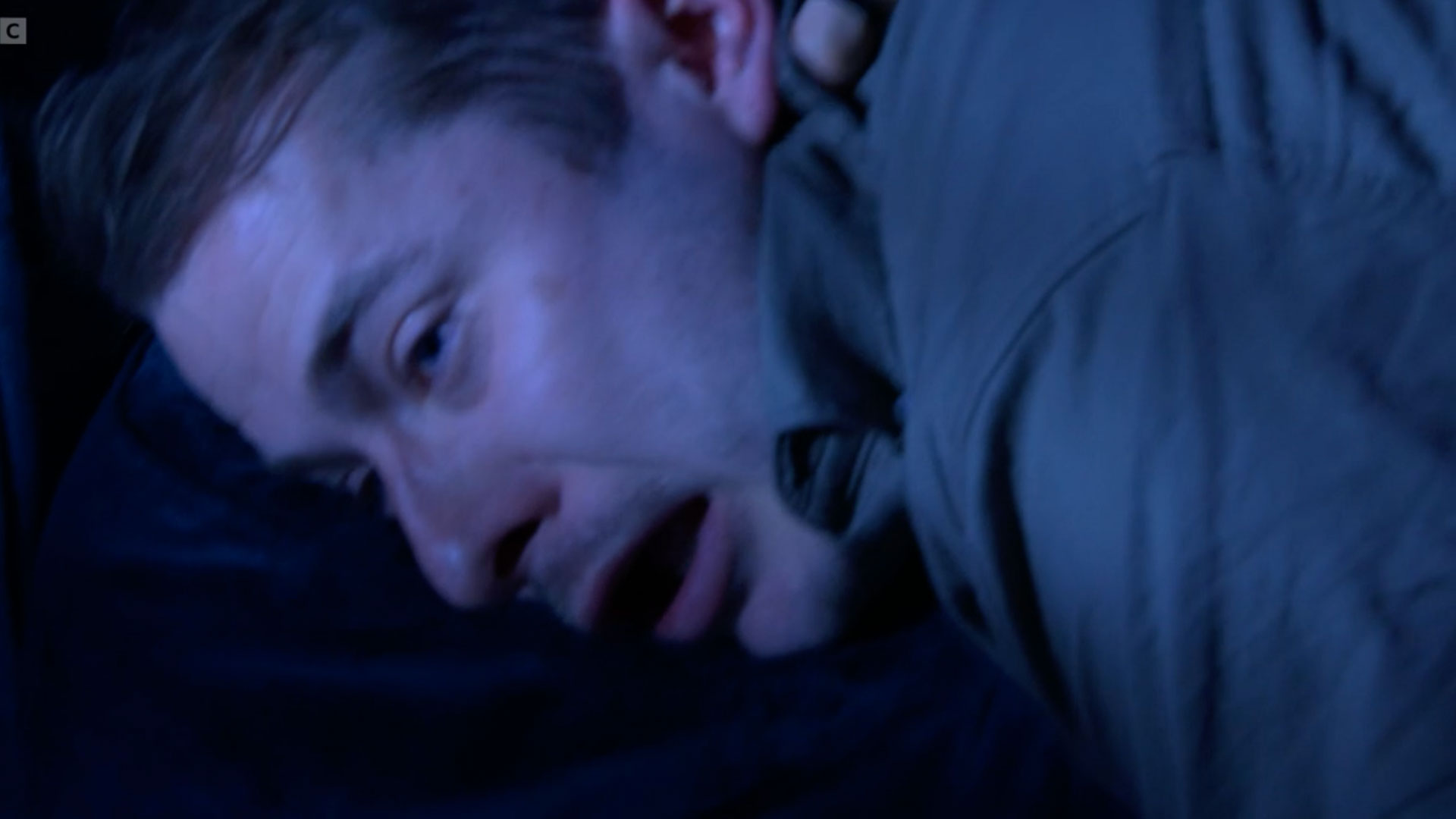 However, the friendship took a very dark turn in Monday’s episode.

The episode begins with Ben facing the wrath of his husband Callum Highway (Tony Clay) when the police officer finds out he told Lewis about his secret vigilante actions, which has led to a major argument between the couple.

Viewers know that Ben went after homophobes and brutally attacked them in revenge for his own homophobic attack.

Struggling to keep the peace, the couple shared some difficult words and parted ways, wondering if this is the end of their relationship.

With his marriage seemingly falling apart, Ben went to the Vic to drown his sorrows.

Meanwhile, his daughter Lexi arrived for a sleepover and asked where he was, forcing Callum to go into hiding.

The couple spends time together, leading Callum to send Ben a selfie of them together.

However, Ben doesn’t see it and instead decides to sabotage himself by loading a dating app.

After a few texts, they both met up for drinks and before long a drunk Ben started flirting with Lewis.

After The Prince Albert closed, one thing led to another as Lewis and Ben headed upstairs, but when Ben saw Callum and Lexi’s selfie, Ben started to change his mind.

He decided to leave and called the time for his date with Lewis – but the bar manager refused to list.

Despite Ben telling him to stop, Lewis refused and raped Ben in horrific scenes.

Another wrote: “Whoa that scene with Ben was profound.”

He revealed that Ben’s world will collapse before his eyes after the attack.

“There’s a massive element of confusion as to what happened the night before,” the actor said.

He then added that Ben will go through the tragic struggle of every sexual assault survivor, which often involves finger pointing.

“Ben blames himself for the rape and the failure of his marriage,” Max continued.

“Totally confused and a bit lost,” Ben is in a state of pure shock, slowly but surely becoming “a shell of himself.”

“It takes him a while to realize he’s a victim.