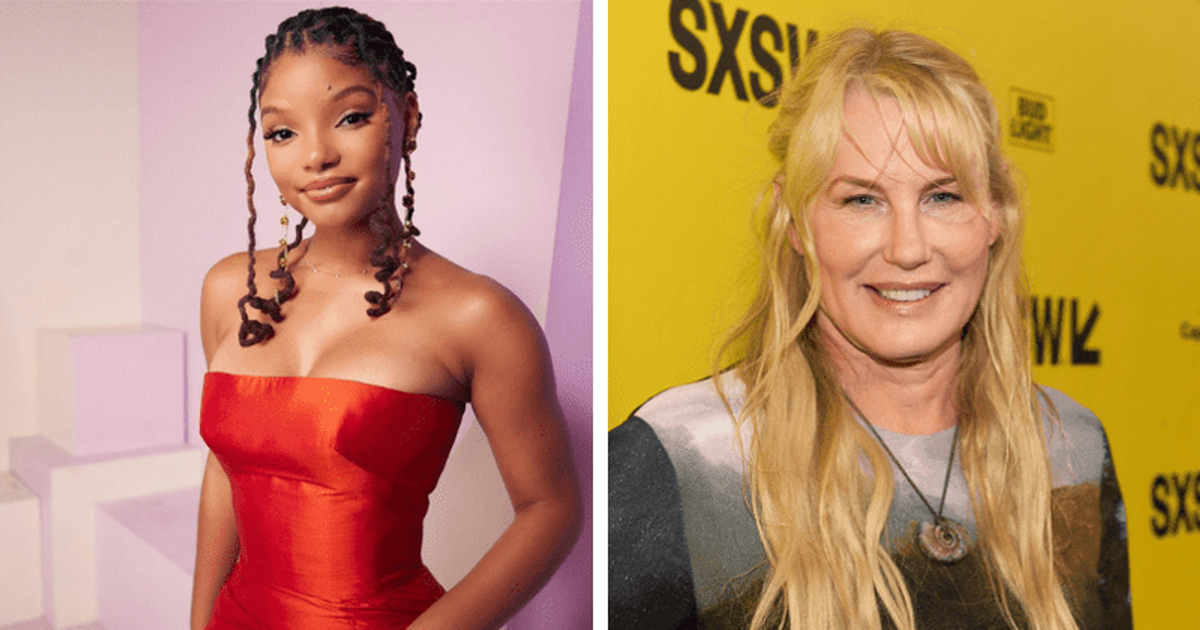 Daryl Hanna, the mermaid in rom-com Splash, has defended Halle Bailey after racist trolls criticized her for her role in Disney’s Little Mermaid.

LOS ANGELES, CALIFORNIA: Actress Halle Bailey, 22, was cast as the lead character Ariel in Disney’s latest live-action remake of The Little Mermaid in August. But an online debate began after people complained that Halle didn’t “look” like Disney’s original version of Ariel, which was drawn as a white girl with red hair (albeit with a fishtail instead of legs). Many stars supported Bailey after she was subjected to racist trolling. Among them was former mermaid from the rom-com Splash, Daryl Hannah.

Hannah, 61, played the mermaid Madison opposite Tom Hanks in the hit 1983 film Splash. She tweeted her support for Bailey against the racist comments she later received online after Disney posted about their new live-action mermaid.

As soon as Disney released the Little Mermaid live-action trailer, many viewers bombarded the clip with dislikes and racist comments. While the trailer garnered a large number of views in its first few days, it also saw a large outpouring of negativity. Trolls were unhappy that Bailey, a black actress and singer, was cast as Ariel in the film. Although the YouTube page itself doesn’t reveal the number of dislikes, it has been estimated via a Chrome extension that the total number of dislikes is around 2 million and growing with just 865,000 likes.

Daryl Hannah referenced her time as the fictional mermaid on the rom-com Splash to show her support for Bailey. She tweeted: “The little mermaid is black, I met her there! #dontbearacistdork.” When a social media user slammed her stance, saying: “This tweet is meant to intentionally divide people. I don’t care what color a fictional cartoon character is, and neither should you,” Daryl Hannah replied, “Glad to hear you’re not bothered. I appeal to those who bother not to be divisive be”.

Many other stars also came forward to extend their support for the actress and the racist comments she received in the comments section. Daily Show host Trever Noah showed his support during Thursday’s episode. He showed footage of a newscast focused on online complaints about the fact that the film stars a black actress, Halle Bailey. “Really folks – are we doing this again?” Noah said, “Once again, some internet racists are upset that a fictional character is being played by a black person. This is so ridiculous.” he added.

Oscar winner Halle Berry also defended Halle Bailey amid a storm of criticism after the film teaser was released. Jodi Benson, who voiced Ariel, gave her seal of approval in a post on her Instagram story, noting that she was looking forward to Bailey, which Bailey also shared again on her Instagram story. Benson continued, “Halle, you were absolutely amazing! I am SO proud of you and your wonderful performance as Ariel. It was so wonderful to celebrate with your family at #d23expo.”