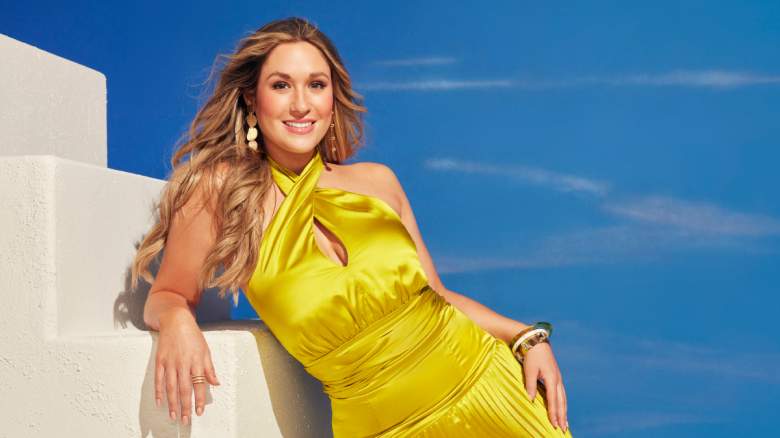 Rachel Recchia is looking for love alongside her Bachelor Nation bestie Gabby Windey in season 19 of The Bachelorette.

Standing side by side, the women are greeted by 32 men outside the Bachelor Mansion during the premiere. According to ABC, the potential suitors arrive in “hopes to woo the ladies with their charms, but they’ll soon realize it takes more than good looks and a memorable entrance to win the heart of one of these bachelorettes.”

The 26-year-old became a fan favorite following her emotional breakup on Clayton Echard’s season of The Bachelor. But, as the episode description promises, “Rachel and Gabby have put their breakups behind them and are ready to find their person…even if it means breaking all the rules on the first night.”

So who gets Recchia’s first impression rose? is she kissing someone Here’s what you need to know:

Recchia’s first impression rose recipient on The Bachelorette hasn’t been confirmed, but according to Bachelorwhatever’s Instagram account, it’s likely Tino Franco. He is a 27 year old general contractor from Playa Del Rey, California.

Bachelor Nation leads hand out their first rose of the season ahead of the rose ceremony to someone who made an early impression. The franchise’s female leads have a better track record, with most recipients making it to Hometown Dates and eight of them going on to win their seasons, according to Us Weekly.

Recchia’s last four men are other potential contenders. According to Reality Steve, the four contestants to make it this far are Franco, Aven Jones (28), Tyler Norris (25), and Zach Shallcross (25).

The other season 19 contestants are:

It remains unclear how many men Recchia locks lips with that first night, but there is at least one confirmation.

Bachelorwhatever shared a leaked photo from the season premiere. In the snapshot, the 26-year-old clearly kisses Franco.

Another promo of the night shows pilot Jordan getting close to Vandergriff during a one-on-one time. Will he grab a kiss too?