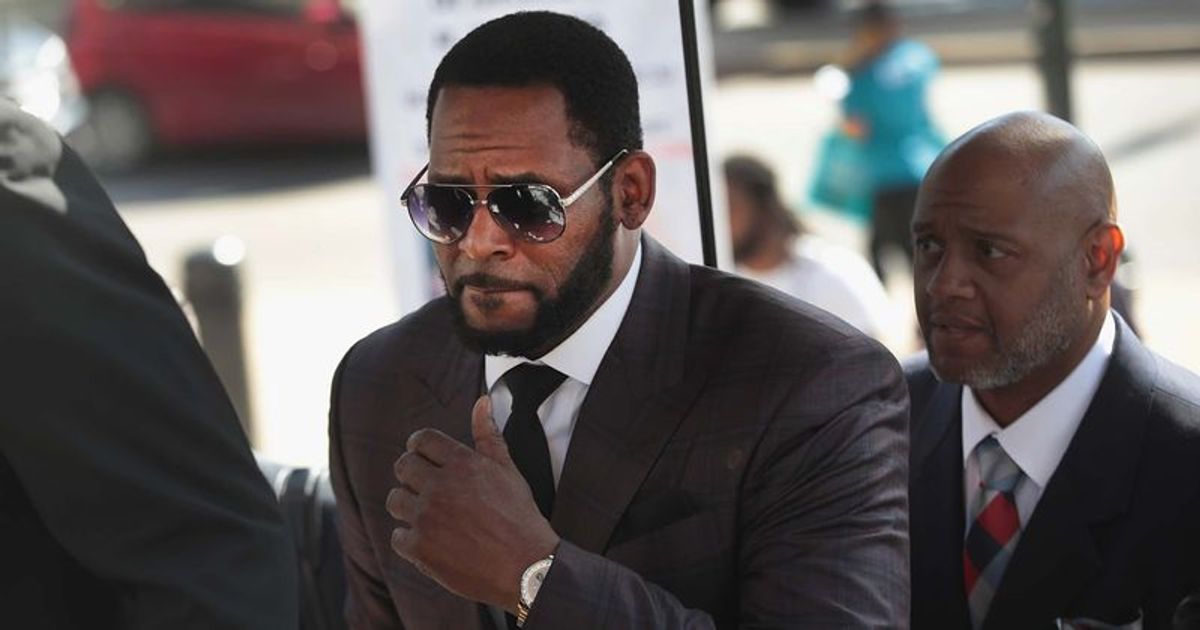 During the singer’s trial, a man named Louis testified that the musician forced him to call him “daddy” and filmed their sexual encounter

R Kelly has clarified his sexual orientation after a male accuser claimed the singer performed oral sex on him. The disgraced singer apparently told his doctor he wasn’t gay before being sentenced to 30 years in prison in a racketeering and sex trafficking case.

The “I Believe I Can Fly” singer has told his doctor that he only has sexual interests in women, according to a psychiatric evaluation obtained by Radar Online on Sunday July 17. The report was presented by the musician’s attorney on June 13 after his sentencing last month, in hopes that the judge would be swayed by Kelly’s childhood trauma into giving him a lesser sentence.

According to the report, the doctor asked R Kelly about his sexual orientation. The document states: “Mr. Kelly identified his adult sexual interest as heterosexual.” Kelly scored a one on the Kinsey scale. “Kinsey defines a score of one as having an overwhelming majority of sexual attraction, desire, fantasy, or activity with members of the opposite sex (heterosexual); homosexual experiences are rare and largely experimental.”

Male accuser Louis had testified in court during R Kelly’s trial in 2021, saying the musician approached him while he was working at the drive-thru at a local McDonald’s.

Louis, who claims he was 17 at the time, said Kelly gave him his phone number and invited him back to the recording studio. He then asked him what he was willing to do to make it in the music industry, the prosecutor said.

Louis added that before he started giving him oral sex, R. Kelly asked him if he had “fantasies” about other men. “He just told me we had to keep it between me and him,” the witness told jurors. Louis later emphasized that R Kelly made him call him “Daddy” and recorded their gender.

Kelly was sentenced last month to 30 years in prison after being convicted last year for using his celebrity and wealth to attract women and underage girls to sex for over a decade. US District Judge Ann Donnelly delivered the verdict in federal court in Brooklyn.

Kelly, 55, was found guilty last September after a nearly six-week trial. He is one of the most prominent people convicted of sexual misconduct during the #MeToo movement.

“While sex was certainly a weapon you used, this isn’t about sex. It’s about violence, cruelty and control,” Donnelly explained. Kelly did not speak at the sentencing hearing, but his victims testified extensively about his abuse during the trial.

Prosecutors allege Kelly used his entourage to find victims and protect himself from investigation. His attorney argued that he should only be sentenced to 10 years in prison because he had a traumatic childhood “which was associated with severe, prolonged sexual abuse, poverty and childhood violence.”

The verdict comes just over a month before jury selection begins in Kelly’s separate, long-delayed federal trial on Aug. 15 in Chicago. In this case, Kelly and two of his former associates are accused of orchestrating the singer’s acquittal in a 2008 child pornography trial and concealing years of underage sexual abuse.