Queen’s grandson James, Viscount Severn, 14, shows maturity over his age as he attends the vigil at Westminster Hall 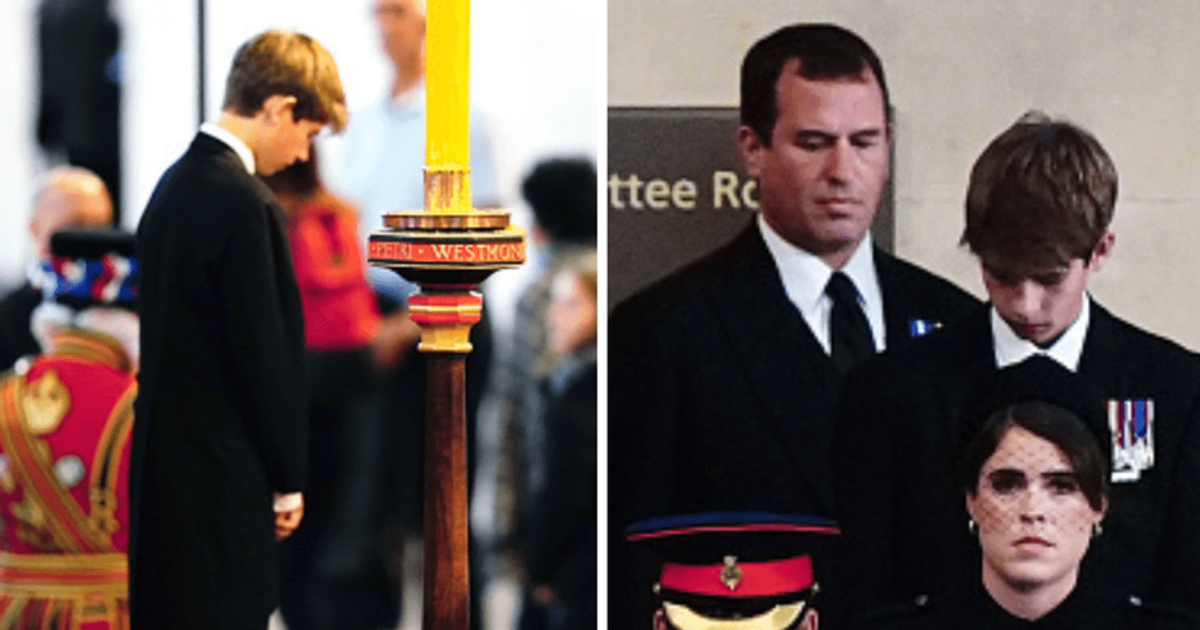 The 14-year-old was joined by his sister Lady Louise, Prince William, Prince Harry and other grandchildren at the vigil, which took place on Saturday September 17

LONDON, ENGLAND: James, Viscount Severn, the youngest grandson of the former monarch, Queen Elizabeth II, portrayed himself as a mature person as he stood for the vigil held at Westminister Hall on Saturday September 17.

Portraying maturity beyond his years, he looked somber as he mourned his grandmother’s death. James, Viscount Severn was joined by all of the late Queen’s grandchildren, including Prince William, the Prince of Wales, Prince Harry, dressed in Blues and Royals uniform, Princesses Beatrice and Eugenie, Zara Tindall and Peter Phillips, and Lady Louise Windsor .

According to the DailyMail, the 14-year-old bowed his head as he looked down during the vigil, which lasted around 10 minutes. The eight grandchildren arrived at Westminster Hall and held a vigil at the Queen’s coffin in tribute to their beloved grandmother.

Prince Harry was allowed to wear a military uniform for the vigil on Saturday September 17. At the vigil, Prince Williams and Prince Harry reunited to mourn the death of their dearest grandmother. Earlier on Friday 16 September all four of Queen Elizabeth II’s children stood in vigil at Westminister Hall. King Charles, Princess Anne, Prince Andrew and Prince Edward held their ceremonial vigil of the late Queen, at which Prince Andrew was also allowed to wear the military uniform.

Queen Elizabeth II, the longest reigning monarch in modern history, passed away on September 8 at the age of 96. The late Queen was reportedly suffering from illness and mobility issues and died at her residence in Balmoral just days after meeting Britain’s new Prime Minister Liz Truss on September 6.

Meanwhile, Buckingham Palace announced on Saturday September 10 that the Queen will be honored with a state funeral on Monday September 19 at Westminster Abbey in central London. This is the first time a service for a monarch has been held at the abbey since the 18th century.

However, her final resting place is expected to be the King George VI Memorial Chapel in Windsor. Her husband Philip was buried in the royal vault of St George’s Chapel but he is being transferred to join the Queen. King Charles has asked the public to observe a royal period of mourning for a week after his mother’s funeral, and the doors of Westminster Abbey will open at 8am on Monday morning to allow a gathering of nearly 2,000 VIPs to take their seats.