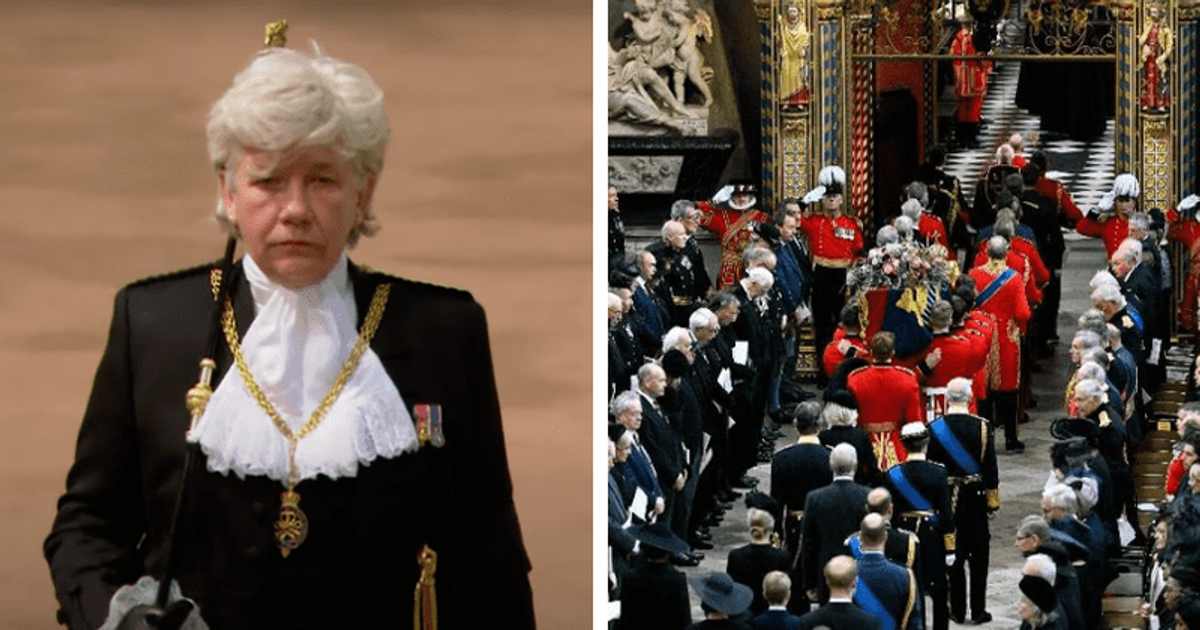 LONDON, UK: Hundreds of thousands of people crowded past the coffin ahead of the Queen’s funeral at both St Giles Cathedral Edinburgh and Westminster Hall of Parliament. Early Monday morning, the last of the mourners who had waited in line all night emerged from the cavernous medieval hall. The Queen’s stay in bed has officially come to an end ahead of her funeral today, with an estimated 400,000 mourners passing through Westminster Hall over the past five days.

In an emotional moment, Black Rod Sarah Clarke OBE was spotted wiping a tear on the Queen’s coffin ahead of the funeral. People were allowed to queue to see the Queen’s coffin until 10.30pm last night, giving them time to get through before the 6.30am closing. The last member of the public to be admitted was Christina Heerey, who serves in the Royal Air Force, after Ms Mansouri, 55, originally from Iran, who lives in South Croydon, London. Members of Parliament staff then followed her, with Black Rod Sarah Clarke being the last person to walk past the coffin.

After escorting the last member of the public through the room, Sarah Clarke OBE addressed the Queen one last time. After bowing, she turned and walked on, seeming to wipe away a tear as she did so. You can see the video here.

Thousands of people have marched along the River Thames around the clock at the funeral, and members of the public, celebrities and foreign dignitaries have gathered under Westminster Hall’s hammer-beamed roof. Some bowed and curtseyed while others made the sign of the cross as they paused by the coffin. The coffin was draped in the royal standard on which were placed the jewels of the imperial state crown, scepter and orb.

For the Queen, it was her final duty in Parliament, an institution she frequented throughout her 70-year reign. She delivered her first Queen’s Speech at the State Opening of Parliament on 4 November 1952.