“Queendom 2” Episode 4: Why are there so many mistakes? Fans say “be more understanding” 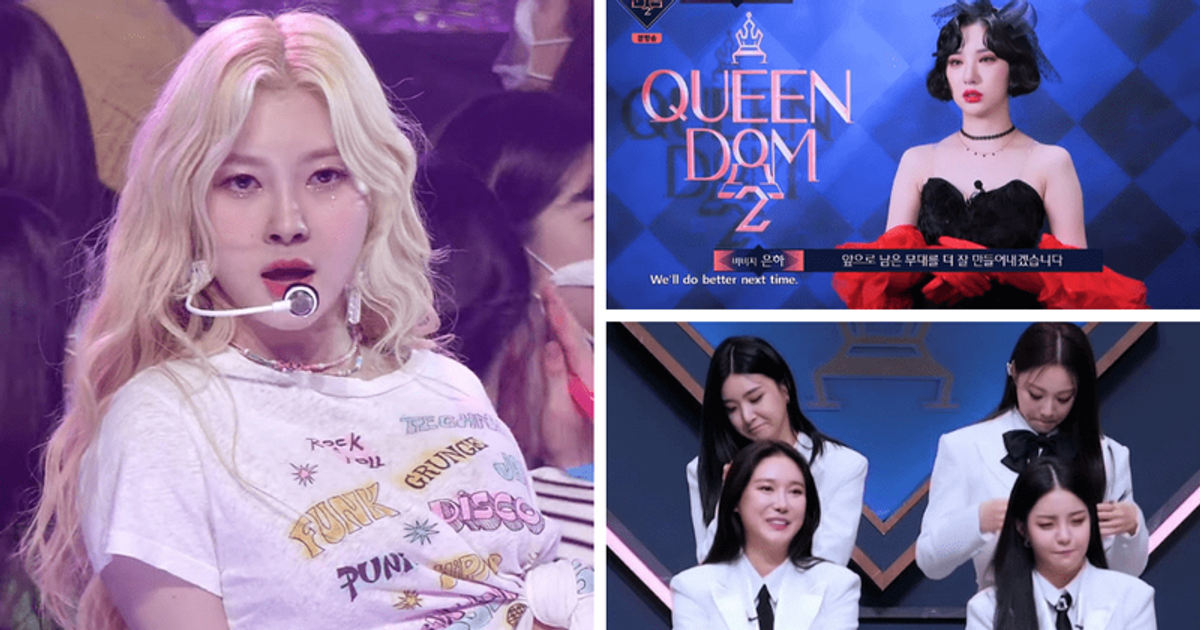 ‘Queendom 2’ is in full swing, with Episode 4 showing Viviz stepping out of her comfort zone, Hyolyn hanging from the ceiling while we got the Round 2 leaderboard. Hyolyn won again with perfect results followed by Loona who placed last in the prelims as her Covid-19 diagnosis affected her performance. Round 2 was exciting for many as the mission for the participants was to swap songs with each other.

However, in recent episodes of Queendom 2, we saw some of the contestants cry and be disappointed with their performances as they made mistakes during their stages. WJSN’s Yeoreum practiced hard for a solo dance break after feeling she let her group down in Round 1 by not dancing well due to a prop cracking and ruining the stage. Brave Girls were also disappointed not to be able to show their full potential as their voices were impaired due to testing positive for Covid-19.

In Episode 4, Viviz opted for a bold and Latin American choreography, with each member having a solo part. Unfortunately Eunha felt like the worst dancer in the group as she made a mistake in the very part she had been practicing the most. They were followed by rookie group Kep1er, who only debuted in January. Many of the viewers were opposed to them competing and they knew it. After finishing low in Round 1, Kep1er hoped to change viewers’ minds as they went all out in Round 2. Highlights included Xiaoting’s martial arts tricks and Bahiyyih’s dancing with a ballet barre. However, Dayeon fell while Yujin felt like she screwed up because her shoes got wet.

“Queendom 2” Episode 4 has discouraged the contestants

Another shared, “SinB speaking of Eunha: ‘She’s very optimistic. She tends to brush things off easily. But everyone in QD2 is determined. It’s OK. She’s having a hard time because she wants to do well.” It’s okay, Eunha. You did well!” One WJSN fan added, “I rewatched episode 3 and damn I’ve never seen Yeoreum cry so hard before. It really breaks my heart to see her cry like that. She was really concerned about the middle dance break in Round 1, although she really did a great job.”

One fan pointed out: “Queendom shows so much how little mistakes affect idols emotionally so please let us be more understanding and careful with our words, some people are tough because they don’t realize how much they work hard and suffer because of it :(((.” Another hoped the girls wouldn’t be too hard on themselves: “These girls on Queendom 2…they make mistakes here and there, but it doesn’t stand out unless they say what …is professional, isn’t it? /little mistakes here and there, but it doesn’t really stand out unless they say so…”