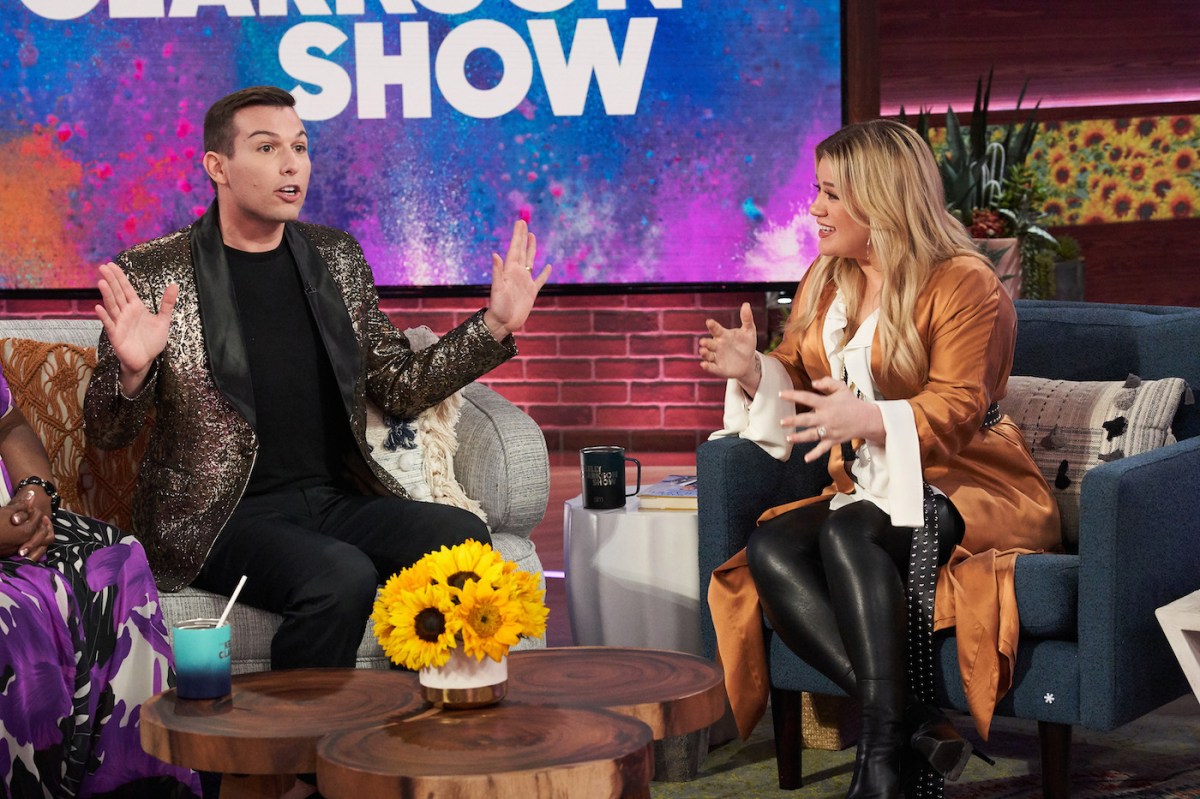 Reality TV star and psychic Matt Fraser says your dead loved ones see everything… and he means it everything.

An emotional read recently took a humorous turn when a woman’s husband reached out from the other side and asked for a friend named “Tom.” Even Matt seemed a little stunned.

“Who the hell is Tom?” he asked the woman, who received an audience reading during his tour. The woman looked shocked and started laughing.

“Are you okay over there?” Matt joked. And asked again who Tom was.

“A guy I dated,” the woman replied sheepishly. The audience erupted in laughter.

Matt couldn’t resist cracking a joke. “Don’t come to a medium if you have secrets, honey!” he exclaimed. “I don’t know what to tell you!”

By now the woman and the entire audience burst out laughing. The woman explained that “Tom” was someone she dated when she and her husband temporarily separated.

“But then we got back together five years ago,” she said of her late husband. “And he didn’t like Tom.”

Then Matt put that zinger on the woman. “Is it better that he saw in heaven what you did to Tom?” he asked. The audience erupted in laughter.

“But that’s your husband’s sense of humor, by the way,” laughed Matt. “Because he says, ‘I hope it was worth it!'”

Matt said to the audience, “You all didn’t know what you were getting at tonight!”

“He says to me, ‘Matt, can you please tell her something?’ He says that even though you were apart of that time here in this world, he said to me, “Matt, that’s what it took me to realize how much I loved her [her].’ Because I’m going to be very honest,” Matt said. “Your loved ones are telling me the truth. And he also says to me, ‘Matt, she didn’t want to break up with me.’”

Then Matt and the woman receiving the reading learned why her husband was so sorry. “Because not only was I separated from her, I was separated from my daughter,” Matt said. “And he wants you to know that. He keeps saying to me, ‘Matt, sometimes things happen for a reason, because I didn’t understand it then, but I get it now.’”

“He’s like, ‘I know we were put together for a reason,'” Matt continued. He added, “He says, ‘We came together because we were meant to stay together.’ And even though you had this breakup and this breakup, he tells me that. He says, “Matt, the moment I lost her, I realized I had lost my life.” Her husband says, ‘Matt, you can understand that because that was great for me,'” added Matt.

Matt included this psychic reading and others on his new TikTok. Since joining the social media app, Matt Fraser has garnered over 1.5 million likes and his videos have been viewed over 10 million times. His content consists of short clips where he gives readings to people and offers advice on the subject of love and life. Matt came to TikTok because he wanted to create fun content that showcases exactly what it’s like to attend live events in person or via Zoom while delivering profound messages from heaven.