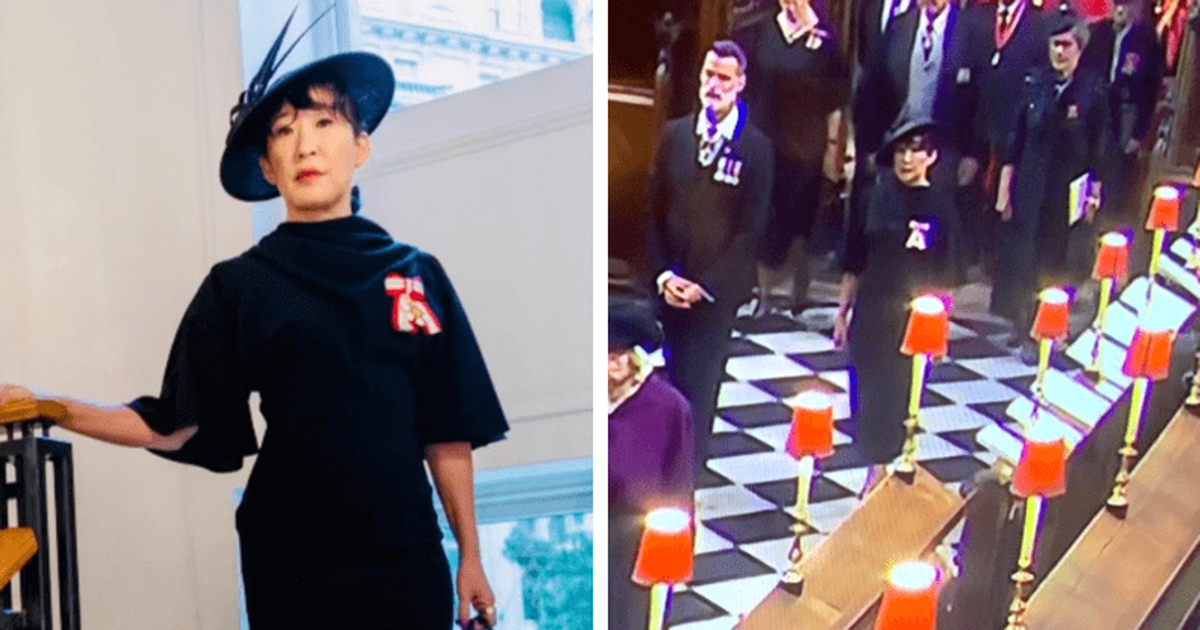 LONDON, ENGLAND: The late Queen was finally buried on Monday September 19 after a lavish service. Many leaders and VIPs from around the world came to attend the ceremony in loving memory of the longest serving monarch. One of those VIPs was actress Sandra Oh. The actress joined the Order of Canada delegation alongside two other Canadians – musician Gregory Charles and Olympic swimmer Mark Tewkesbury. Now she’s shared some private photos with her fans to get a better look at what is a core memory for her.

The ‘Killing Eve’ actress took to her Instagram to share her pics with the caption: “Proud to be 🇨🇦 with my other Order of Canada & Valor recipients @gregorycharlesofficiel @marktewks @palmerlp26 at the funeral of Her Majesty Queen Elizabeth II She tagged Charles and Tewkesbury and made special mentions of Karen Clarkson, who according to her Instagram bio is a stylist, Tahira, a make-up artist, and Stefan Bertin, a hairdresser. The Emmy-nominated actress posed on a staircase with the red and white medal of the Order of Canada, which symbolized their officer status quite clearly.

She also shared a picture of herself with other members of the Canadian delegation, including Leslie Arthur Palmer, Tewksbury and Charles, who were Cross of Valor recipients. She then shared a sober selfie of herself with her back to the Thames and photographed with the outside of the Palace of Westminster. In the last picture, she is seen alongside Charles and Tewksbury on behalf of the Canadian delegation during the ceremony at Westminster Abbey.

While it was previously confirmed that Sandra Oh would be attending the Queen’s funeral, many people were unaware of it. Seeing Sandra Oh at the funeral came as a shock to any of her fans, but that still didn’t stop them from adoring her. One user wrote: “Sandra oh at the Emmys and the Queen’s Funeral all within ONE WEEK. Iconic behavior.” Another user tweeted, “Honestly, Sandra Oh taking a selfie at the Queen’s funeral at the goddamn Rachel Trevor-Morgan Millinery is an iconic act of anti-colonialism. no Notes. Ma’am.”

Another fan praised the ‘Grey’s Anatomy’ actress, saying: “Sandra oh, takes a selfie before attending THE QUEEN’s funeral? Cult.” Another user tweeted, “Love how the Queen’s funeral was today and everyone freaked out about Sandra oh.” One fan tweeted, “My timeline is watching and live tweeting the funeral because Sandra Oh is there…the Killing Eve fandom is really different.”