Princess Diana to Meghan Markle: The 10 most important fashion moments at Royal Ascot 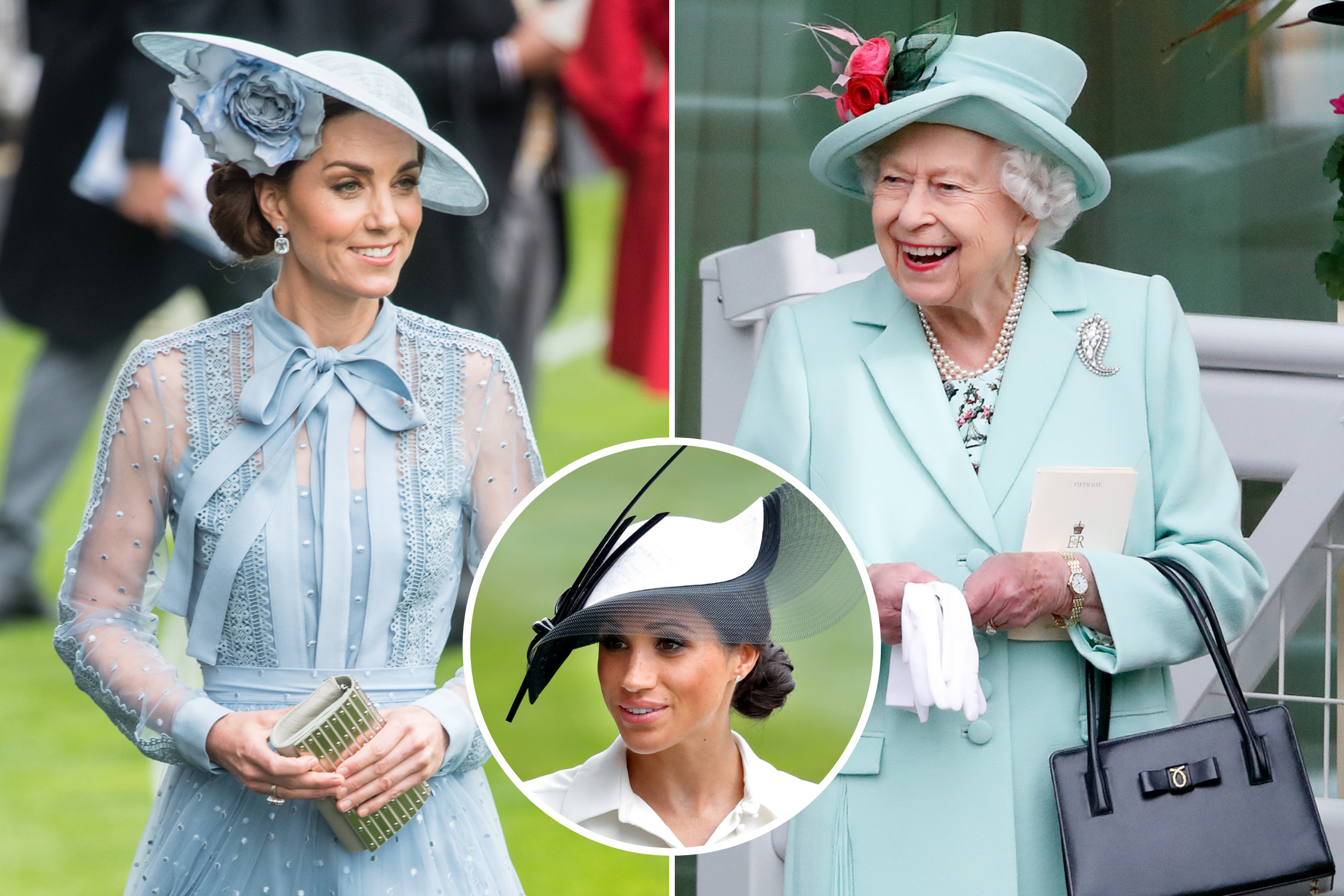 As the annual Royal Ascot horse race prepares in Britain, latestpagenews.com takes a look at the top 10 royal fashion moments of the past few years.

Today, Queen Elizabeth II is known for her conservative, rainbow-hued wardrobe. But over the course of her seven-decade reign, she has experimented with different styles.

In 1976, the 50-year-old Queen wore one of her bolder outfits: a smart white coat with a bright orange band around the collar, cuffs, pocket opening and center front clasp.

The manufacturer of the coat is not known. But by that time the Queen’s trusted designer, Sir Norman Hartnell, had retired and her wardrobe was being made by Sir Hardy Amies and also one of Hartnell’s protégés, Ian Thomas.

Princess Diana’s fashion was sure to draw attention wherever she went, and Royal Ascot provided the perfect opportunity to see the princess at her best.

For the 1986 event, Diana wore an all-white ensemble consisting of a pleated silk skirt and jacket. The jacket was a quintessential 1980s design with padded shoulders and an exaggerated peplum to slim the waist.

The look was designed by couturier Victor Edelstien, who made some of Diana’s most iconic dresses – including the velvet evening dress she wore to the White House in 1985, where she danced with John Travolta.

As Diana transitioned from the excessive glamor of the 1980s to the streamlined aesthetic of the 1990s, she began experimenting with new styles. One of these was taking on men’s tailoring for their day and event wear in the form of coat dresses and statement jackets. During the 1988 Royal Ascot event, Diana wore a dove gray coat and white dress designed by Catherine Walker.

Walker wrote in her autobiography: “This suit was designed to emulate the traditional cutaway tailcoat very commonly worn by gentlemen during the reign of George III. Use a dress block to give the coat a more curvaceous line.

In 1990, Diana wore another Walker design for Royal Ascot, this time in a daring purple and red colour-blocked style.

The outfit was designed for the Princess’ visit to Hong Kong with Prince Charles the year before. Walker, in collaboration with Diana, selected the bold color palette to complement the rich traditional silks used in Hong Kong. The pagoda-shaped hat that matched the outfit was made by the princess’s favorite dressmaker, Philip Somerville.

On her first visit to Royal Ascot as a member of the royal family, Kate Middleton wore an elegant white lace dress by Italian designers Dolce & Gabbana. The king paired the dress with nude suede heels and a statement hat by Jane Taylor Milliners.

When approaching the Daily Telegraph After pictures from the event began circulating online, Domenico Dolce and Stefano Gabbana said: “We are big fans of Duchess Kate. It is a great honor for us to see her in our clothes.”

Camilla, Duchess of Cornwall has been attending Royal Ascot for many years. Since marrying Prince Charles in 2005, she has taken part in the annual carriage procession with the Queen. On the second day of the 2017 Royal Ascot event, Camilla wore an elegant blue outfit in layered chiffon with pleated details.

The Duchess accompanied her dress with a hat by milliner Philip Treacy, a favorite of Kate Middleton.

Meghan Markle has only attended Royal Ascot once since marrying into the royal family, and that was in the weeks following her wedding in May 2018.

For the event, Meghan wore an elegant white silk crepe shirt dress with delicate white embroidery paired with a contrasting black belt made by Givenchy, the designers of her wedding dress.

Meghan paired this look with a sculptural hat by milliner Philip Treacy.

Sophie, Countess of Wessex is married to Prince Edward, the youngest son of Queen Elizabeth II, and has been widely hailed as one of the most fashionable members of the royal family.

The floral patterned dress on a pale pink ground was paired with a wide brimmed hat in the same material, making for a bold patterned statement against a sea of ​​color blocking in the royal enclosure.

For Royal Ascot in 2019, Kate Middleton wore a spectacular cool blue layered tulle gown with velvet appliqués by Lebanese designer Elie Saab. The Duchess paired her look with silver accessories and a plate-style hat with floral embellishments by Philip Treacy.

It was thought Queen Elizabeth II would not make her traditional public appearance for the first Royal Ascot event since the COVID-19 pandemic, opting instead to watch on TV from Windsor Castle.

Despite missing the first day of the event for only the second time in her seven-decade reign, the Queen was cheered when she appeared on the course for the second day of the race.

The Queen wore a chic ice blue coat designed by her closest collaborator, Angela Kelly, with a statement hat to match.