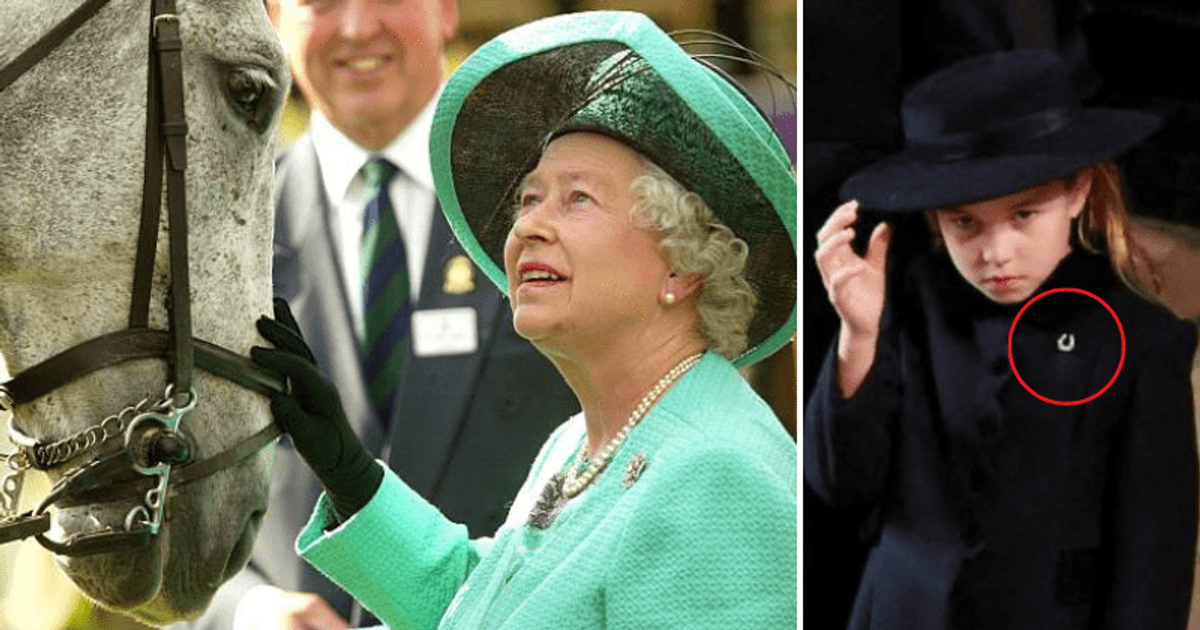 The seven-year-old, who is reportedly learning to ride a horse, walked behind the Queen’s coffin with her brother Prince George and their parents

LONDON, ENGLAND: Princess Charlotte wore a small horseshoe-shaped badge to honor Queen Elizabeth II at her state funeral as a personal tribute to her great-grandmother.

The seven-year-old walked behind the coffin of Queen Elizabeth II alongside her brother Prince George and parents, the Prince and Princess of Wales, William and Katherine. Dressed all in black and wearing a formal hat for the first time. As previously mentioned, she pinned a small diamond brooch in the shape of a horseshoe to her coat to honor one of the late monarch’s great passions. Charlotte, who is learning to ride herself, accompanied her brother to Westminster Abbey in the same car as her mother and Camilla, the Queen Consort.

The two young royals were seen in public for the first time since the death of their beloved great-grandmother, who they affectionately nicknamed “Gan Gan”. They arrived at the church shortly after some of the Queen’s grandchildren, including Princesses Beatrice and Eugenie. Charlotte matched her mother as she was dressed in an all black long coat and a bow tie hat for the first time.

Charlotte was part of the royal family’s procession behind the Queen’s coffin alongside Wiliam and Kate and brother George, 9. The family walked down the aisle of Westminster Abbey before Kate accompanied the little ones to the service. William had arrived earlier with King Charles.

Earlier, the Prince and Princess of Wales had reportedly mooted bringing their two eldest children to the procession and service, particularly after they both attended the funeral of their great-grandfather, Prince Consort Prince Philip, in 2021. They finally decided to bring them both. George, who is second in line to the throne at the tender age of nine, dropped in after senior Palace advisers said it would send a strong symbolic message about The Firm’s future.

It is fascinating to note that the young prince is now second in line to succession, having recently opened a new school. Nonetheless, royal aides thought it would be good for the public to see the young prince, who is technically the future of the monarchy. As People noted, George and Charlotte are several years younger than William when he attended his mother Princess Diana’s funeral in 1997 at the age of 15. However, four-year-old Prince Louis was probably deemed too young to attend Monday’s funeral.

As mentioned, the royal siblings attended a memorial service for their great-grandfather, the Duke of Edinburgh, in March. This funeral, also held at Westminster Abbey, was scaled down due to Covid-19 restrictions at the time. The Queen’s memorial service provided an opportunity for other family members and representatives of Prince Philip’s various charities to pay their respects.