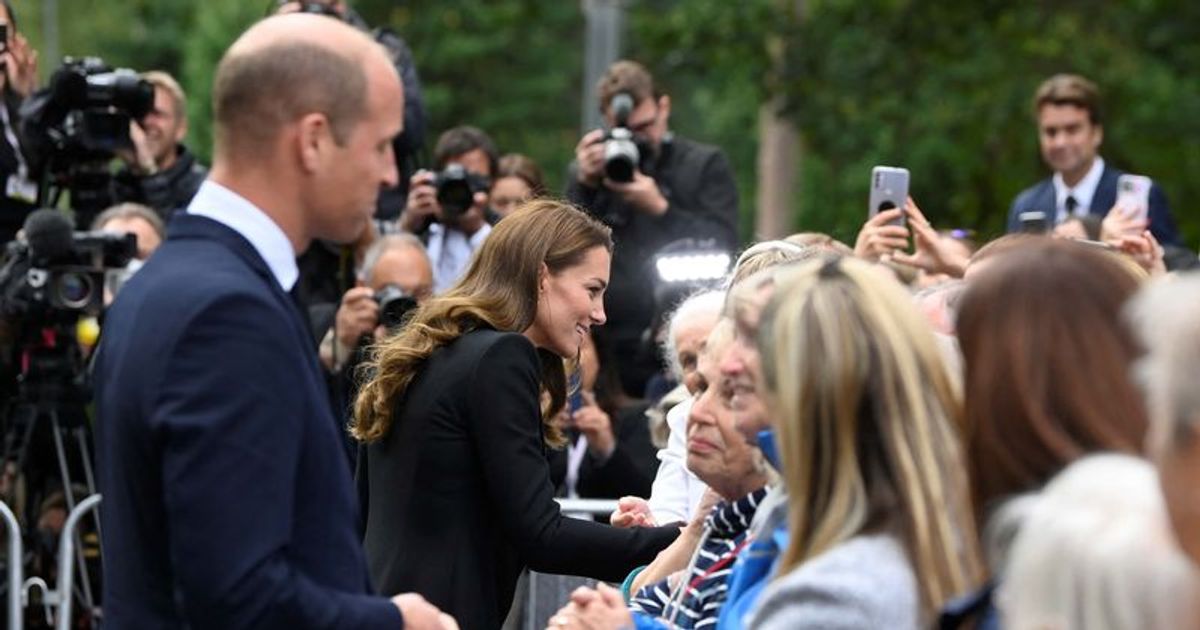 Prince William said they are trying to “keep everything constant” for Prince George, Princess Charlotte and Prince Louis.

LONDON, UNITED KINGDOM: Prince William and Princess Kate made an emotional appearance at Sandringham Estate as the couple continue to mourn the late Queen Elizabeth II ahead of her State Funeral. The new Prince and Princess of Wales have revealed that they have been “trying to keep everything constant” for Prince George, Princess Charlotte and Prince Louis since the death of their children’s beloved ‘Gan Gan’.

According to the Daily Mail on Thursday September 15, while speaking to well-wishers outside the Sandringham Estate in Norfolk, Prince William told royal fans that he thought his grandmother might live longer as the Queen’s mother lived more than a century and died at the age of 101. The Prince of Wales and his family moved to Windsor over the summer and had their children enrolled at Lambrook School when the Queen died aged 96.

Kate remained a “dedicated mother” even after the Queen’s death, staying in Windsor to look after the children while Prince William raced to Balmoral, where the Queen had been staying. William and Kate, both 40, added that their children are “doing fine” before telling royal fans the children are “adjusting in” after their great-grandmother passed away in “the first week of school”. Prince William said to a well-wisher, Karen Anvil, “We’re trying to keep everything consistent and to arrange things for her.” Admitting there was a lot of talk among the students about the Queen’s death, he agreed that it was the “only talking point”.

The Prince of Wales also spoke about how nice it was that his children could have a relationship with their great-grandmother. “I remember my great-grandmother, you know. She lived to 101. We thought my grandmother might get a little bit more,” he said. Kate Middleton also spoke to royal fans before she and her husband watched the tributes for the late Queen and told them the children are “in a routine” and coping with the death of their great-grandmother. She said: “They are in school and they are well taken care of. They have a routine and are happy.” The Princess of Wales added the young princes and princess had made “new friends”.

Discussing the thousands of tributes laid for the late Queen, Kate said: “All the messages and outpouring of love for Her Majesty, I think it is truly extraordinary.” While the royal couple met with well-wishers, The Princess of Wales showed her fondness for children when she chose a young girl from the crowd to put down a corgi toy she had brought as a tribute. The extremely generous mother-of-three also invited a schoolgirl Elizabeth Sulkovska after spotting her and asked Sulkovska to walk beside her to leave Her Majesty her personal gift which was a bouquet of flowers and a teddy bear.

The eight-year-old sobbed and had tears in her eyes as she recalled the moment: “I went with her to put the flowers and the corgi ‘We should take her there.”