Prince William appears to be a ‘clear leader’ as he shows signs of becoming ‘future king’: body language expert 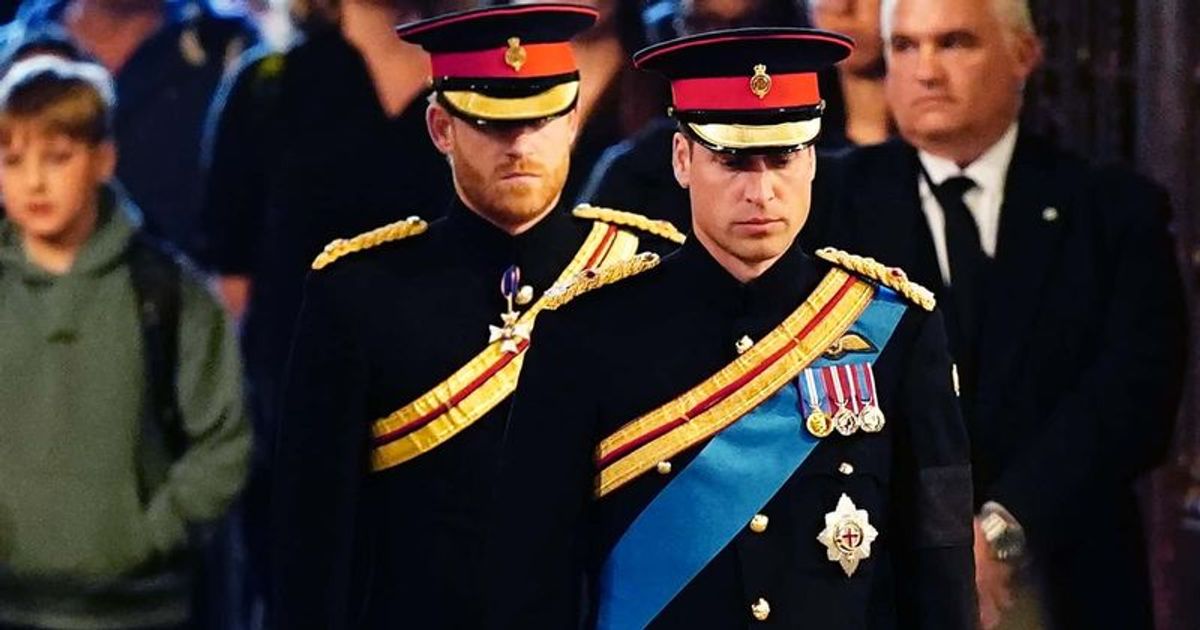 “William has lost some of his shyness and anxiety signals as he appears to have gained in stature and confidence,” said the body language expert

LONDON, UK: A kinesics expert claimed Prince William has shown optimistic signs of becoming a “future king” as he appeared to be the “clear leader” of the group as he joined his cousins ​​to make to mourn her grandmother, the late Queen Elizabeth II at a vigil on Saturday evening September 17. The new Prince of Wales, 40, was accompanied by seven other Queen’s grandchildren. The royal group stood next to her coffin while lying in state at Westminster Hall. A large number of weeping mourners were also present to pay homage to the late Queen.

Speaking to FEMAIL, Judi James, a kinesics expert, revealed that Prince William presented himself as “next in line” while brother Harry looked “quietly emotional” and “proud to be back in uniform”. Meanwhile, their “peacemaker” cousins ​​Zara Tindall and Peter Phillips provided a “supportive presence” to Harry, William, and Princesses Beatrice and Eugenie, Lady Louise Windsor and James, Viscount Severn.

“William’s body language, grandchild-leading and firm-jawed, showed clearly how much he has stepped up in his role as Prince of Wales and next King in line since the Queen’s death,” she said, according to the Daily Mail. “William has lost some of his shyness and anxiety signals over the past few days as he seems to have gained in stature and confidence.”

“William was clearly the instigator and leader of meeting his wife and Harry and Meghan in Windsor and faced the difficult outing with a high level of physical confidence,” James said. “His walk in the crowd before the vigil showed his engaging, social side, and here at the vigil itself he looked like the rock the others drew strength from. Harry walked behind his brother and while Williams’ determined looking expression with a thoughtful look and a slight movement of his jaw were visible. Harry’s hat tip and slightly tilted head meant we could only see the rather compressed, straight line of his mouth. She then continued, “His posture and marching gait reflected pride that he was back in uniform, but overall it was more of a calm, emotional appearance. William led the group and he and Harry were the only siblings not walking side by side. “In his uniform, Harry became purely military: blank and erect, with his tight-lipped mouth just a smooth horizontal line.”

“The Queen’s eight grandchildren showed ‘impressive collective courage,'” said James. “They marched out in lockstep and silently took their places around her coffin, and from the moment they struck their poses the silence from everyone was incredible. Even up close, it was almost impossible to see them even breathing. They showed no signs of nervousness or tension, just dignity and a sense of duty,” she explained.

Princess Anne’s children Zara and Peter were a “supportive presence” for William and Harry, according to the body language expert. “With Zara using a very determined and confident gait despite faltering at the very last moment, either dropping something or losing a shoe at the top of the stairs and stopping the line while bending down to pick it up. Both Zara and Peter’s faces showed some muscle tension with an expression of determination in their jaws. Beatrice and Eugenie were so openly emotional about the loss of their grandmother, they were both crying and hugging or holding hands, but last night they did Kind of applied by royal self-control, don’t exchange glances or supportive looks, but manage their guards in silence and stillness,” she said.