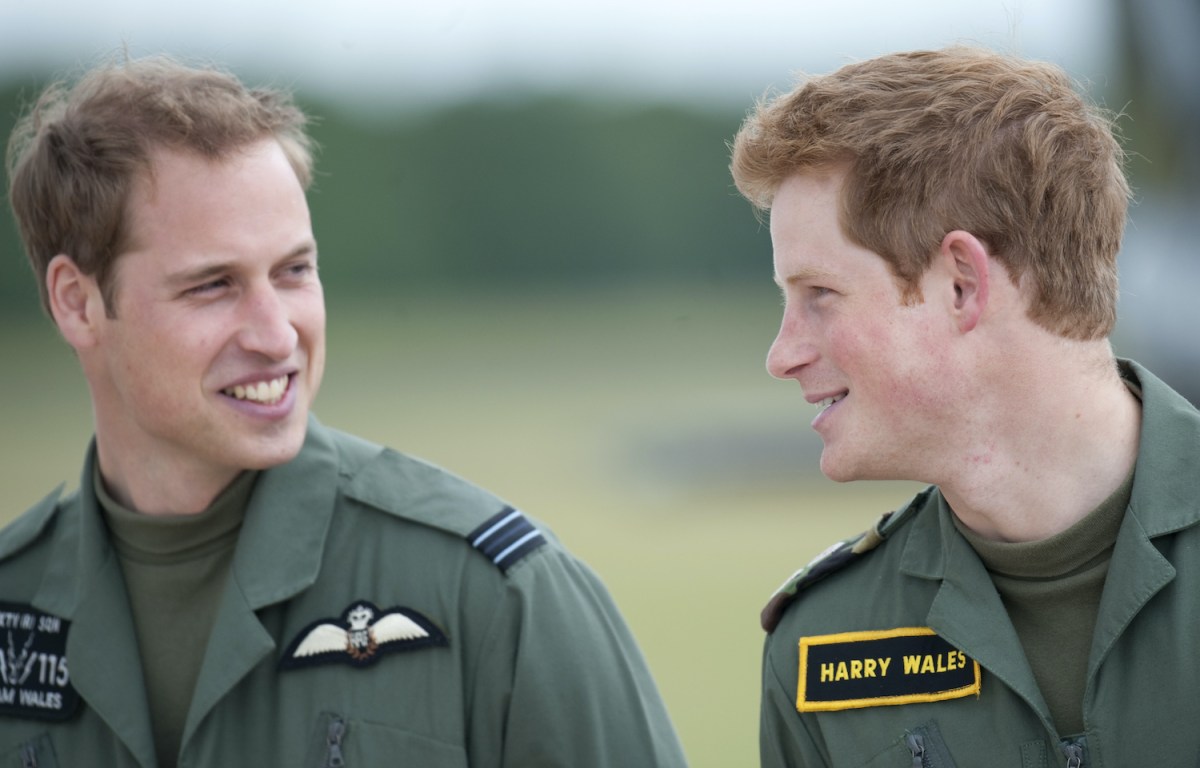 According to a body language expert, Prince Harry and Prince William opened up about their strained relationship in a 2009 interview video. Though the brothers appear playful in the clip, the pundit notes that William’s “relentless banter” leaves Harry hurt by the joking insults.

In a 2009 interview, Harry and William shared details of their experiences of living together while training at the Defense Helicopter Flying School near RAF Shropshire – and there was plenty of teasing.

William called it “a pretty emotional experience.” He shared, “Considering I cook and feed him every day — I think he’s done pretty well.”

Prince William noted that he had to “quite a fair bit of cleaning up” after Harry. “He does a little washing up but he leaves most of it in the sink and then I come back in the morning and have to do the dishes.”

As William said: “He snores a lot too. He keeps me up all night,” Harry joked. “You’ll think we’re sharing a bed.”

“No, it’s very important that we say that,” William said.

Body language expert Judi James took a closer look at the interview clip and shared with Express how it showed the beginning of the “breakdown” between Harry and William.

James noted, “The playful fun was clearly an aspect of their time together, but this clip of them as grown men joking around might also show signs of how the breakdown was the result of years of sibling rivalry.”

She pointed out how Harry’s body language with his arms crossed indicated he was in “adult mode” while discussing his army career. “Harry is a young man now and seemed interested in appearing like a hero worthy of respect and perhaps talking about his frontline battlefield experiences,” James said.

However, Prince William took the opportunity to have fun teasing Harry and looked like he was “eager to tease his brother into schoolboy state” as a “parental/elder sibling,” James noted.

She explained, “He interrupts Harry and relentlessly jokes about things like how messy he was living with him and how he ‘snores a lot’.”

James explained that banter is a “razor-sharp skill that needs constant monitoring to make sure it doesn’t really hurt or go too far”.

She called it “a form of verbal ‘attack’ that can sound funny” and explained that this type of banter can be “embarrassing for the other” person if it continues, which “can lead to arguments and resentment.”

She added, “William sounded like the parent who makes jokes that sound playful but can belittle their child in the eyes of their peers.”

When William said he “fed Harry every day, I think he did pretty well,” Prince Harry gave a “twitch” that showed he “would rather go back to more serious, grown-up mode,” James said.[HarryeverydayIthinkhe’sdoneratherwell”PrinceHarryshoweda“wince”thatshowedhewould“rathergetbacktothemoreseriousadultmode”Jamessaid[HarryeverydayIthinkhe’sdoneratherwell”PrinceHarryshoweda“wince”thatshowedhewould“rathergetbacktothemoreseriousadultmode”Jamessaid

“The banter is definitely two-way and it’s often Harry who starts the ‘insults,’ but there are so many moments here where the competition between them is visible,” James said. “And with the existing imbalance of royal status tipping in William’s favor, his more parental tone here, even while praising his brother, might anger inwardly at a moment when Harry might feel he’s achieved the role of an equal.” .”

James also said that “William’s need to compete with Harry is evident even as he takes pains to point out that being a search and rescue helicopter pilot is just as important as Harry’s front line helicopter work.”

The body language expert said the banter between them was “part of the normal way many siblings have fun together” but that the brothers’ heir and surrogate positions play a role in the “existing status imbalance that Harry clearly felt very strongly.” .