Prince Harry and Meghan’s children, Archie and Lilibet, stayed behind at the Montecito home as Sussexes attended the Queen’s vigil 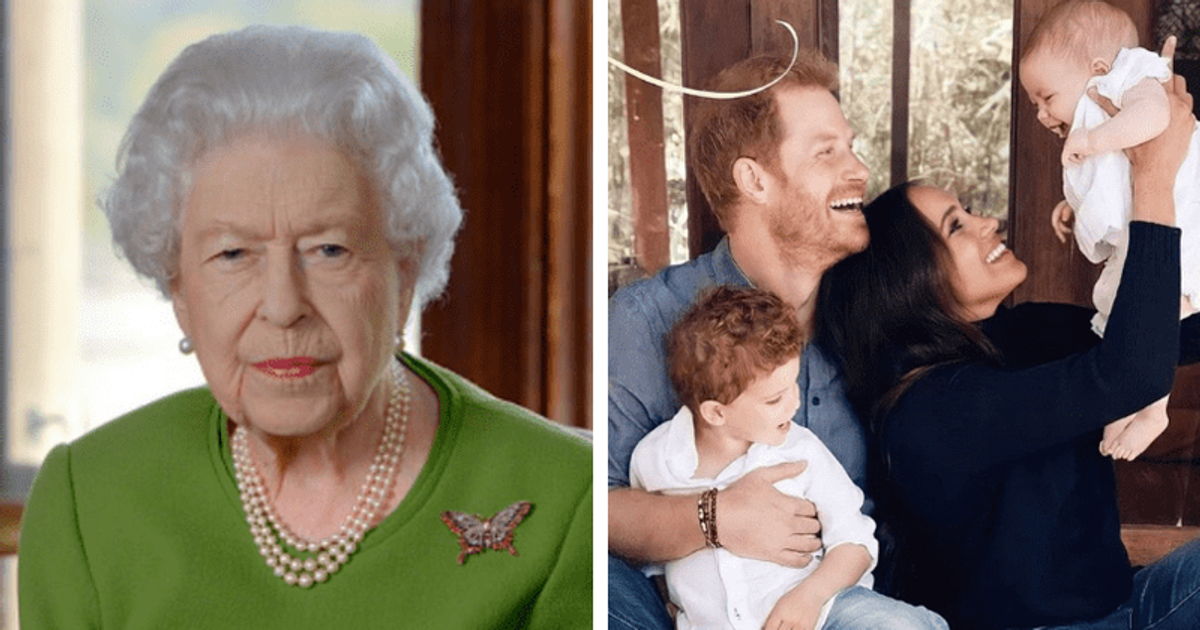 Archie, 3, and 15-month-old Lilibet stayed at their new home in California under the care of nanny and Meghan’s mother, Doria Ragland

LONDON, ENGLAND: Earlier reports claimed that Prince Harry and Meghan Markle are considering flying their children Archie and Lilibet to the UK to attend the funeral of the late Queen Elizabeth II. But the whereabouts of the youngest members of the Sussex family remained unknown in the final hours before the Queen’s state funeral last night.

The youngest Sussex family members Archie, 3, and Lilibet, 15-months-old, are believed to have stayed behind at the royal couple’s new mansion in California while the Duke and Duchess of Sussex attended the vigil for the late Queen at the Westminster Hall in London, a DailyMail report claimed.

According to the report, the two children stayed at the couple’s home in Montecito, California, where the couple relocated after stepping down from royal duties in January 2020. The children are currently being cared for by nannies and Meghan’s mother, Doria Ragland. However, Ragland was spotted alone in Los Angeles on Friday, September 17.

Earlier this week, a source close to Harry and Meghan told the Telegraph that the couple were considering flying their children to the UK with their grandmother to attend the funeral of the late Queen, who died on Thursday September 8, according to the plan of the royal couple came out after they extended their trip to the UK and decided to stay in Harry’s home country until the Queen’s state funeral.

The two young children had very little opportunity to spend time with their grandmother. Archie, born in 2019, only shares a picture with the Queen that was taken shortly after his birth. The two children last met the Queen at a private luncheon in Windsor around the time of Lilibet’s first birthday in June. Prince Harry referred to this meeting of the Queen with her great-grandchildren in a statement released shortly after the Queen’s death. “Grandma, while we are deeply saddened by this final goodbye, I am forever grateful for all of our first encounters – from my earliest childhood memories of being with you, to first meeting you as my Commander-in-Chief, to the first moment you met my beloved wife and yours hugging beloved great-grandchildren,” the Duke of Sussex said in his statement.

It has been reported that the new King Charles will not reveal the new royal titles for Archie and Lilibet until the official royal mourning period on September 26 is over. There is speculation that the duo will receive prince and princess titles but will not receive His and Her Royal Highness (HRH) titles as their parents Prince Harry and Meghan are not performing their royal duties. For now, Archie and Lilibet will be referred to in the line of succession on the official royal website as Master Archie Mountbatten-Windsor and Miss Lilibet Mountbatten-Windsor.