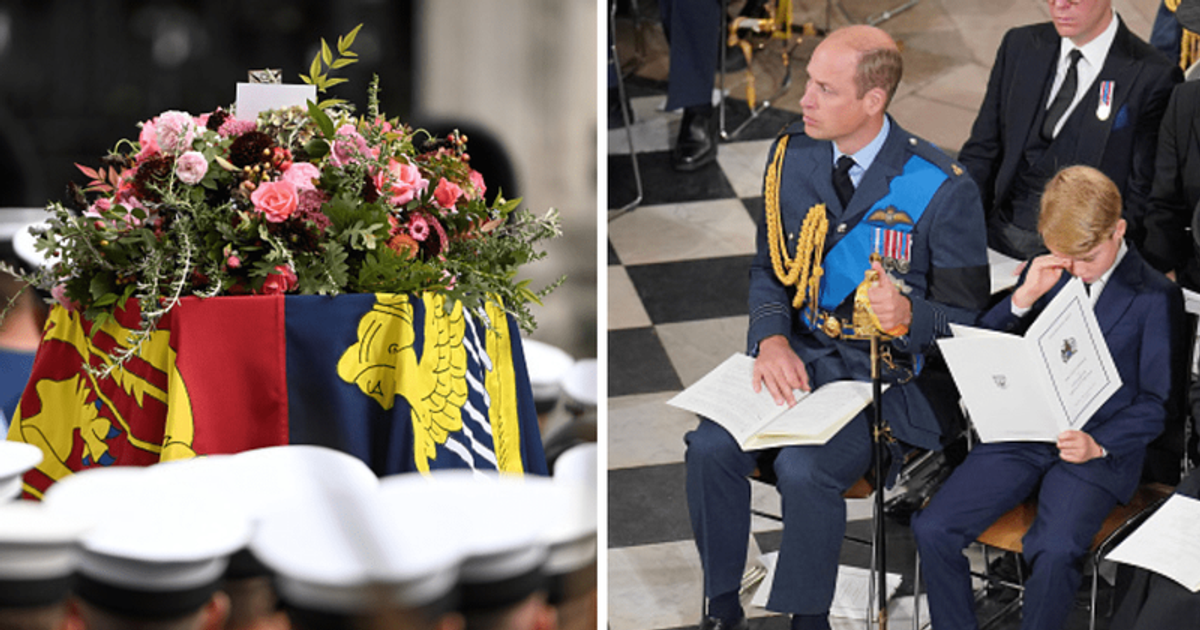 LONDON, UK: Prince George joined his parents Prince William and Kate Middleton to pay their last respects to his great-grandmother, Queen Elizabeth, at her state funeral at Westminister Abbey on Monday September 19.

A body language expert claimed that the 9-year-old, who was accompanied by his sister Princess Charlotte, appeared “heartbreakingly sad” at the state funeral and showed “concern” for father Prince William, who was visibly moved at the death of his Grandmother.

While Prince of Wales joined his father, King Charles, and brother Prince Harry to walk behind the Queen’s coffin being carried by 98 Royal Navy sailors on a State Gun Carriage, George was traveling with his mother, Princess of Wales , Kate Middleton, in a car to British Historic Church , Sister Princess Charlotte and Queen Consort Camilla.

At the moving funeral, George walked behind his great-grandmother’s coffin and later sat quietly next to his father while the congregation sang the national anthem. Given his sadness and grief, a body language expert said the little boy was “heartbreakingly sad.”

Judi James told The Sun: “Prince George walked alongside his father and despite some looks William cast at his son, George’s upright bearing suggested he needed little reassurance and it was the expression he gave his father looked more like a warm worried smile to check if he was alright”.

“George also mimicked some of his father’s body language, checking and smoothing his suit jacket like an adult. His eye expression as they followed the coffin looked heartbreakingly sad and he could be seen wiping his eyes at the start of the service, but there was no sign of eliciting any concerns from William.

Not only did George mimic his parents’ body language, her sister Charlotte also showed her grief. Like her mother, the little princess tipped her hat during the funeral procession. Charlotte was also seen reminding her brother George of royal protocol while standing next to their grandmother’s coffin as she told him to bow during the procession.

The Queen’s funeral procession from Westminister Hall to Westminister Abbey began at around 10.45am. The State Gun Carriage carrying the Queen’s coffin arrived at the church just before 11am. A single toll from Big Ben signaled the start of services at Westminster Abbey, where kings and queens have been crowned and buried since 1066. Her Majesty is buried in Windsor alongside her beloved husband Prince Philip and her parents, George VI and the Queen Mother.