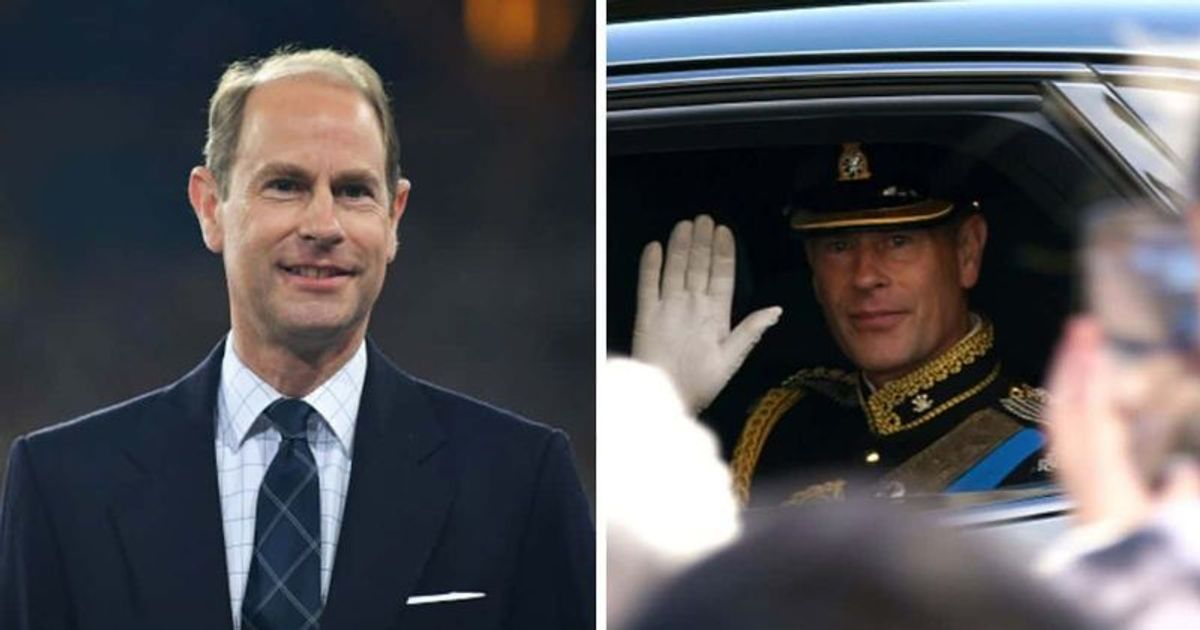 People gathered to mourn the death of Queen Elizabeth II had to settle for a smile and a wave from Prince Edward, Earl of Wessex

LONDON, ENGLAND: The late Queen Elizabeth II’s youngest son, Prince Edward, finally gave an explanation as to why he didn’t shake hands with people as he greeted thousands of people who had come to pay their respects to his late mother . He argued that there were just a lot of people there, and if he shook hands with any of them, he would feel obligated to shake hands with everyone.

So he apparently chose not to shake hands because of a simple fact and not because he can’t bear to touch the germ-infested hands of the proletariat, meaning the people who have gathered to worship the British monarchy , had to settle for a smile and a wave for the 58-year-old prince.

Following the Queen’s death on September 8, the Earl and Countess of Wessex have been in London for a few days and the Queen’s youngest child and his wife are spending much time outside the royal residence to greet some of the mourners who had made their way to Buckingham Palace exposed as they chose individual people to chat with.

But Prince Edward didn’t like shaking hands when people reached out, instead preferring a wave to physical contact. “You would [my hands would] fall down!”

Edward explained after reluctantly accepting one from a member of the crowd, “I was trying to avoid it just because I have to shake everyone’s hands once I do it.” Edward then walked away with his wife Sophie and continued chatting to other mourners gathered outside the royal palace, though he didn’t want to touch anyone. Edward also mentioned that his mother “would appreciate this fantastic support” being offered to his family.

The Earl and Countess of Wessex released a statement following the Queen’s death, saying: “We have been overwhelmed by the flood of emotions that has flooded us and the sheer number of people who have made every effort to to express their own love, admiration and respect for such a special and unique person who has always been there for us.” They continued, “Thank you for your support, you have no idea how much it means.”