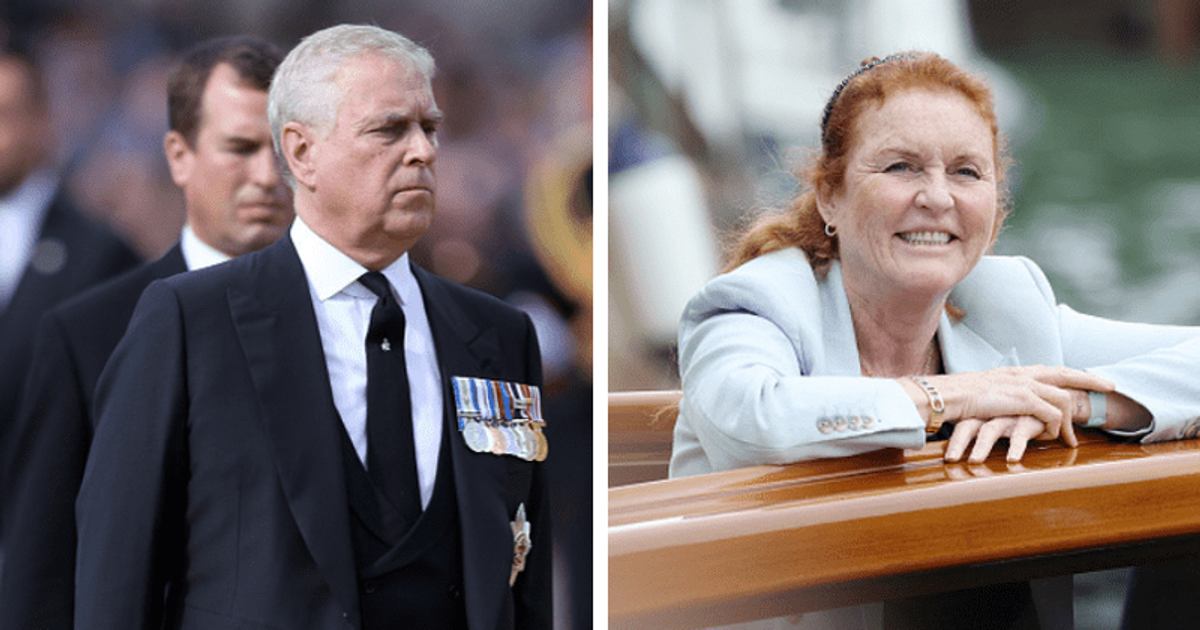 Andrew has made various public appearances following the Queen’s death, although he has officially retired from public duties over the Epstein scandal

LONDON, UNITED KINGDOM: Prince Andrew was joined by his ex-wife Sarah Ferguson as he attended the tributes to Queen Elizabeth outside Windsor Castle on Friday September 16. The Duke of York was seen walking the castle grounds and looking at the carpet of flowers that was left behind for members of the public.

The Queen’s second son was accompanied by his ex-wife Sarah, whom he divorced in 1996. Sarah was seen inspecting the flowers and reading some of the messages. The former couple are parents to Princess Beatrice and Eugenie.

According to the Mirror, thousands of bouquets are currently being moved from outside and placed around the grounds each night. Following the Queen’s death on Thursday 8 September, Andrew made several public appearances after officially retiring from public office over the Jeffrey Epstein scandal.

The 62-year-old was traveling with Prince William of Wales, the Princess Royal and the Earl of Wessex when they landed in Aberdeen just before news of the Queen’s death broke. In the meantime, King Charles III. and Queen Consort Camilla on a tour of the British Nations.

Andrew joined the royal procession on Edinburgh’s Royal Mile on Monday 14 September, escorting the Queen’s coffin to St Giles’ Cathedral. Meanwhile, according to the outlet, a member of the Crown has been arrested after insulting Prince Andrew during the procession. Police in Scotland have charged the man with breach of the peace.

The Duke of York will wear a uniform at the vigils this week. The move drew criticism from some members of the public after the Queen stripped him of all honorary military posts. He was given the green light to wear his Navy garb, although his HRH title and Colonel of the Grenadier Guards were removed.

Prince Andrew was previously in the news for his civil sexual assault, which stemmed from his friendship with convicted sex offender, the late Jeffrey Epstein. He was kept away from media attention and not invited to the Queen’s Platinum Jubilee celebrations in June this year.

In January 2022, Andrew was hit with a civil sexual assault case by Virginia Giuffre, who accused him of sexually assaulting her as a teenager. As a result, he had to give up his title “His Royal Highness”, which distinguishes a person as “royal” over others. Andrew was also forced to relinquish his patronage and honorary military roles. The case was settled for an undisclosed sum.

But things may gradually change over time as Prince Andrew distances himself from the “working royals”. He will most likely continue to be kept away from public parts of ceremonies and from royal duties open to the public. However, the Queen’s funeral is an exception for obvious reasons.