PHOTOS: Tristan MacManus’ 3 children are growing up so fast 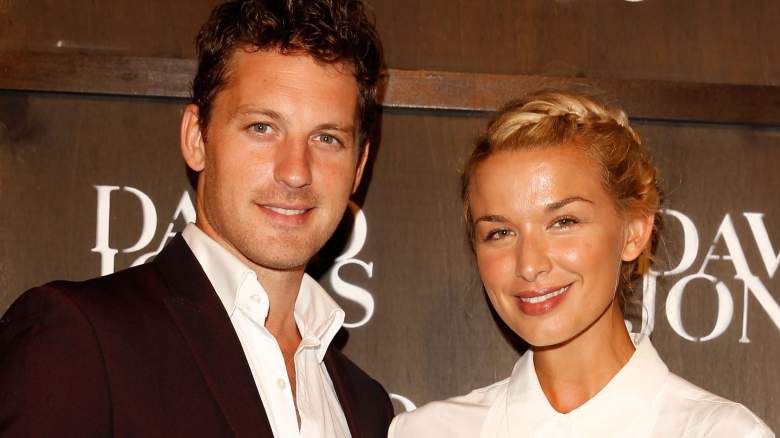 Former Dancing With the Stars professional dancer Tristan MacManus and his wife Tahyna Tozzi have three children, and they’re absolutely gorgeous. The family celebrated their youngest child’s 1st birthday in early May by posting a series of adorable photos of their brood on social media.

Former professional dancer Tristan MacManus and his wife Tahyna have three children, the youngest of whom is named Tadhg. He was born on May 3, 2021. For the little one’s first birthday, Tristan posted a family photo on Instagram with the caption, “Three is the magic number!! Our Tadhg Nuada has been making our family whole and complete for a year – what a little legend.”

In case you’re curious, ‘Tadhg’ is a traditional Irish and Scottish Gaelic name meaning ‘poet’ or ‘philosopher’, which makes sense as MacManus is originally from Bray, Ireland. The name is pronounced “Tige”, like the word “Tiger” without the R at the end.

The MacManus clan also have two other children – 6-year-old daughter Echo and 3-year-old son Oisin. Tristan and Tahyna, an Australian filmmaker, married on January 25, 2014. For Mother’s Day 2022, Tristan posted a hilarious series of photos of her family on Instagram with the caption, “Being a parent is sometimes tough but always great – you help them learn, They make them laugh and hold them while they puke @tahynamacmanus,” to which Tahyna replied in the comments, “It involves a lot of poop all the time.”

In addition to the three beautiful children they have, Tahyna has spoken openly about the losses they have endured. In 2020 she shot a documentary entitled “MuM – Misunderstandings of miscarriages”.

When the film came out, Tahyna wrote on Instagram: “I’ve had three losses and each of them broke me. Sharing my experience has helped me heal, so I encourage anyone who is willing to share their experience or to support those who have experienced pregnancy loss to share a picture of themselves as I did and part to become the #circleofsupport. Let’s share stories and help each other create the resources some of us never had.”

And in an Instagram post marking the anniversary of its release, Tahyna thanked the documentary’s subjects, writing, “I am forever grateful to the beautiful women and families who have allowed me to share parts of their story. Your courage and trust made this whole experience so valuable. The support and encouragement for the film and messages has been overwhelming, thank you to everyone who has reached out. It was incredible to see changes happen and a conversation opened up. Thank you to the team that helped me create this film that I am so proud of.”

Tristan was a pro on “Dancing With the Stars” from season 13 to season 17. He is now the co-host of Studio 10’s live morning show in Australia. On the show, he has championed taking care of himself, particularly heart health, after suffering two heart attacks before the age of 37. The second heart attack led to a diagnosis of myopericarditis, an inflammation of both the pericardium and the sac surrounding the heart muscle, and can lead to fluid in the heart.

CONTINUE READING: Artem Chigvintsev opens up about his retirement from ‘Dancing With the Stars’