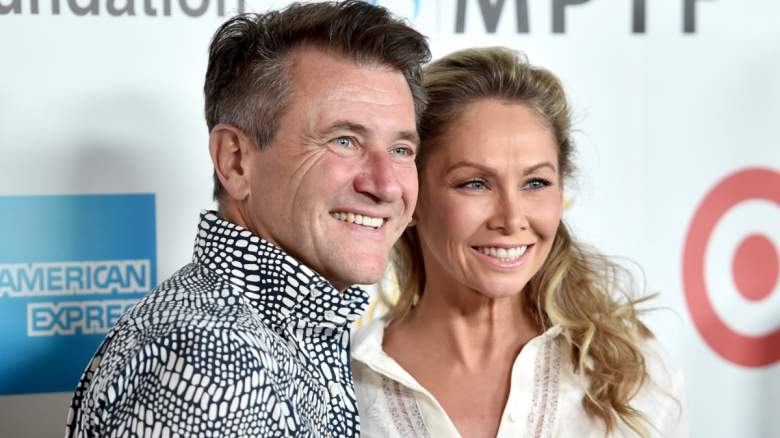 Robert and Kym Herjavec have spent much of the summer abroad with their four-year-old twins, Haven and Hudson. The family has traveled to Italy and Croatia, exploring new places, eating new foods and making new memories.

The Dancing With the Stars pro was back in the States to film some promo stuff for the show’s 31st season, and then was back to enjoy a few more days of vacation before their babies go to school went.

At the end of August 2022, Kym shared several pictures from the family’s recent trip to Croatia, where Robert is from. They spent time wandering around the small towns, shopping and even visiting the Blue Cave with some friends including Carson Kressley.

During their summer travels, the Herjavec twins proved that they are perfect water babies. The little ones were in the sea at every opportunity, swam with floats and even tried their hand at surfing.

On August 30, 2022, Kym shared a picture of the foursome swimming in Vis Pritiscina, an area not far from Podhumlje with green water popular with beachgoers.

“Fairy Tale World!!! Such a lovely family!!” someone else wrote.

Later that day, Kym shared a picture of the family’s trip to the Blue Cave.

“This sky-blue oasis, the magnificent work of Mother Nature, is so unique because it was created by the seawater eroding the limestone, a rock that makes up the entire island of Biševo. A mesmerizing blue hue fills its capacity thanks to the reflection of sunlight on the white seabed creeping through the opening of a vault at the top of the cave,” says a description of the site on the Split Day Trips website.

Everyone seemed to be having fun in the photo, although Haven was a little skeptical about their surroundings.

Next up were some family photos, and it looks like Hudson and Haven met some of their extended families on the trip.

The Herjavecs also spent time on a boat and lived their best life on the open water.

One day they enjoyed entertainment from a local dance group. Not only did Kym show off her skills — “my baby still has it,” Robert captioned a video of her dancing — but Hudson attempted to learn a traditional folk dance.

“My little Croatian is learning some Kolo,” Kym commented on a video of Hudson with the dancers. Robert could be heard cheering him on in the background.