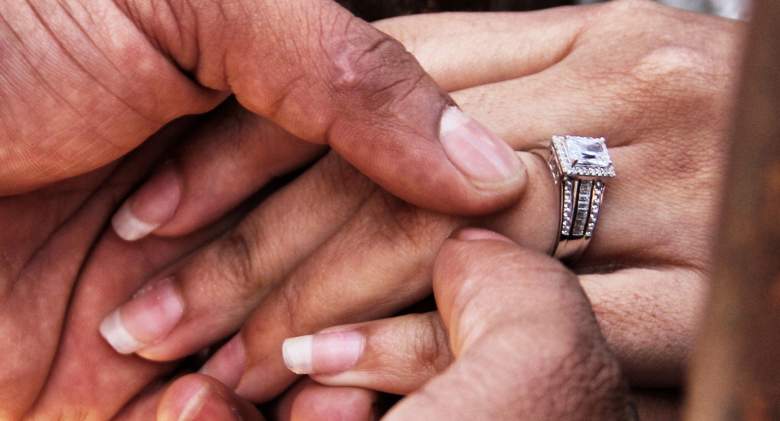 The daughter of a former Real Housewives of Orange County star has married (twice).

Peggy Sulahian, who appeared on the show in season 12 and was the 100th housewife, announced her daughter Giovanna Sulahian’s marriage to Jack Bazerkanian.

Giovanna was married after a religious ceremony at the Armenian Church in Cabo San Lucas, Mexico. The ceremony took place at night on the beach and was followed by a big party and fireworks, according to photos posted by her wedding photographer, Kris Kan.

“What a way to end the ceremony!” he wrote under the caption of a video of the couple with the fireworks behind them. “A beautiful couple, beautiful families uniting and of course a wedding to remember! Congratulations to you both! To Jack and Giovanna!”

According to their wedding website, the wedding events took place June 9-12 and included a “welcome toast” on Thursday and a “day off” on Friday when “you can find Jack & Giovanna by the pool.”

The couple are registered with Bloomingdales, CB2 and Geary Beverly Hills.

Giovanna’s new husband is an attorney in Los Angeles and his website states that he is “winning a $1,000,000 settlement for one of his clients in a wrongful termination case involving age discrimination and even a case against the county.” Los Angeles took in a man from the hands of the Los Angeles Sheriff’s Department for wrongful death, where he secured a $650,000 settlement for the victim’s family.”

“A whole weekend of love, laughter and memories! Congratulations to these two, we all wish you a lifetime of happiness and endless love,” the photographer captioned the collection of images on his professional account.

The bride responded to the pictures and wrote: “The absolute best!!! Love you!!” and the photographer responded back saying, “Thank you. We all love you Jack and the family! Many blessings from us to you two lovebirds.”

Peggy shared several videos of the wedding and the preparation process on her Instagram Stories.

The couple wed for the first time on May 22, 2022 at St. Garabed Armenian Apostolic Church in Los Angeles, California.

“9 days ’till we say I’ll do it again hehe I love you so much,” she wrote with her new groom at her post outside the church.

Peggy wrote: “Next stop: Cabo!” on the snap of her and her daughter and Peggy’s ex-husband (and current boyfriend) Diko Sulahjan.

Before the wedding, several Instagram stories were posted of Peggy and her kids celebrating at the Nobu Hotel Los Cabos.

Peggy only appeared on the show for one season but was part of an iconic Real Housewives journey when the women went to Ireland. There was drama on the trip, partly because of Peggy. She brought up the fact that Meghan King’s baby was crying and there was no one to comfort him.