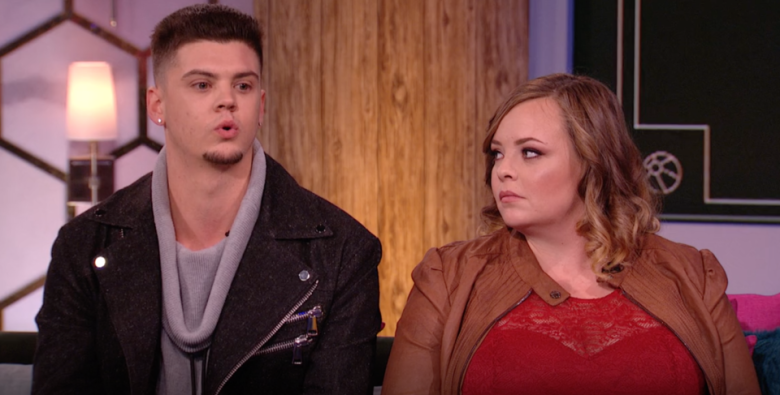 Teen Mom OG star Tyler Baltierra received virtual applause from fans on social media after posting his latest progress photos. The MTV personality has been bodybuilding for two years, and sharp lighting inspired the father-of-three to share his latest triumph on his fitness journey.

“When you’re in the middle of a cut and the lighting is just way too good not to take progress pics lol 😏 iykyk! 🤣💪🏻😤 Hard work pays off! #FitnessJourney #BodyBuilding #Ectomorph,” Baltierra wrote via Instagram on July 20.

One of Baltierra’s friends asked why the MTV star was “so hot.” He wrote: “Can you give me a detailed answer? Thanks in advance.”

Baltierra had an answer.

“mm 🤔 I suppose it has something to do with the biological makeup of my ancestors (both maternal and paternal) that eventually propagated to the specimen you see in front of you,” he wrote back. “I mean idk I’m just taking a wild guess here lol I could be wrong though! 🤷🏻‍♂️😂.”

“As someone who is constantly struggling with my fitness and body image journey, if that’s what motivates you, no hate,” one person wrote. “He’s worked hard and sees good results for him.”

“I think he looks freaking hot 😍😍,” added another.

Not everyone was so polite.

“I feel like this guy has been posting ‘progress pics’ for the last 10 years. Just call it what it is and need validation from strangers 🥴,” said one fan, who received more than 100 upvotes.

Baltierra said he has an “endomorphic” body type, meaning his physiology results in “higher percentages of body fat and less muscle mass,” according to Healthline. This means Baltierra have a harder time building muscle than people with other body types.

“I’ve always been known as ‘the skinny guy’ and I never got to gain weight!” he explained on June 23. “I wouldn’t even take my shirt off because I always thought I looked sickly skinny and I hated my bony chest so much I swam with my shirt on lol.”

“Slowly melting off that fat while retaining that little bit of muscle I’ve worked really hard to gain and I swear every week my body is changing and I’m thrilled with it!” he added.

Baltierra, 30, has been working on transforming his body since June 2020. He published his first progress photo in June 2021.

The MTV star’s goal is to build as much muscle as possible while keeping as little fat on his body as possible.

He started at 165 pounds and went up to 199 pounds after a year of training and dieting.

Baltierra’s wife, Catelynn Lowell, is set to star in the new Teen Mom spinoff, titled The Next Chapter. The renovated show doesn’t have a premiere date yet. It’s unclear if Baltierra will appear in the series with his wife.